Martinez, California has been the County seat of Contra Costa County for 170 years, and has labeled itself “Historic Martinez” for the last 50 years, with elaborate signage and marketing for tourism.  In its early growth, Contra Costa County struggled to find the wealth to build quality government buildings in what was, the very wild West. 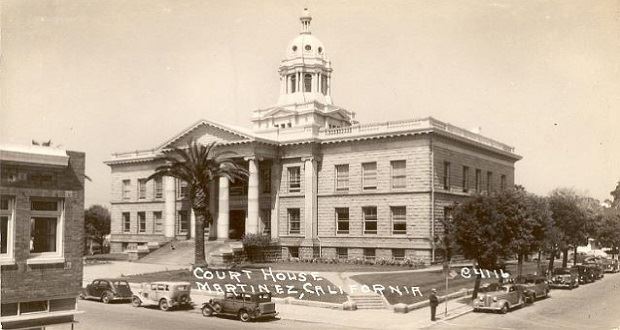 In that effort, they finally funded the 1901 Courthouse (now known as the Finance Building) and by 1903 they had built and opened the 1903 Jail. The same hand-chiseled, quality granite was used throughout both buildings.  The County government buildings are deeply seated in the Historic District of our town.

The architect (Mooser II) clearly designed and crafted these structures with an amazing tribute to the architecture of the day. Especially for a jail.  The arched windows and doors, the number and pattern of windows used, even the antique railing of the stairway inside, show a heart for creating elegance over industry, and pictures of other Mooser family construction exemplifies such. 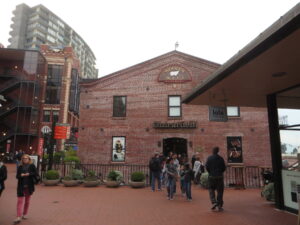 From this one extant building, came the Mooser dynasty in San Francisco. Mooser II, a son, being the first appointed architect and building code author for San Francisco as well as designer of many buildings throughout California which became among some of the most valued landmarks  of government design and use.

An excerpt of a letter to the County from Architect Robert L. Ooley, FAIA, 3-Diamond Fellow states, “In addition to your jail being designed by this venerable architectural dynasty, it is one of the only remaining free-standing jails of the period in California. Mooser was able to express a highly sophisticated Palladium-based architectural design while also responding to the needs of jail operations that included cells for women and those with mental illness.”

In the late 1950’s the County, removed the cupola of the Courthouse only to find they had errored in the engineering report and it would have lasted another 100 years, all too late. 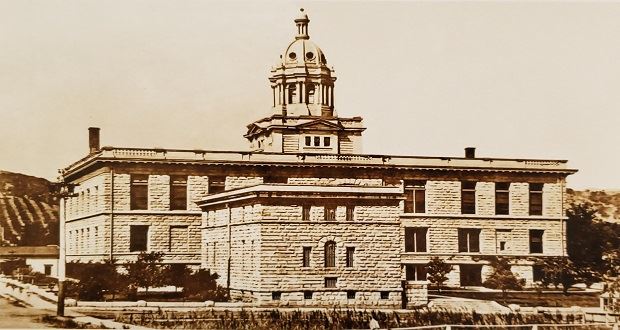 The Architectural Preservation Foundation of Contra Costa County has been working to save the 1903 Jail that is listed on the National Register of Historic Preservation, from a train barreling out of control, demolition without public input.

In 2015, the current Board of Supervisors once again put the buildings on the chopping block and the APFCCC was able to intervene to get time to find someone with financing to take over these as projects to save them. 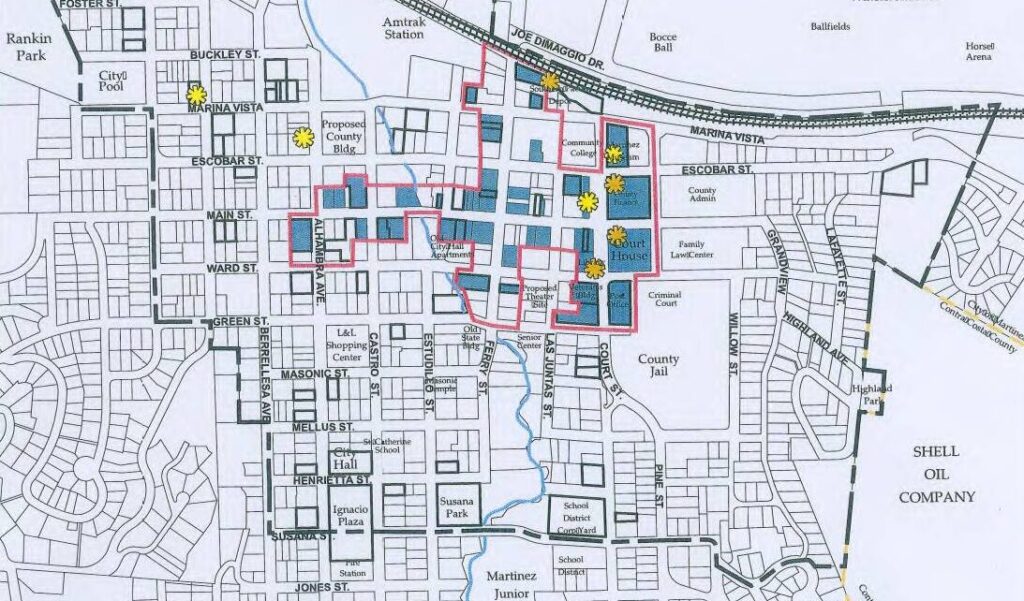 We have found developers with 100 years of experience preserving historical buildings, that are willing to spend the money to save the 1903 jail and preserve its exterior and restore as much of the inside as possible, including earthquake retrofitting on only the interior with no exterior bolting, and turn it into a jail themed restaurant with history museum features inside. The Courthouse has recently been restored by the County and continues to be used as a Finance Bldg. 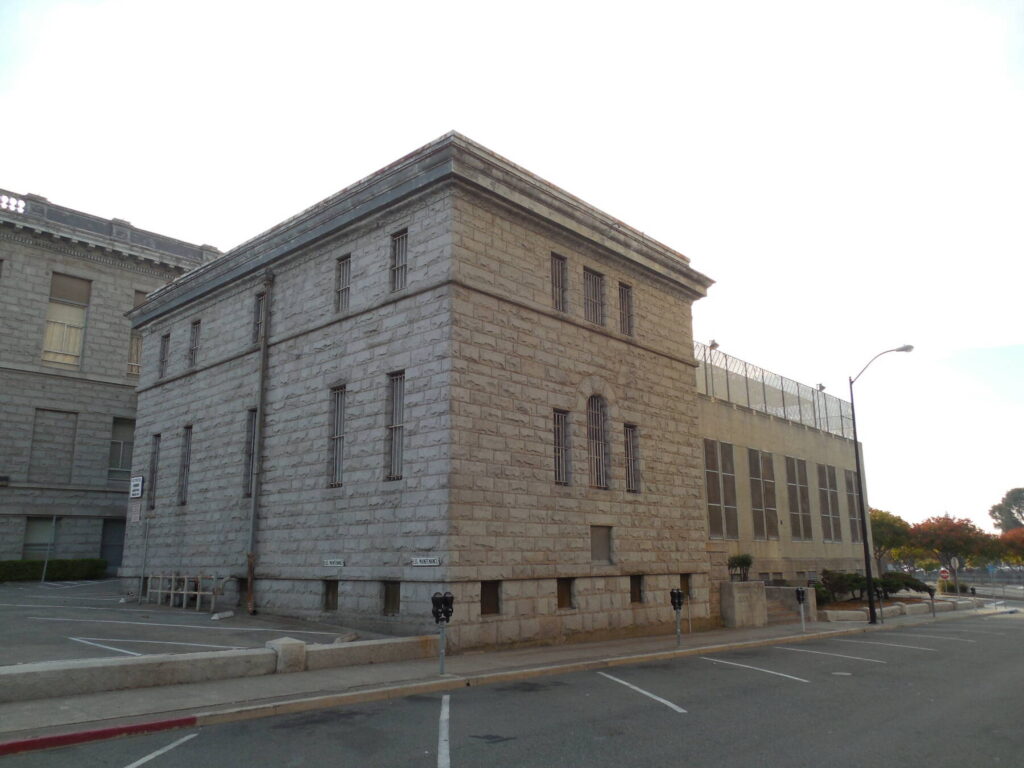 Historic stories we could include in the restaurant could feature the 1944 Port Chicago disaster (Port Chicago Disaster) which the 1903 has survived such blasts that other buildings in the area did not remain so untouched.  1903 and 1944 jails have survived earthquakes over the decades as well.

Last month, we learned the new plan is to turn the entire jail area into a large modern concrete plaza, with complete disregard for the historic identity of our downtown.

The continuing lawsuit over process flaws, environmental injustice, lack of transparency and public input is keeping them from being demolished for the time being.

The historic fabric of our community could be forever harmed as the history, the learning, disappears before our eyes, and the example will be to use heavy hitter attorneys and taxpayer monies to fight the people.  Architecture, history and the story our buildings tell, are a significant part of our DNA and must be preserved for the future.

Early on, the County told us they WANTED to save the 1903.  We want them to keep their promises.  We are trying to save the ONLY free-standing, (Mooser designed) 1903 jail and it is here, in Martinez, California.   We hope you can join us!

You can reach us at: mailto:apfofccc@gmail.com

Born and raised in Martinez, California, since 1951, has spent a lifetime caring about social justice and the preservation of historic places. Martinez is a small town, the county seat of Contra Costa, that is the home of John Muir and Joe DiMaggio. The schools were all built between the years of 1925 and 1965 when she was in them. Now they are mostly new schools although she was able to help win the battle to preserve the 1931 Spanish Revival Martinez Jr. High preserving its beautiful theatre/assembly room but lost the case with saving the Mt. View Primary closed 6/30/89. She has fought for the schools to provide equal educations to all students of the district, while increasing her enthusiasm to save public and government historical buildings around the county. Now, she fights for one of the oldest freestanding jails in California to be saved from the coming bulldozers of the County.

View all posts by Cheryll Grover