Oakland Monster is a winner for the 2021 Preservation Design Award for Preservation or Restoration. Award recipients are selected by a jury of top professionals in the fields of architecture, engineering, planning, and history, as well as renowned architecture critics and journalists. Tickets and sponsorship options are available at californiapreservation.org/awards.

About The Oakland Monster

The Monster was designed by local artist Robert Winston in 1952. Commissioned by Oakland Parks Superintendent William Penn Mott, the sculpture was inspired by Swedish abstract playground design; it was the first of its kind in the United States. By 2015, this children’s play sculpture, located in Oakland’s Lakeside Park, had deteriorated to the point of being unsafe and was fenced off. While not an officially designated landmark, the Monster is beloved by the community. The Monster is featured on the cover of Sly and the Family Stone’s 1968 album, Dance to the Music. The Monster’s restoration–like its original commission–is the result of collaborative efforts by local fundraising groups, pro-bono designers and contractors, and the City of Oakland. The project has restored the Monster to its original visual condition, enables its continued use as a children’s play sculpture, and proves that community passion for cherished resources remain a preservation fundamental. 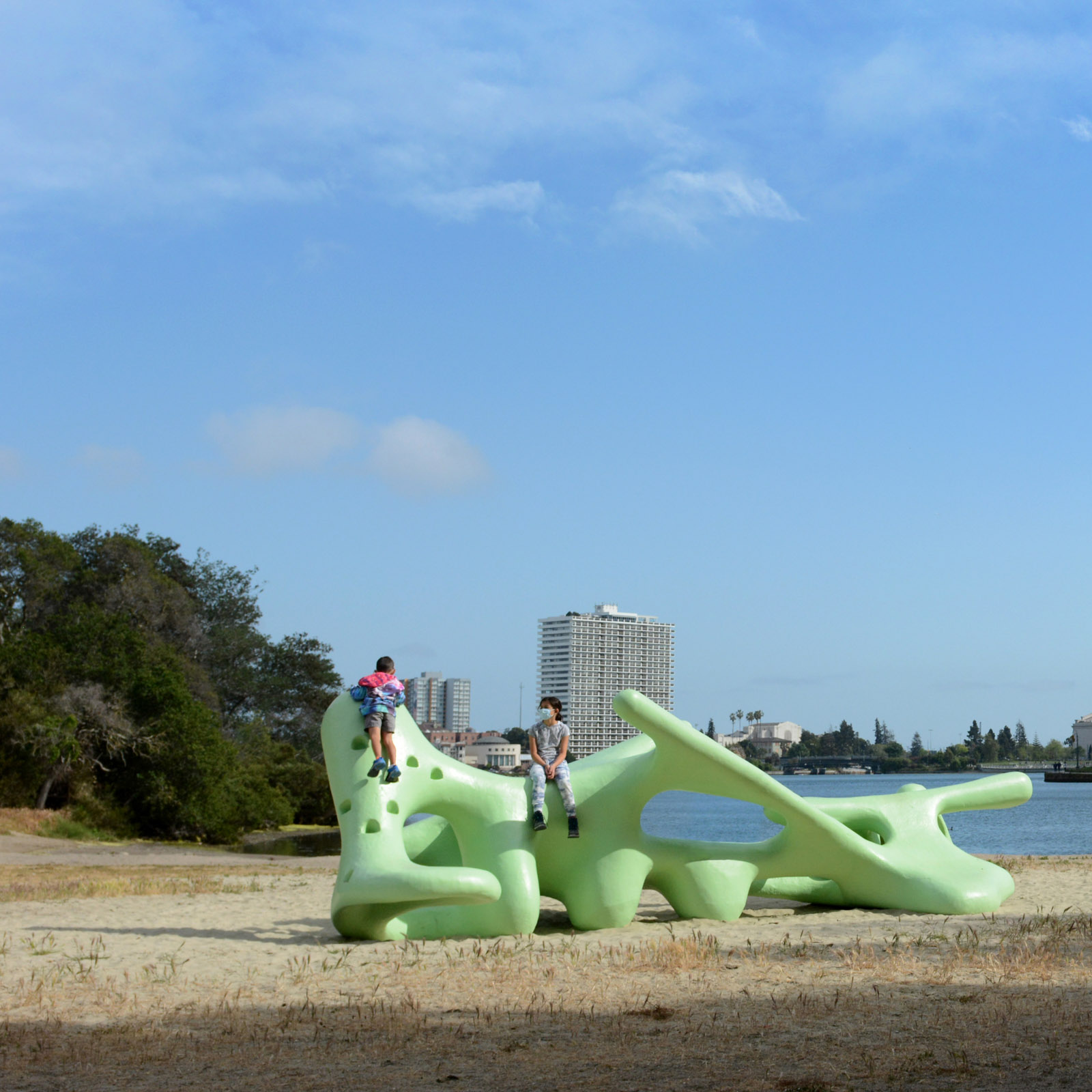