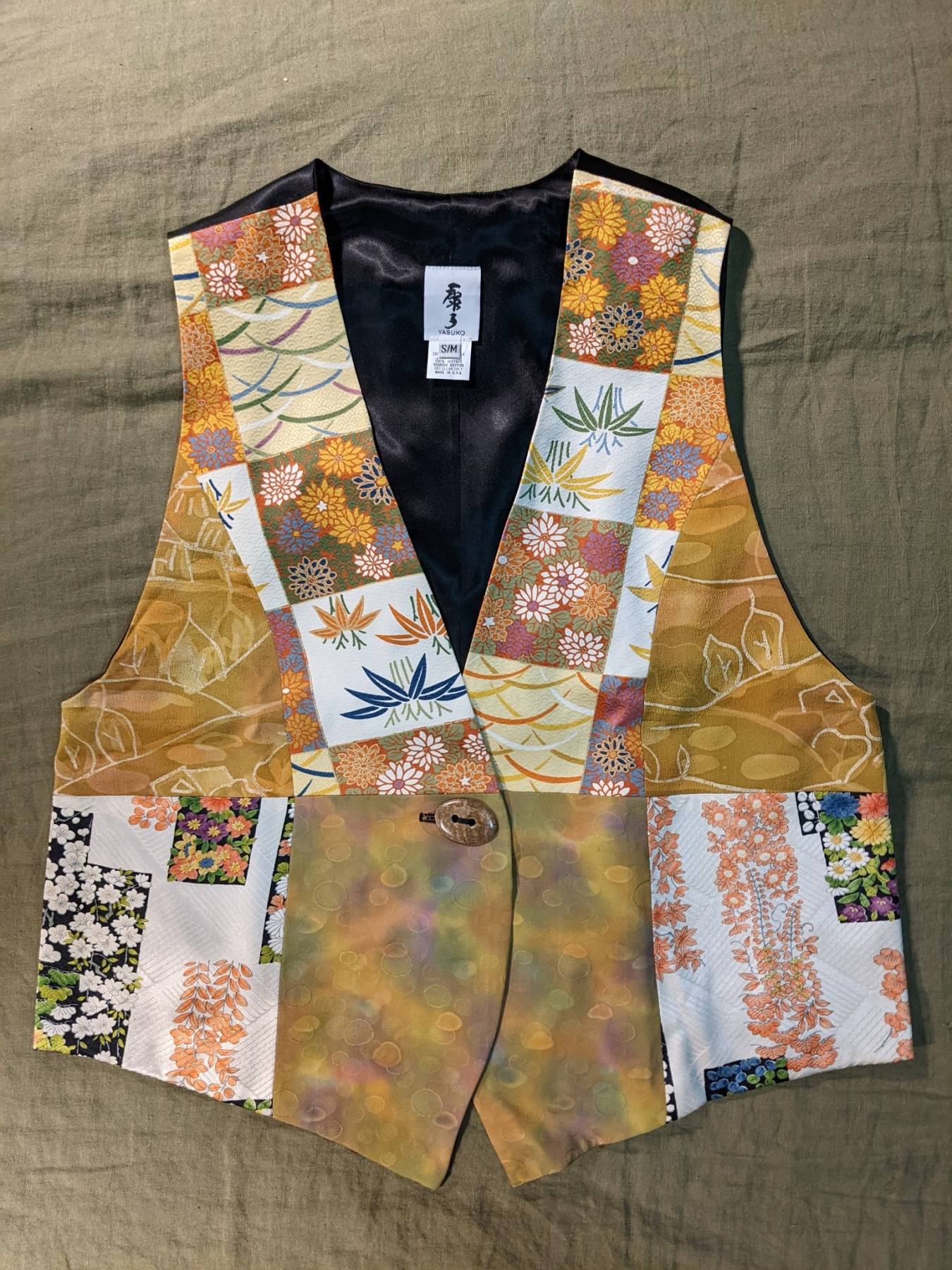 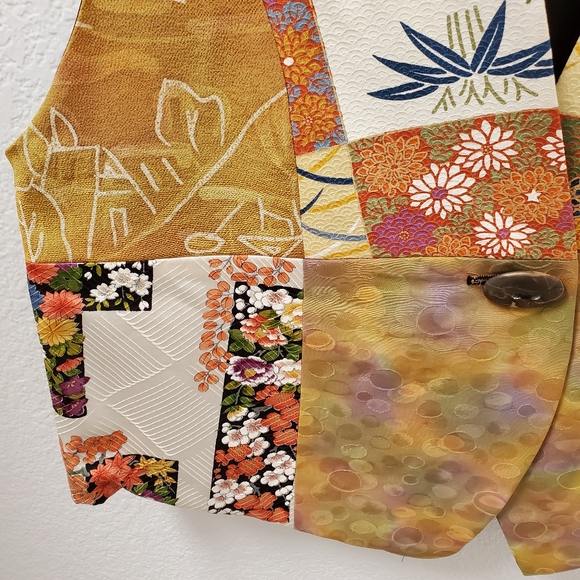 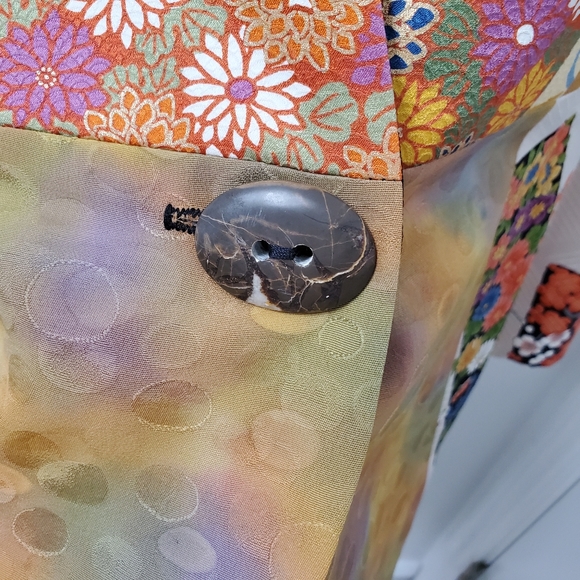 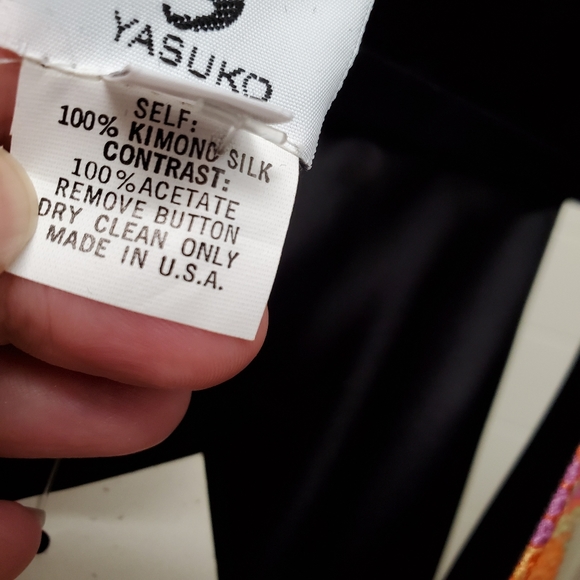 You are bidding on a new 100% kimono silk vest. Yasuko is a fashion company formed by Yasuko Bloom. Yasuko studied fashion design in Tokyo, where she went on to work as a designer for ten years. She moved to the United States in 1987, and worked as a fashion designer in Los Angeles for 4 years before starting her own line, “YASUKO,” with her husband. Her wholesale customers have included Macy’s, Saks Fifth Avenue, Henri Bendel and Nordstrom. Her designs have appeared in national magazines, on celebrities, and in movies and on television.

Yasuko’s signature designs often feature the use of Japanese textiles, especially vintage kimono silk. Many of these textiles feature a quality of workmanship which is now only produced by a handful of artisans, making them nearly unobtainable today. In late 1998, Yasuko moved to Sonoma County, where, in 2002, she opened her much beloved store in Healdsburg. She is still wholesaling her original clothing lines throughout the United States and Canada to better boutiques.

This s/m vest is hand cut from vintage Japanese textiles, which are recovered/recycled from kimonos or other traditional fabrics. Japanese textiles have long been regarded as among the finest in the world, and recently Japanese quilts, textile crafts, and garments made from these recycled or new textiles have gained the international recognition that they so deserve. There is a large demand for vintage textiles in Japan, and a proliferation of books and magazines for sewing projects including patterns and instructions. Because of the value, Japanese have been recycling their silks for centuries: the most popular and useful textiles have become quite expensive in the last 15 years

You can learn more at: https://www.pressdemocrat.com/article/lifestyle/sebastopol-couple-yasuko-and-ira-bloom-create-fashion-literature/