This page is sponsored by Heritage Architecture and Planning. 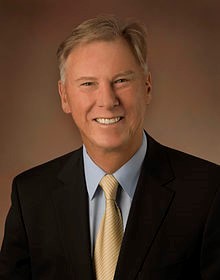 He will be presented with the Lifetime Achievement Award on Friday, October 19, 2018 at the California Preservation Awards ceremony at the Millennium Biltmore Hotel in Los Angeles. Tickets and sponsorship options are available at californiapreservation.org/awards.

Throughout a career that spans more than four decades, Wayne has established himself as a leader in historic preservation and adaptive reuse of existing structures. In 1978, Wayne founded Heritage Architecture & Planning, which he sold when he was appointed as the California SHPO. He has completed over 3,000 projects, mainly throughout the western portion of the United States. His depth of knowledge unites nineteenth century building methods with state-of-the-art twenty-first century construction technologies.

Wayne has received several awards in preservation architecture including the California Council of the American Institute of Architects Award of Excellence and the Historic Preservation Award, and the 1996 Preservationist of the Year Award from the California Preservation Foundation. He served as a member of the Preserve America Summit “Determining What’s Important” committee.