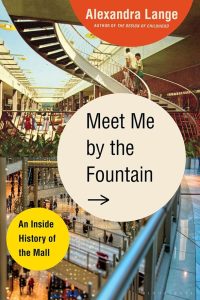 Author and architecture critic Alexandra Lange’s new book, Meet Me by the Fountain: An Inside History of the Mall examines the architectural, urban, and cultural legacy of the mall from 1956 to present day. The book has already received attention from The Economist, The Atlantic, Curbed, The New York Times, and The Wall Street Journal.

In this special, lunch-time book discussion with Dr. Lange, we will talk about mall designers and luminaries, including Victor Gruen, César Pelli, Jon Jerde, and Ben and Jane Thompson. 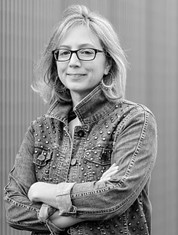 Alexandra Lange is a design critic. Her essays, reviews and profiles have appeared in numerous design publications including Architect, Harvard Design Magazine, Metropolis, and T Magazine, as well as in The Atlantic, New York Magazine, The New Yorker, and the New York Times. She is a columnist for Bloomberg CityLab, and has been a featured writer at Design Observer, an opinion columnist at Dezeen, and the architecture critic for Curbed.

Her new book, Meet Me by the Fountain: An Inside History of the Mall, will be published by Bloomsbury USA in June 2022.

Available from the publisher: