Dams & Disasters: An Historic Overview of California Dams and their Risks

In this wide-ranging, California-focused lecture, Dr. J. David Rogers will give a fascinating overview of the history of California's historic dams, including infamous failures, providing food-for-thought for professionals interested in resiliency planning for water infrastructure. For cultural resource planners, this lecture will also give a general overview of California's historic dams, their character defining features, and their risk characteristics.

Missouri University of Science and Technology's Dr. J. David Rogers, the Karl F. Hasselmann Missouri Chair in Geological Engineering, is an expert on a wide variety of natural disasters, including floods, earthquakes and landslides, as well as dam and levee failures. He is an expert in the geoforensics of dam, levee and slope stability failures, flood control and fluvial geomorphology, the Mississippi Delta, and site characterization for seismic site response.

Rogers has written articles and prepared posted lectures on the evolution of flood control practice, dam and levee failures, landslide dams, Hoover Dam, the Panama Canal and the Tennessee Valley Authority, among many others. 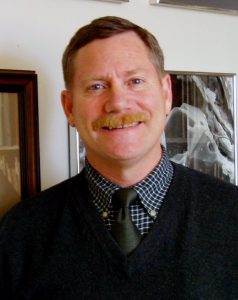 Dr. Rogers has 25 years of experience in evaluating the stability of natural slopes, embankments, stream channels, highways and hydraulic structures. Between 1979-2001, he managed over 500 projects in the western United States, Hawaii, Taiwan, the Philippines and the Middle East. He has served as principal investigator for scientific research funded by the National Science Foundation, U.S. Geological Survey, Federal Highway Administration, Department of Defense and the California and Missouri Departments of Transportation. Dr. Rogers has served on a number of panels, which currently include the Technical Advisory Committee on Grading Standards for the California Geological Survey, the Building Codes and Dam Safety Committees of the Association of Engineering Geologists and serves as a peer reviewer for GeoHazards Research for the National Science Foundation.

Dr. Rogers is a frequent lecturer to professional and academic organizations and has taught numerous short courses for universities, including the National Short Courses on Slope Stability and Landslides and Practical Slope Restoration Methods sponsored annually by the University of Wisconsin (between 1983-92), Excavations and Grading Code Administration, Inspection and Enforcement for the International Conference of Building Officials, Association of Bay Area Governments, City of Los Angeles and Association of Engineering Geologists (from 1988-2000), Advanced Course on Slope Stability sponsored by the Federal Highway Administration (1993-94) and Identification and Mitigation of Seismic Hazards for the Southern California Earthquake Center, California Geological Survey and University of California Extension (from 1998-present). From 1994-2001 he taught undergraduate and graduate courses in engineering geology and environmental geology for planners at U.C. Berkeley, in the Departments of Civil & Environmental Engineering and Landscape Architecture and Environmental Planning.

His 1992 article on the Reassessment of the St. Francis Dam Failure published by the Association of Engineering Geologists was recognized for the Rock Mechanics Award of the U.S. National Committee on Rock Mechanics and the E.B. Burwell, Jr. Award of the Geological Society of America. After publishing "A Man, a Dam and a Disaster" in 1995, his contributions to the emerging field of geoforensics were recognized by the 1996 R.H. Jahns Distinguished Lectureship in Engineering Geology Award jointly sponsored by the Association of Engineering Geologists and Geological Society of America. In 1998 he was named to the Society of Sigma Xi College of Distinguished Lecturers for the term 1999-2001. In 1994 his design of a reinforced rock cliff face on Telegraph Hill in San Francisco was recognized with the Distinguished Project Award of the Northern California Chapter of the American Public Works Association.