This introduction to preservation planning will provide the fundamentals for planners with local governments, as well as cultural heritage, planning, and historic preservation commissioners. Are you or your local government new or relatively new to historic preservation? Would you like to grow your list of designated sites or recognize the areas of your city that deserve historic designation? What are the Secretary of Interior Standards and why do they matter? How do you pay for historic preservation planning and rehabilitation projects and how can the financial incentives help pay for preservation efforts? These questions and many more will be answered in this three-part program (held for three hours each) over three months between September and early November.

Courses are taught by leading planners, architectural historians, consultants, and historic preservation advocates. Full details for each program are listed below. Each part will be held between 9:00 AM and 12:00 PM on Thursdays.

The foundation and framework of all good preservation efforts requires an understanding of the policies and procedures of local preservation efforts, including the Certified Local Government program, the Brown Act, and the Secretary of Interior Standards. This essential module will provide commissioners and planners with an important overview of these important policies, procedures, and programs.

Most preservation projects require creative and strategic thinking, and a "can-do attitude" when it comes to leveraging incentives and the unique benefits of rehabilitating historic properties, including historic tax credits, the Mills Act, applying the California Historical Building Code, and more. These are some of the most requested topics from our followers, and this three-hour primer will help developers, advocates, commissioners, and planners recognize the unique and tangible financial incentive programs available for historic properties..

How do planners and commissioners evaluate the seven aspects of historic Integrity? What are some creative and new ways of conducting historic resource surveys - and how can historic context statements play an important role in your preservation planning process. This closing session will demonstrate and train planners and commissioners on the best practices and function and purpose of historic resource surveys, context statements and historic Integrity evaluations..

Speakers (in order of presentations in the series) 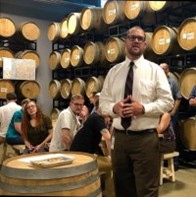 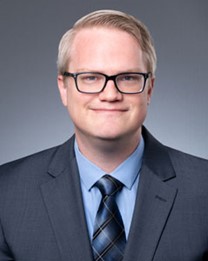 Matthew Summers is a Senior Counsel in Colantuono, Highsmith & Whatley’s Pasadena office who has specialized in representing cities and other public agencies since 2011. He serves as City Attorney for the Cities of Barstow, Calabasas and Ojai, and as Planning Commission Counsel for the City of Calabasas. His practice covers the full range of public law issues, including land use, elections, conflicts of interest, open meetings and public records, public works and public contracting, labor and employment, post-redevelopment advice and litigation, cannabis regulation and enforcement, telecommunications, public agency litigation, and the California Environmental Quality Act (“CEQA”). Matt also advises the Cities of Sierra Madre and South Pasadena, and Eco-Rapid Transit, a 15-city joint powers agency, as well as our other general and special counsel clients. 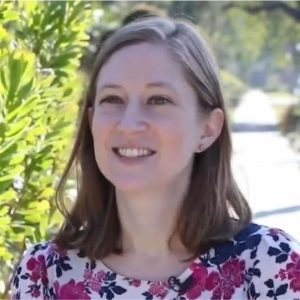 Christine Nguyen is a Senior Planner for the City of Anaheim’s Planning and Building Department. Christine’s responsibilities include the update of Anaheim’s General Plan, including its Housing, Safety, Circulation and new Environmental Justice Element. Christine also administers Anaheim’s Historic Preservation Program, which includes the third largest Mills Act program in the State.

Christine has worked in municipal government for over fourteen years, including positions at the County of Orange, City of Seal Beach and Anaheim Public Utilities. She has a Bachelor’s Degree in Architecture from Kansas State University and a Master’s Degree in Urban and Regional Planning from the University of California – Irvine.  She earned her LEED AP credential through the U.S. Green Building Council and a Governor’s Award for achievement in Historic Preservation. 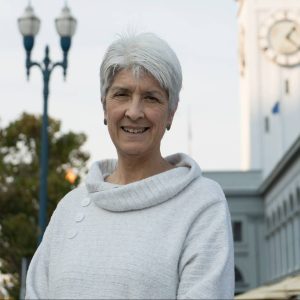 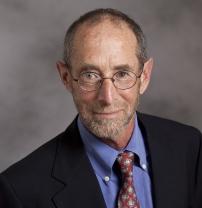 Alan R. Dreyfuss joined WJE in 2007 with thirty years of experience in architectural design and historic preservation. Specializing in rehabilitation and adaptive reuse of historic structures, his projects have included commercial, institutional, and private clients and have ranged in scale from a one room, wood-frame school house to a brick and terra cotta-clad high-rise. Mr. Dreyfuss has experience in Historic Resource Conditions Assessments, Evaluation for CEQA and Section 106 compliance, Historic Structure Reports, National Register applications, and the application of Federal Historic Preservation Tax Credits. Mr. Dreyfuss is recognized as an expert in building codes for historic buildings. He was instrumental in the development of the 2001 and 2007 California Historical Building Code and is currently chair of the State Historical Building Safety Board. Mr. Dreyfuss’ preservation and design projects have been recognized by the Rudy Brunner Award for Urban Excellence and the Central Valley Chapter of the American Institute of Architects. Seven of those projects have received Design Awards from the California Preservation Foundation. 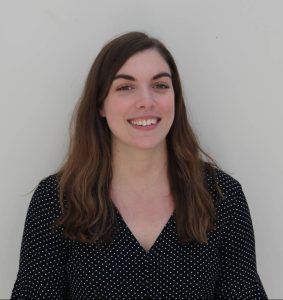 Melanie Bishop is a Preservation Planner with the San Francisco Planning Department and the project manager for the Citywide Historic Context Statement component of San Francisco’s Citywide Cultural Resource Survey (SF Survey). She holds a Master of Science in Historic Preservation from the School of the Art Institute of Chicago. Prior to joining the Department in 2019, she worked on historic resource surveys with the City of Chicago Department of Planning and Development and the National Park Service in Washington, D.C. 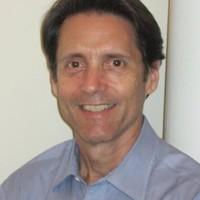 Mike Garavaglia is the Principal of Garavaglia Architecture. With over 32 years of experience in the architectural profession and as principal, Mr. Garavaglia leads the firm with preservation architectural services that respond to the specific needs of cultural resources and their environment. He has long understood the sustainability of historical rehabilitation, its merit in economic development, and its community significance. He seeks opportunities for creative teaming in his staff and consultants to create the most responsive team for each unique project and client. He directs his firm to constantly evolve the preservation services and work products to maintain the relevance of the firm's work, especially in quality control. As such, a preservation project delivery methodology integrating historical knowledge in the design process is key. His work with the preservation community, primarily through involvement with the California Preservation Foundation, has focused on organizational involvement, educational programs, and stewardship development. His commitment to historic preservation issues includes current memberships with the California Preservation Foundation (past board member and Vice President of Programs), National Trust for Historic Preservation, Association of Preservation Technology, San Francisco Heritage, National Main Street Center, and the Preservation Action Council of San Jose. He received his professional Bachelor of Architecture from California State Polytechnic University at San Luis Obispo that included a special study program in Historic Preservation, and is licensed to practice architecture in California. The National Institute for Conservation has named Mr. Garavaglia a Conservation Assessment Program (CAP) Assessor and is a LEED Accredited Professional. 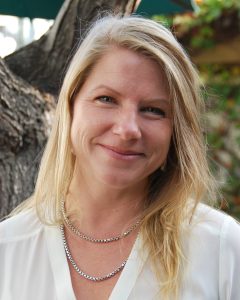 Nicole Hernandez is the Architectural Historian at the City of Santa Barbara whose work entails managing the historic preservation work program and oversight of alterations to the City’s historic resources. She has Master of Fine Arts in Historic Preservation and has worked in Historic Preservation for 22 years starting with non-profit advocacy and in the private sector in masonry restoration then she moved to the public sector as architectural historian in New Orleans, Louisiana. In 2012, she was offered the position as Architectural Historian in Santa Barbara. Her work ensures projects meet the highest standards of restoration and rehabilitation. Over the past 10 years as Architectural Historian in Santa Barbara she has overseen the local designation of over 300 historic buildings to ensure their continued protection as significant features of the Santa Barbara streetscape.  In 2019, she guided Santa Barbara in the application process to become a Certified Local Government and in 2021, she applied for and received a grant from the California Office of Historic Preservation to hire Page & Turnbull and Healing Justice to create a Historic Context Statement for the African American/Black Community that provides a concise history and identifies historic resources that represent that history.

Kathleen McDonald, MHP, Conditions Assessment Specialist and Architectural Historian, Garavaglia Architecture, Inc. Ms. McDonald meets or exceeds the Secretary of the Interior’s Professional Qualifications Standards for Architectural History. She has 5 years of experience in the field of historic preservation, and she has completed a wide variety of projects ranging from large-scale surveys and community outreach, down to historic structure reports for individual buildings. She is dedicated to the preservation and documentation of historic resources for future generations.

Ms. McDonald began her career in preservation as a research assistant for the University of Florida’s Historic Preservation Program, eager to participate in surveys, research, and documentation of historic resources first-hand. From there, she worked as a preservation planner in the public sector for the City of Key West, Florida, and evaluated proposed projects for compliance with local guidelines and the Secretary of the Interior’s Standards. Since joining the Garavaglia Architecture team, Ms. McDonald has managed or had major research or technical involvement with multiple Historic Structure Reports, Historic Resource Evaluations, Condition Assessment Reports, and Secretary of the Interior’s Standards Reviews.

Ms. McDonald was born and raised in Fort Lauderdale, Florida. She received her Master of Historic Preservation and Bachelor of Design in Architecture from the University of Florida. She presented her Master’s Thesis at the Florida Trust for Historic Preservation Conference in 2019. In 2020, the UF Preservation Program survey she participated in for Florida’s Mid-century Modern Architecture (1945-1975), received the Survey Award of Excellence from Docomomo US. Ms. McDonald then interned with the Preservation Foundation of Palm Beach, Florida, before working for the City of Key West, Florida, as a historic preservation planner. 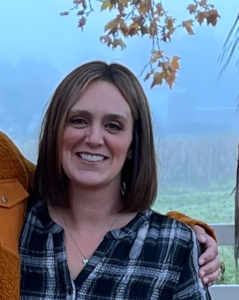 Shannon Lauchner is a State Historian II working in the Local Government Unit of the California Office of Historic Preservation (OHP). Over the past decade plus working at OHP, Shannon has worked with a variety of preservation programs. She currently serves as the Mills Act Coordinator, is responsible for reviewing HUD funded projects for compliance with Section 106 of the National Historic Preservation Act, helps to administer the Certified Local Government (CLG) Program, and provides training and technical assistance to local governments and the public with regards to local historic preservation programs.