Show Me the Money: Financial Incentives for Historic Preservation

The three most significant financial incentives for historic sites in California include the Mills Act, the Historic Rehabilitation Tax Credit, and the soon-to-be enacted California State Historic Tax Credit. This series will examine common financial incentives that may make or break a budget for planned preservation projects. Case studies will also address lessons learned. This preservation is perfect for homeowners, developers, architects, consultants, and city planning professionals. AIA, AICP, and ASLA Continuing Education Units will be included with this four-hour series of programs with with registration for the full series.

On February 21, 2019 Senate President pro Tempore Toni G. Atkins introduced SB 451, a bill to create a state historic tax credit. The legislation builds on work we did in 2014, with the collaboration of the American Institute of Architects, California Council (AIACC), to promote tax credits. We are working again with the AIACC to pass SB 451 in 2019.

Under SB 451, $50 million will be allocated annually for tax credits starting January 1, 2022. The tax credit is worth 20 percent of qualified rehabilitation expenses, with a 25 percent credit for certain types of adaptive reuse, including affordable housing. This lunch-time review will examine the provisions of the bill, timeline, and basic qualifications for the historic tax credit.

In May of this year, a bipartisan group of representatives introduced the Historic Tax Credit Growth and Opportunity (HTC-GO) Act.

The bill will substantially increase the benefits provided by the existing Federal Rehabilitation Tax Credit, including a temporary 30% credit for projects and permanent increases in the credit for smaller projects. The bill will also make it easier for nonprofits and other tax-exempt entities to access the incentive.

This will mark the most significant change in benefits for tax credits in years, and will further ensure that more historic preservation projects will financially pencil out.

Join us for this free lunch-time program led by some of our national experts and advocates on HTC GO. Learn how you can help ensure the bill gets passed and how preservation projects can benefit from this amazing new opportunity for historic preservation. 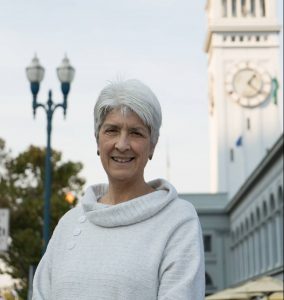 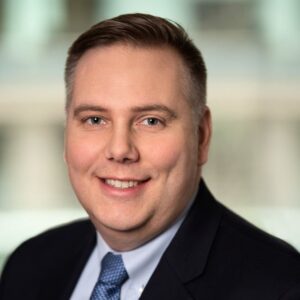 As Director of Public Policy at the National Trust Community Investment Corporation, Mike Phillips specializes in garnering and organizing local, national, and federal advocacy initiatives. He works to secure congressional support for enhancement legislation relating to the Historic Tax Credit (HTC), New Market Tax Credit and other community development incentives. Mike is a nationally recognized leader in advising advocates in delivering timely communication and key information to congressional offices on behalf of HTC. He helps advocates plan and coordinate in-district/state site-visits with members of congress and orchestrates DC lobby days on behalf of the Historic Tax Credit Coalition.

Prior to joining NTCIC in 2012, Mike was the President of Phillips Associates, Inc. a consulting firm specializing in the representation of national non-profits, for-profit industries, and national governing bodies in sports. Additionally, he served as a conservation consultant on transportation and historic preservation issues.

Michael earned a Bachelor of Science from Old Dominion University and undertook graduate studies in American Politics and Comparative Politics at George Mason University. He is a former Advisory Board Member to George Mason University’s School of Parks, Recreation and Leisure Studies and a former Advocacy Advisor to the U.S. Tennis Association. Mike volunteers with Fairfax County (VA) Park Authority and was previously recognized by the City of Norfolk (VA) as one of the City’s “Most Outstanding Volunteers.” He is active with local and national youth leadership organizations and ministries, and he is a licensed youth soccer coach and trainer. 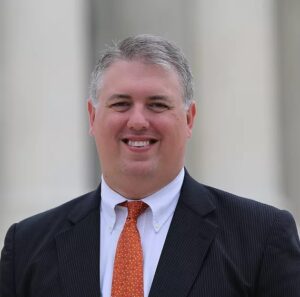 Patrick Robertson has spent nearly two decades in Washington and advises executive teams, boards of directors and senior decision-makers on public policy issues that pose opportunities and challenges to their organizations' enterprise values. Patrick’s expertise is in the fields of tax, energy, telecommunications, trade, and transportation.

During his career, Patrick successfully represented a range of clients including Fortune 50 companies, small associations, a territorial government, and others. He coordinates a 75-member trade association, handling all aspects of its operation and leads its lobbying strategy. Patrick’s successes include reviving a preservation tax credit after it was eliminated early in the tax reform process of 2017. In addition, he has navigated other legislative challenges like the proposed regulation of an industry and government attacks on specific products or business lines.

At the same time, Patrick designed custom plans to introduce businesses to Washington or to roll out new facilities, changing employee mixes, and updated messaging or branding. He has also planned grassroots fly ins and strategized how best to use grassroots and grass tops support.

Patrick spent 10 years as a Managing Director at FTI Consulting and as a Partner at C2 GROUP, highly regarded bipartisan government relations and lobbying firms. In 2019 he founded Confluence Government Relations to continue that work.

Prior to joining C2 GROUP, Patrick served on the staff of Senator Jay Rockefeller (D-WV) for nine years, the last five as Deputy to the Chief of Staff. He also served as Campaign Manager for Senator Rockefeller’s 2008 re-election campaign.

During his time on Capitol Hill, Patrick helped the Senator distill and attack problems and shaped solutions on a wide spectrum of issues from economic development to the complexities of the tax code. He worked closely with the Senate Finance Committee on tax bills, trade policy and Trade Adjustment Assistance issues. In addition, he tackled telecommunications and transportation issues on the Senate Commerce Committee. Patrick also worked with the Senate Select Committee on Intelligence on translating its enormously important and classified work to a broader audience. He worked closely with state officials across West Virginia on large-scale projects and development, such as the West Virginia Summit on Homeland Security, plant relocations and openings, and on trade missions both overseas and here in the US.

Patrick is a licensed attorney and a graduate of American University’s Washington College of Law, where he served as Associate Managing Editor of the American University Law Review. He received his B.A. from the University of Pittsburgh. Patrick serves on the Board of Directors of the Discover the Real West Virginia Foundation, a non-profit focused on economic development in his home state.

Born in the Northern Panhandle of West Virginia, Patrick also spent significant time in and around Pittsburgh, before moving to Washington, DC, where he now resides with his wife Tara and their two children on Capitol Hill.

The three most significant financial incentives for historic sites in California include the Mills Act, the Historic Rehabilitation Tax Credit, and the soon-to-be enacted California State Historic Tax Credit. This series will examine common financial incentives that may make or break a budget for planned preservation projects. Case studies will also address lessons learned. This preservation is perfect for homeowners, developers, architects, consultants, and city planning professionals. AIA, AICP, and ASLA Continuing Education Units will be included with this four-hour series of programs with with registration for the full series.

1. Engage with sample financial calculations using example projects using historic preservatoin financial incentives.
2. Identify the qualifications and requirements for three of the most common financial incentives used for historic preservation projects.
3. Examine the features and provisions of the California Rehabilitation Tax Credit.
4. Weigh the benefits to the owners of qualified historic buildings with Mills Act contracts. 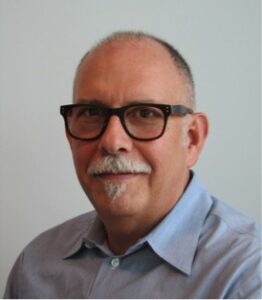 Antonio Aguilar, Historical Architect, National Park Service - Technical Preservation Services. Antonio has been with the Technical Preservation Services, National Park Service Headquarters in Washington, DC since 2000. He provides technical assistance and review for projects applying for the 20% Federal Tax Credit Program for Historic Rehabilitation. He also contributes to the development of policies and guidance on the application and interpretation of the Secretary of the Interior’s Standards for Rehabilitation, as well as on the treatment of historic properties and materials. Among the publications he has authored is Preservation Brief #41, The Seismic Rehabilitation of Historic Buildings. He received a Bachelor of Science in Architecture and Master of Architecture degrees from the Georgia Institute of Technology. 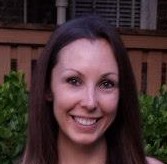 Amber Anderson, Historic Tax Credit Coordinator, Utah State Office of Historic Preservation, manages the Historic Rehabilitation Tax Credit Programs for the Utah State Historic Preservation Office. In this role she assists property owners in crafting appropriate rehabilitation plans for their historic properties while ensuring that they understand the application processes for the multiple financial incentive programs available to them. Prior to this position Amber worked in the Cultural Resource Management world for a number of years as an Architectural Historian. In this role she conducted on the ground surveys of historic buildings, as well as researched and developed historic contexts for a variety of communities in the Northeastern United States. Amber earned her Master of Science in Historic Preservation degree from the joint Clemson University and College of Charleston program in 2015. 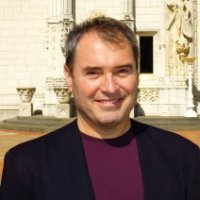 Mark Huck, AIA, LEED AP, received his bachelor’s and Master’s degrees from the University of Michigan, and currently serves as a Restoration Architect for the California State Office of Historic Preservation. As a member of the Architectural Review Unit his responsibilities include the statewide review of Federal tax credit projects and technical assistance to federal and state-mandated programs, government agencies, and the general public. Mark’s preservation practice spans 35 years and includes design of investment tax credit projects, rehabilitation of federal buildings in Washington DC and private renovations of historic residences. He has served on the board of the Association for Preservation Technology International and two APT local chapter boards.

Emma Haggerty, Senior Planner and Mills Act Coordinator, City of San Diego. Emma has been with the City of San Diego since July of 2018 and has been managing the Mills Act program since February of 2020. Along with her Planner responsibilities, she works to accept Mills Act Applications, prepare Mills Act Agreements, attend site inspections, and meet with homeowners and members of the public to discuss all things Mills Act. Prior to working with the City of San Diego, Emma worked as a Program Associate at the New Jersey Historic Preservation Office in Trenton, New Jersey focusing on Section 106 compliance. Emma earned a bachelor’s degree in Planning and Public Policy from Rutgers University and earned a Master of Science in Historic Preservation from the University of Vermont. Emma enjoys working with the public on a variety of projects and thoroughly enjoys all aspects of the Mills Act program.

Prior to Chase, Keith spent five years at a broker and syndicator of tax credit transactions, developing a subject matter expertise in Historic Tax Credits.  Chase became a client of his during this time.

He graduated from Lehigh University with a B.S. Industrial Engineering and has earned the right to use the Chartered Financial Analyst, and Chartered Alternative Investment Analyst designations.  He is based in the San Francisco Office, lives in Marin County with his family and travels to projects regularly.