This page is sponsored by

The Gilmore Gas Station is the winner of a 2018 Preservation Design Award. Award recipients are selected by a jury of top professionals in the fields of architecture, engineering, planning, and history, as well as renowned architecture critics and journalists. In making their decision, the jury stated: “This is a very good rehabilitation project. It is remarkable how well it was adapted.”

The Gilmore Gas Station, located at the corner of Highland and Willoughby in Hollywood, was constructed in 1935 in the Streamline Moderne style. The small, sheet metal clad station was pre- fabricated by the Los Angeles-based Pacific Steel Building Company and installed on-site. Engineer R.J. Kadow is listed on the original building permit as the architect.

The Gilmore Gas Station on Highland and Willoughby was owned and operated by Hollywood film actor Wallace Beery. As was typical of other “Red Lion” gas stations in the 1930s, the Gilmore Gas Station was a franchise of the Gilmore Oil Company with permission to distribute and advertise Red Lion brand Gilmore gasoline. In 1940, Gilmore Oil Company became a subsidiary of Mobil Oil, the trade name of the Socony-Vacuum Oil Company. All Gilmore gas stations, including the subject property, were rebranded as Mobil gas stations by 1945. By 1956, the subject property had transferred to a Texaco brand gas station and was purchased by the Kirschner family from the Wallace Beery estate.

The gas station served as the backdrop for various photo shoots, movies, and commercials. Some of these works include the motion picture LA Story and the first California State Lottery commercial filmed in Los Angeles. A famous photo shoot by photographer Herb Ritts, including the photo titled “Fred with Tires,” was shot in the lift station of the building in 1984.

In 1990, the Gilmore Gas Station was designated as Historic-Cultural Monument #508. The subject property remained in active use as a gas station until the 1990s. It had since sat vacant and allowed to deteriorate for nearly 25 years before Starbucks leased the property.

As part of a comprehensive rehabilitation project in 2015, the Gilmore Gas Station was reutilized as a Starbucks coffee shop. To accommodate the new use, two existing doorways beneath the canopy were adapted as a walk-up pick-up window and a drive-through pick-up window. Additionally, an existing window on the south elevation was adapted as the walk-up ordering window. A small fenced-in seating area was constructed around the walk-up window. The interior of the building was largely removed to accommodate its new use. The original office space now functions as Starbuck’s front-of-the-house, while the former lift station serves as the back-of-the-house. A restroom at the southern corner of the gas station was reused as a publicly accessible restroom. 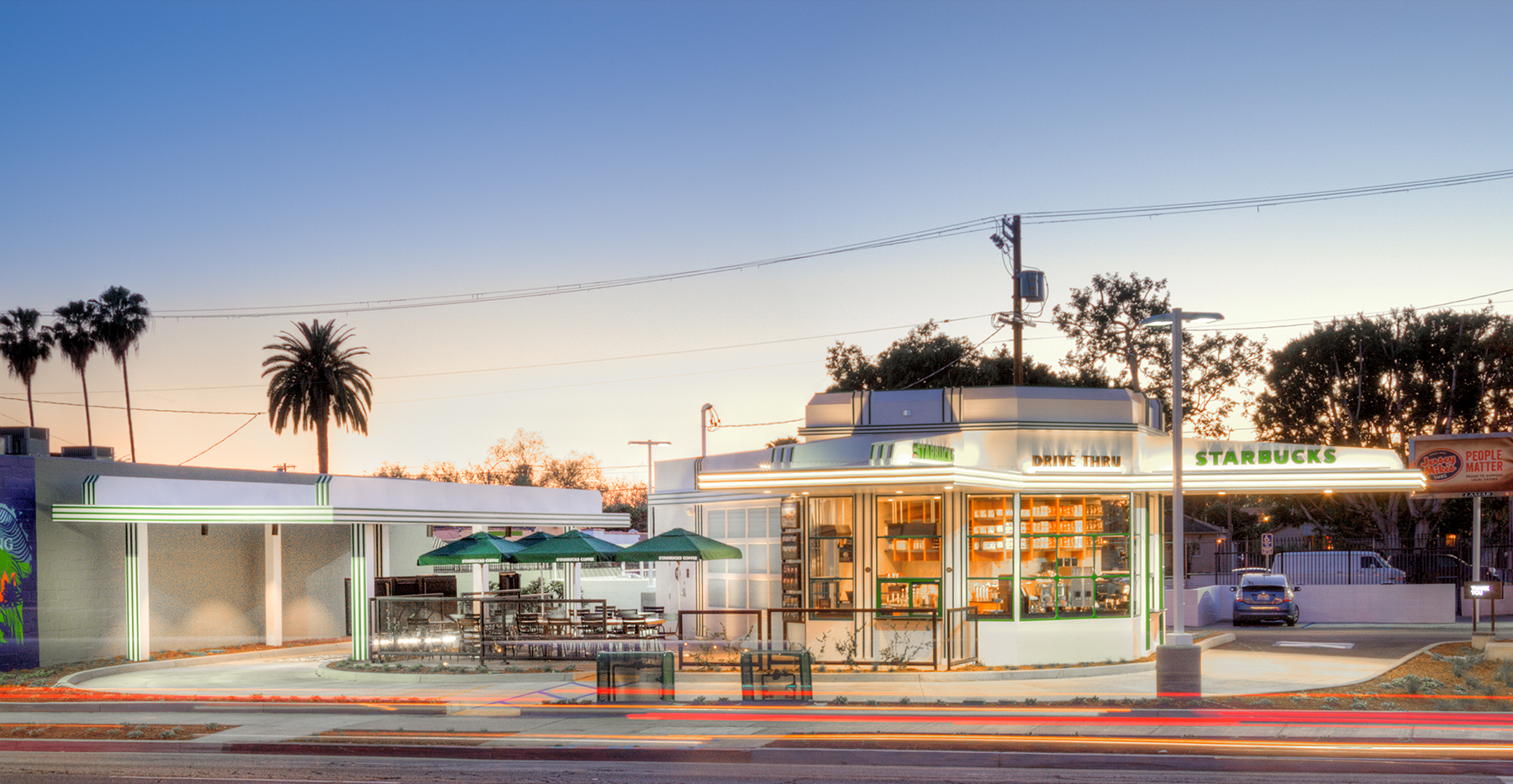 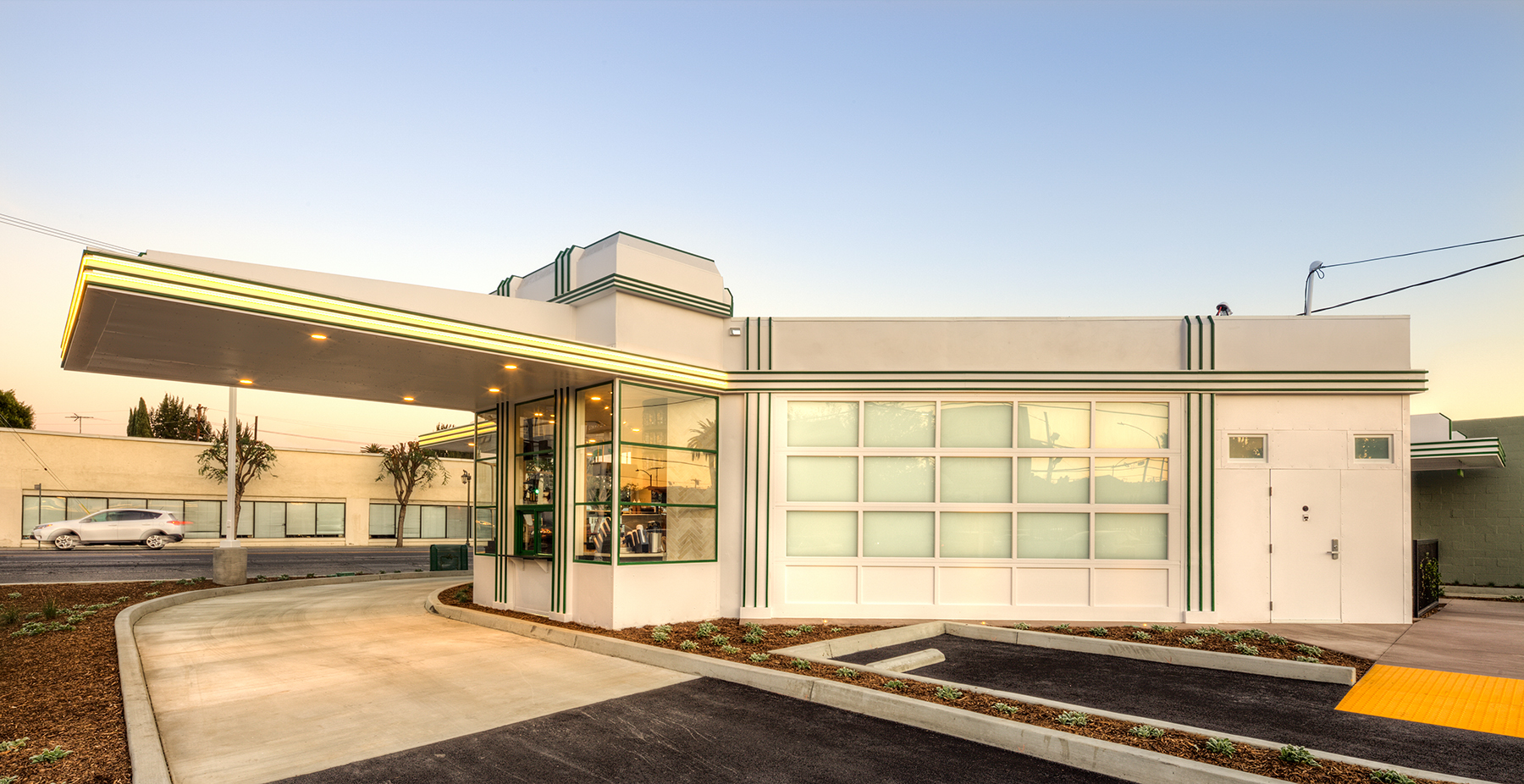 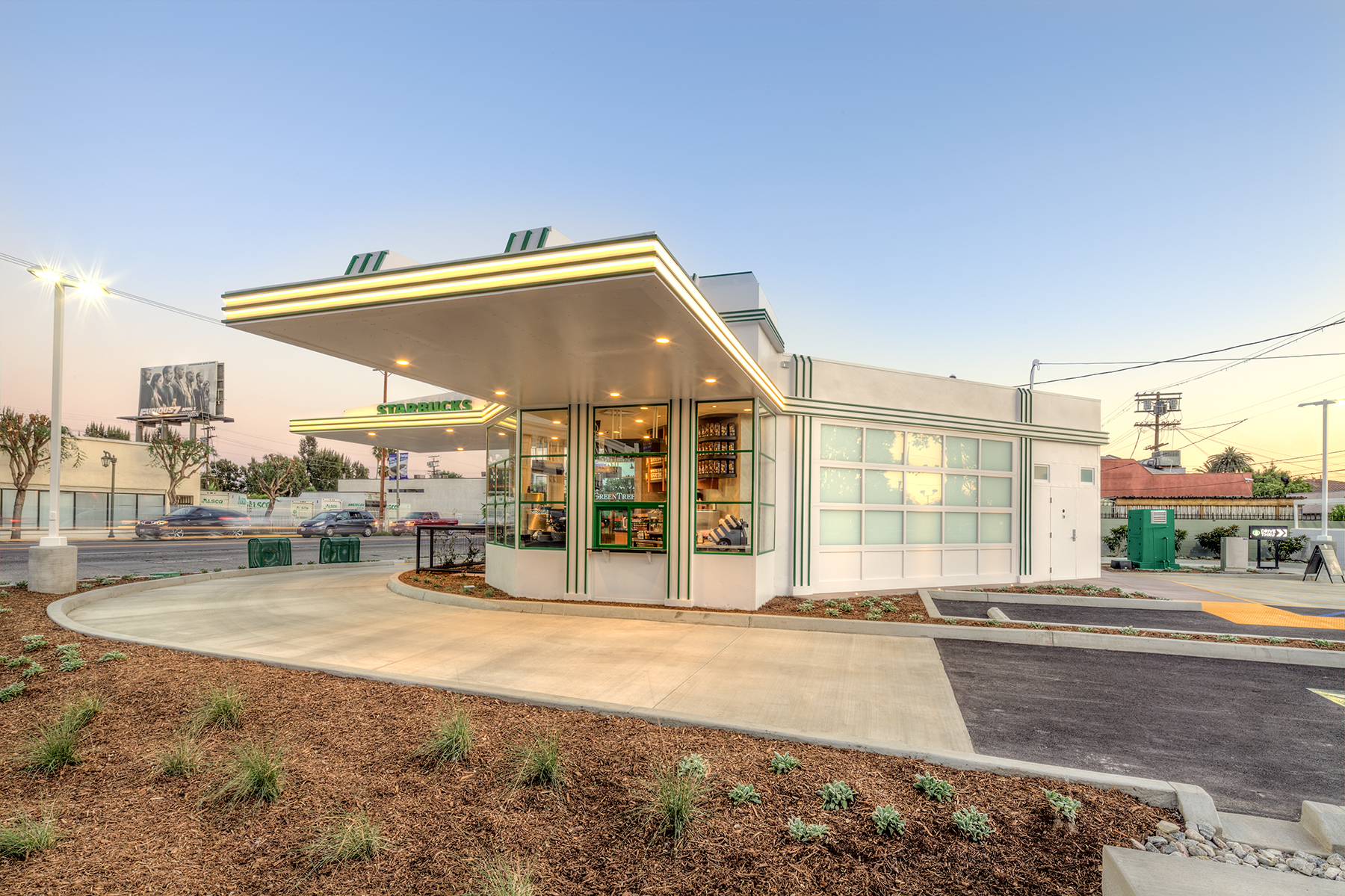 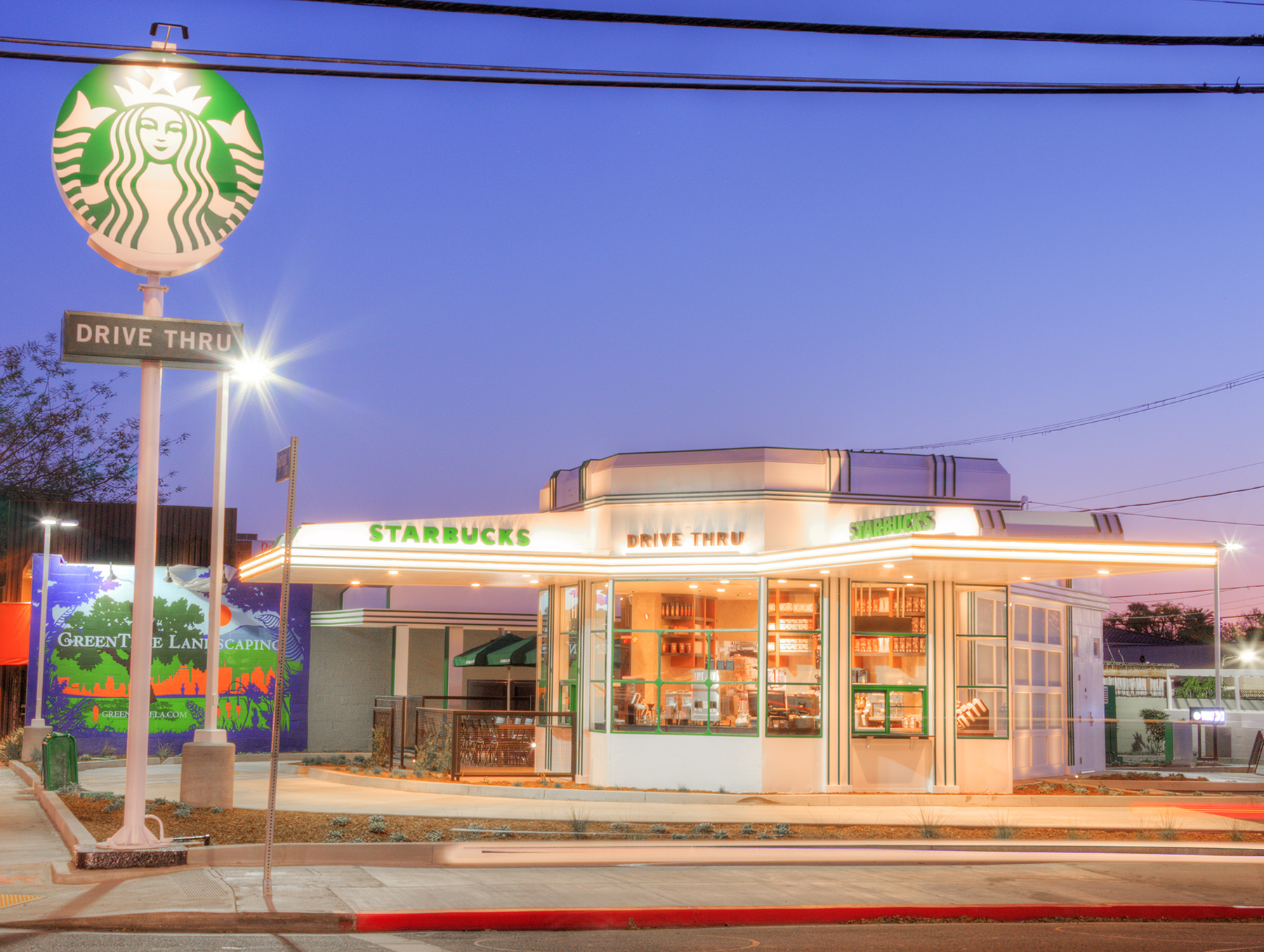 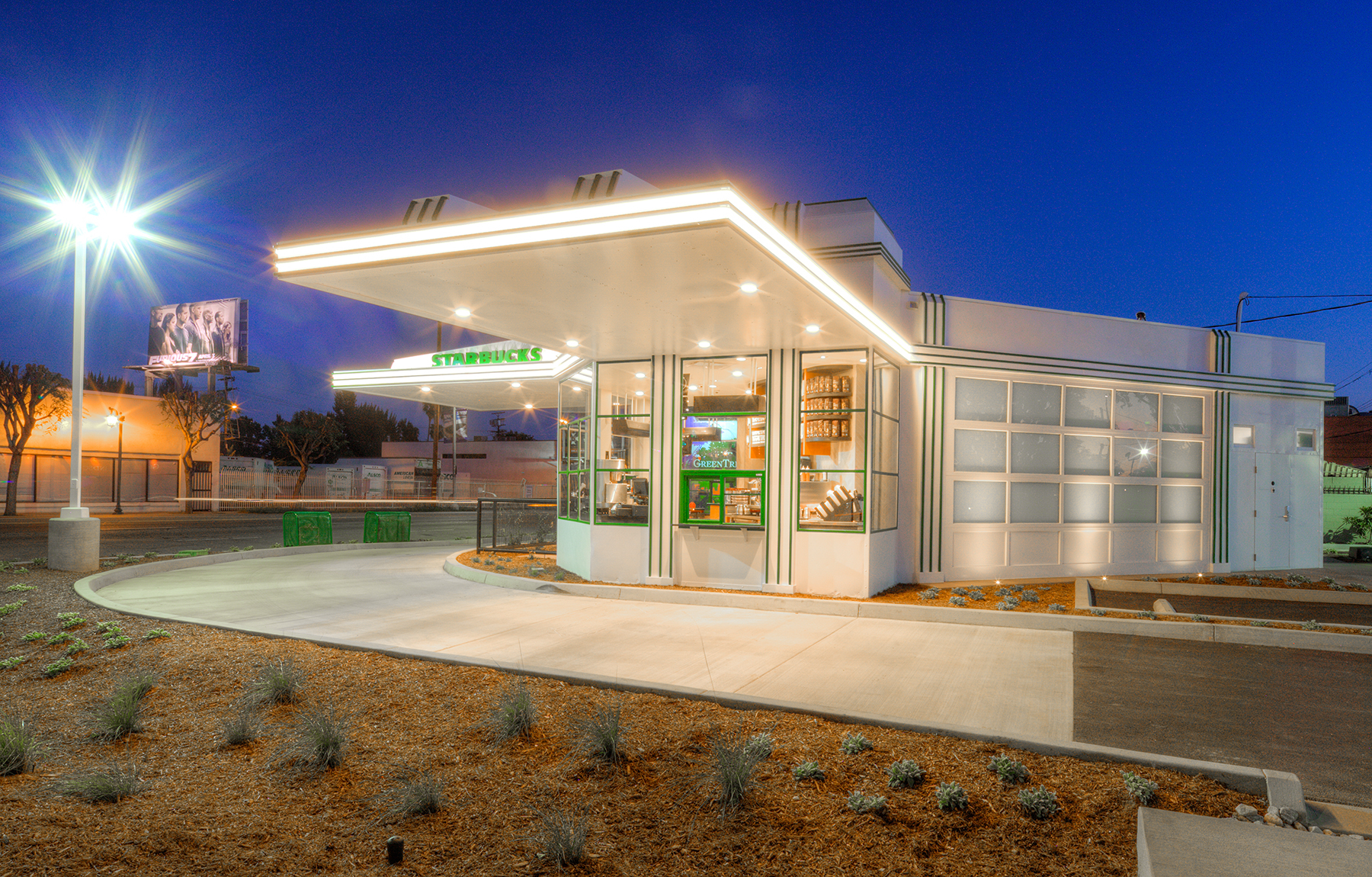 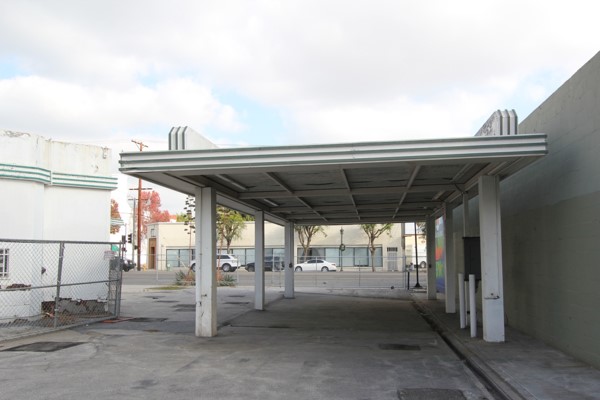 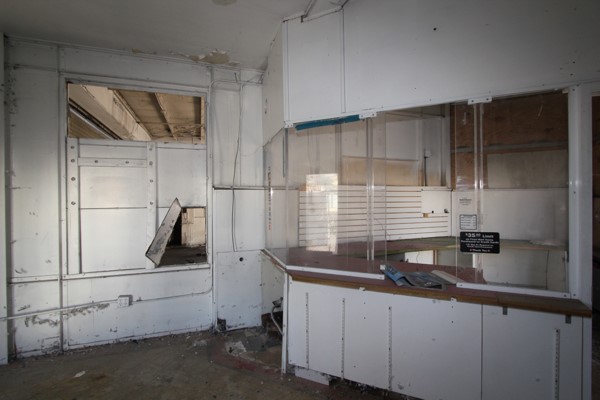 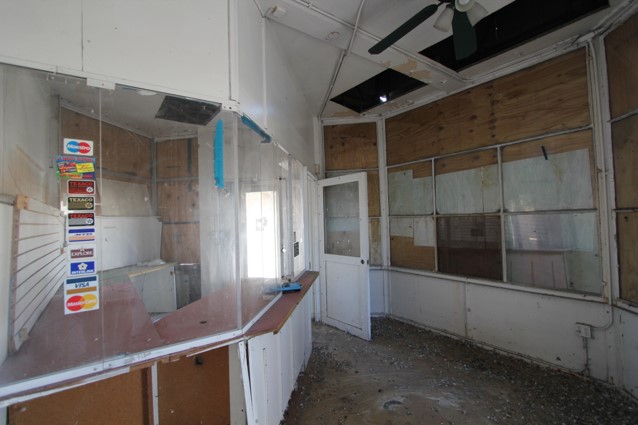 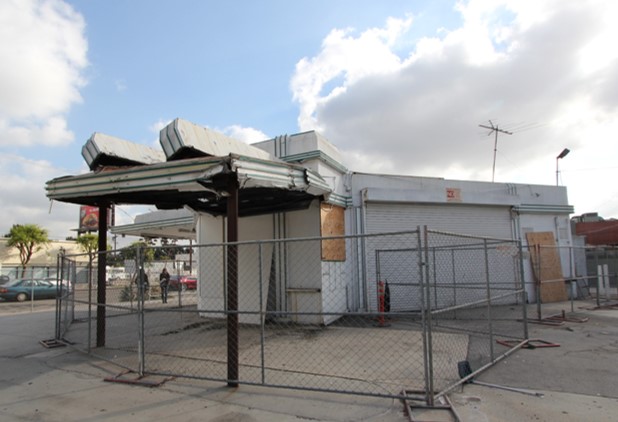 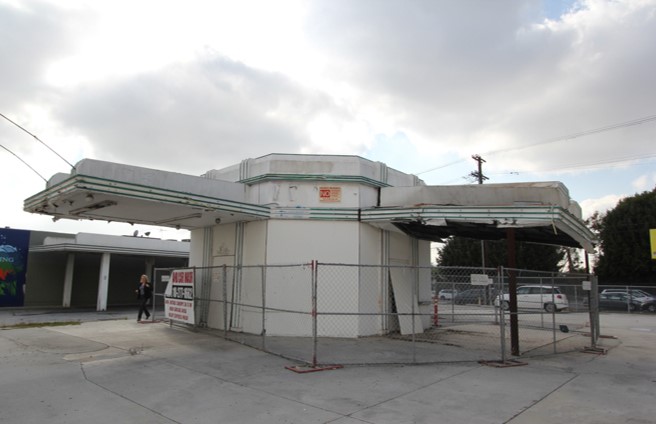 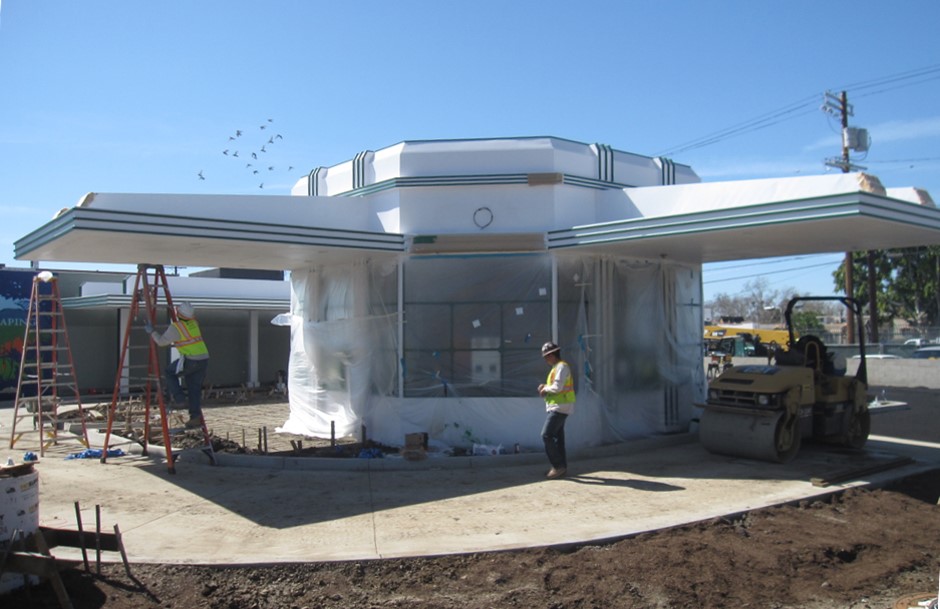 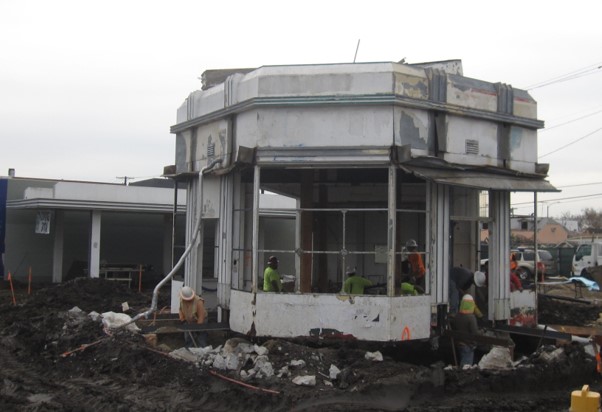 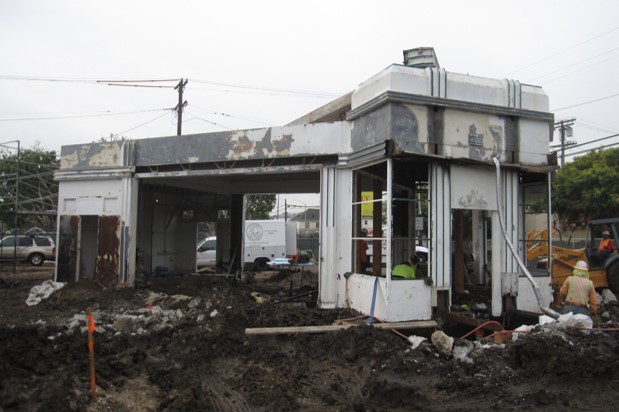 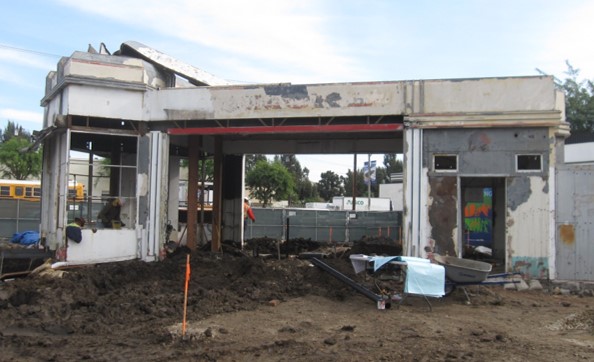 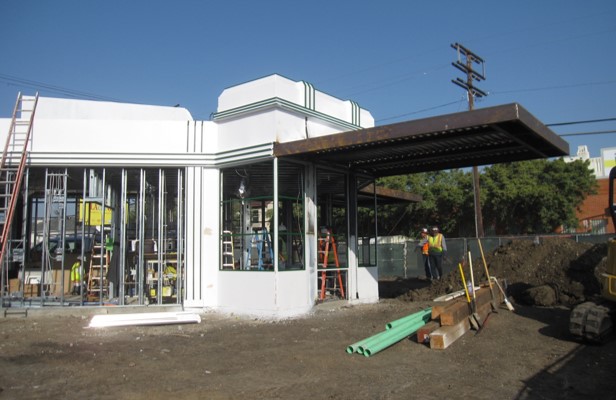 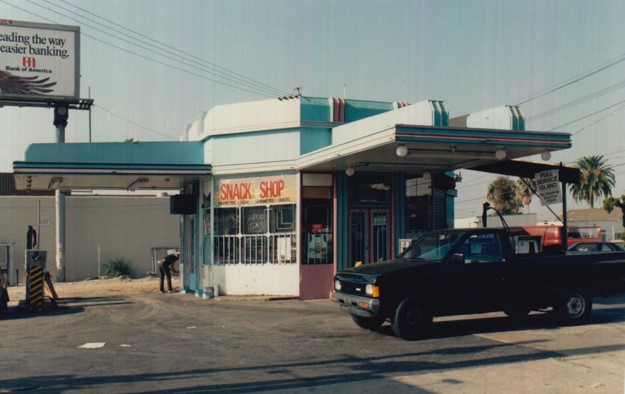 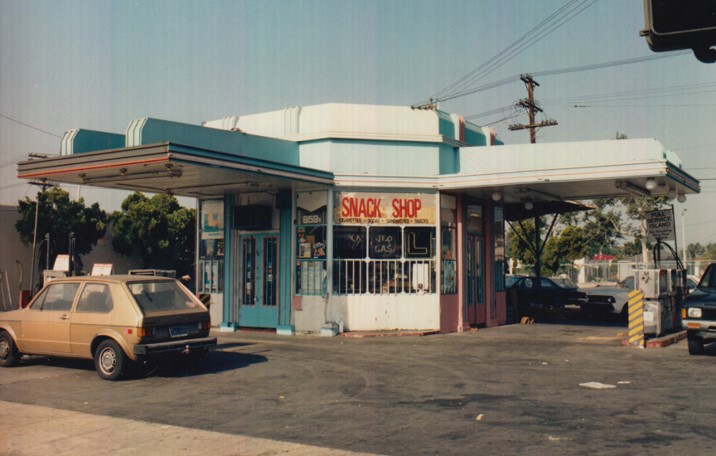 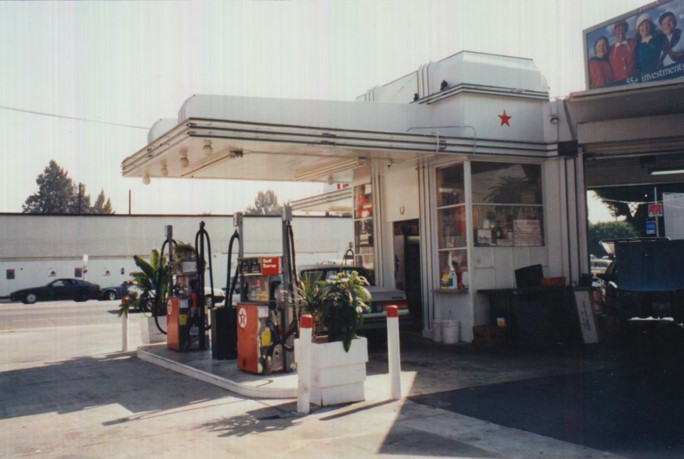 Founded in 1985, Spectra’s unique expertise and unparalleled technical knowledge in the areas of historic preservation and specialty construction make us the #1 Specialty Historic Contractor on the West Coast.

We offer a diverse range of historic construction, restoration and preservation consulting services. These services range from managing entire rehabilitation projects as general contractor to restoration of all the many materials found on historic buildings to conservation of decorative paintings and murals.

For over 30 years, we have been entrusted with the rehabilitation of over 300 of the most cherished historical, architectural and cultural landmarks in the country.