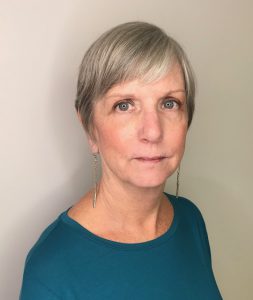 Janet Hansen’s career has been devoted to expanding our understanding of the built environment, most notably as the coordinator of the groundbreaking SurveyLA — Los Angeles’ first-ever comprehensive program to identify significant historic resources throughout the city.

Janet Hansen is the manager of the citywide Los Angeles Historic Resource Survey (SurveyLA), the largest historic resources survey completed in an American city and a model for other communities worldwide. She has worked as a historic preservation consultant as an adviser for cities including Denver, Dallas, Philadelphia, and Toronto, Canada. Hansen has served on multiple commissions, including the California State Historical Resources Commission, a governor appointed position.

Janet’s career in historic preservation began when she and her family moved from the San Francisco Bay area to Redlands in the Inland Empire. She earned a Master’s degree in Historic Resources Management from UC Riverside, specializing in California history and completing an internship at the California Museum of Photography. After graduation, Janet established an informal consulting partnership with Dr. Lauren Bricker, taking on a variety of projects that promoted preservation.

During her tenure on Redlands’ Historic and Scenic Preservation Commission, Janet was referred to by developers as the “terminator” and thereafter by local preservationists as the “preservinator.” She later worked as the Historic Preservation Specialist for the City of Riverside, where she met with staff at the Getty Conservation Institute as part of their study of nationwide survey best practices.

When a position opened in Los Angeles for a survey manager, Janet eagerly accepted, beginning a twelve-year adventure to develop SurveyLA. This monumental project covered all of the city, almost 500 square miles and 880,000 legal parcels. Janet led teams of consultants, volunteers, and interns to complete the survey itself, as well as to develop a citywide historic context statement, the structure of which took years to develop but has now resulted in 200 themes relating to the history and development of Los Angeles and some first ever context on ethnic cultural communities and topics including Jewish History of Los Angeles, Women’s Rights.