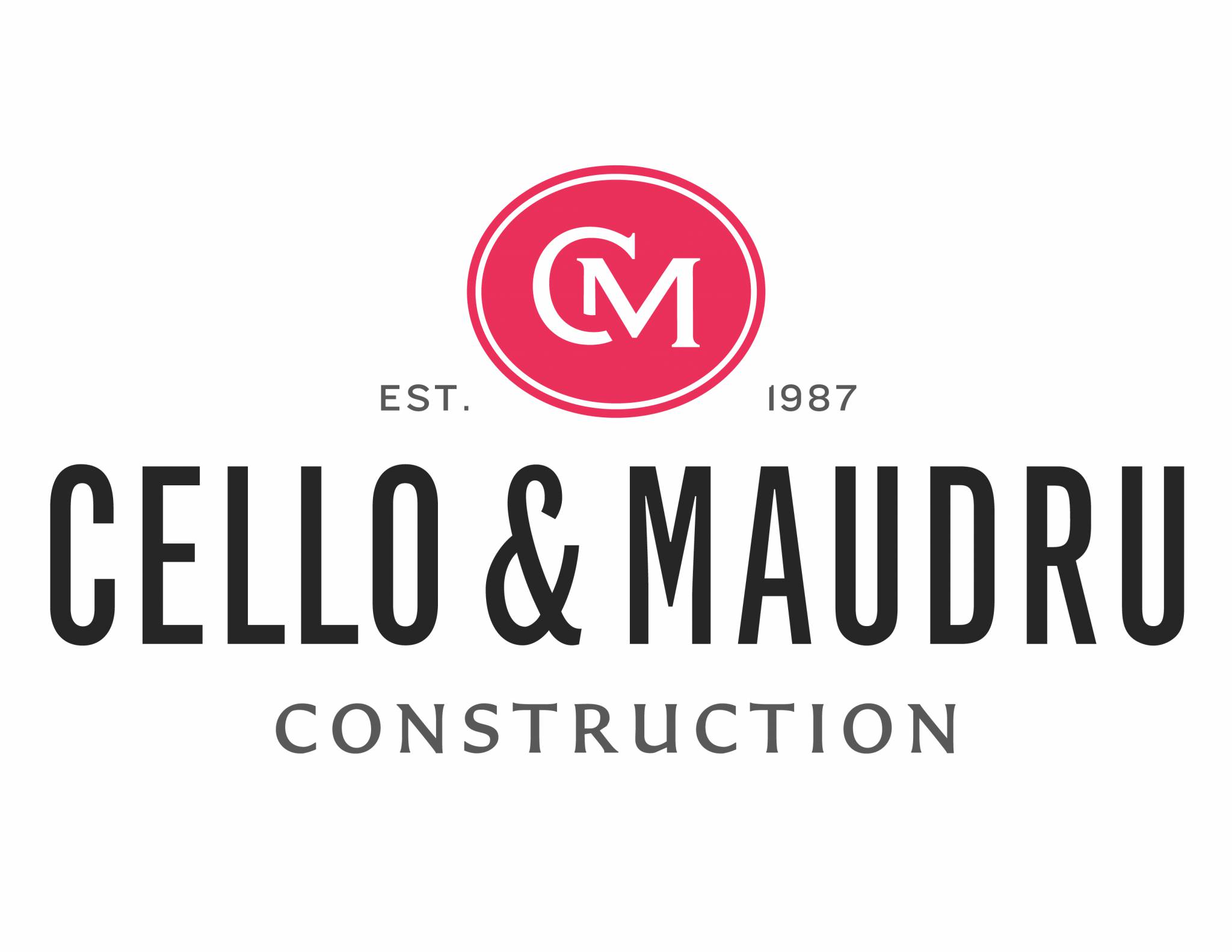 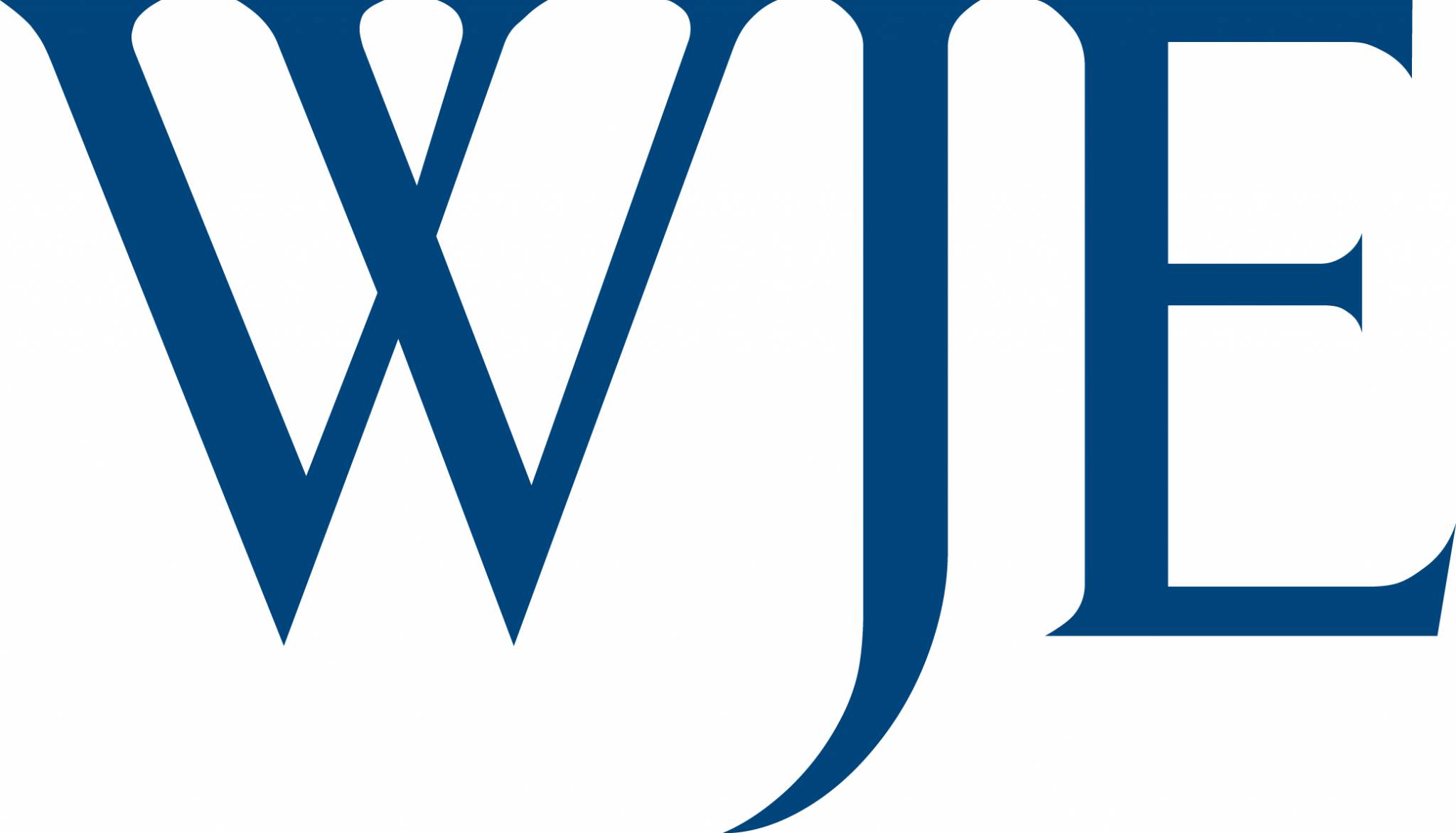 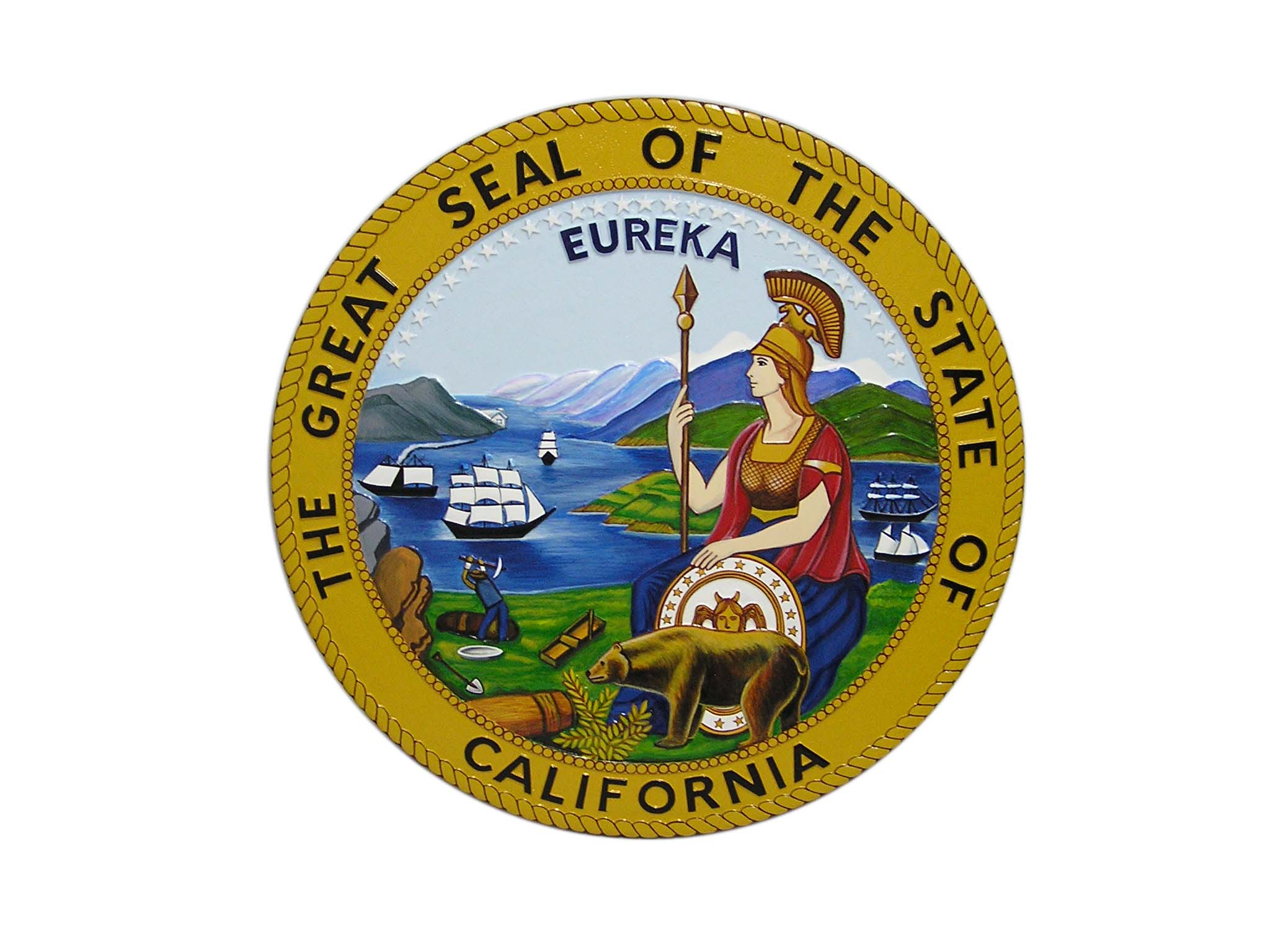 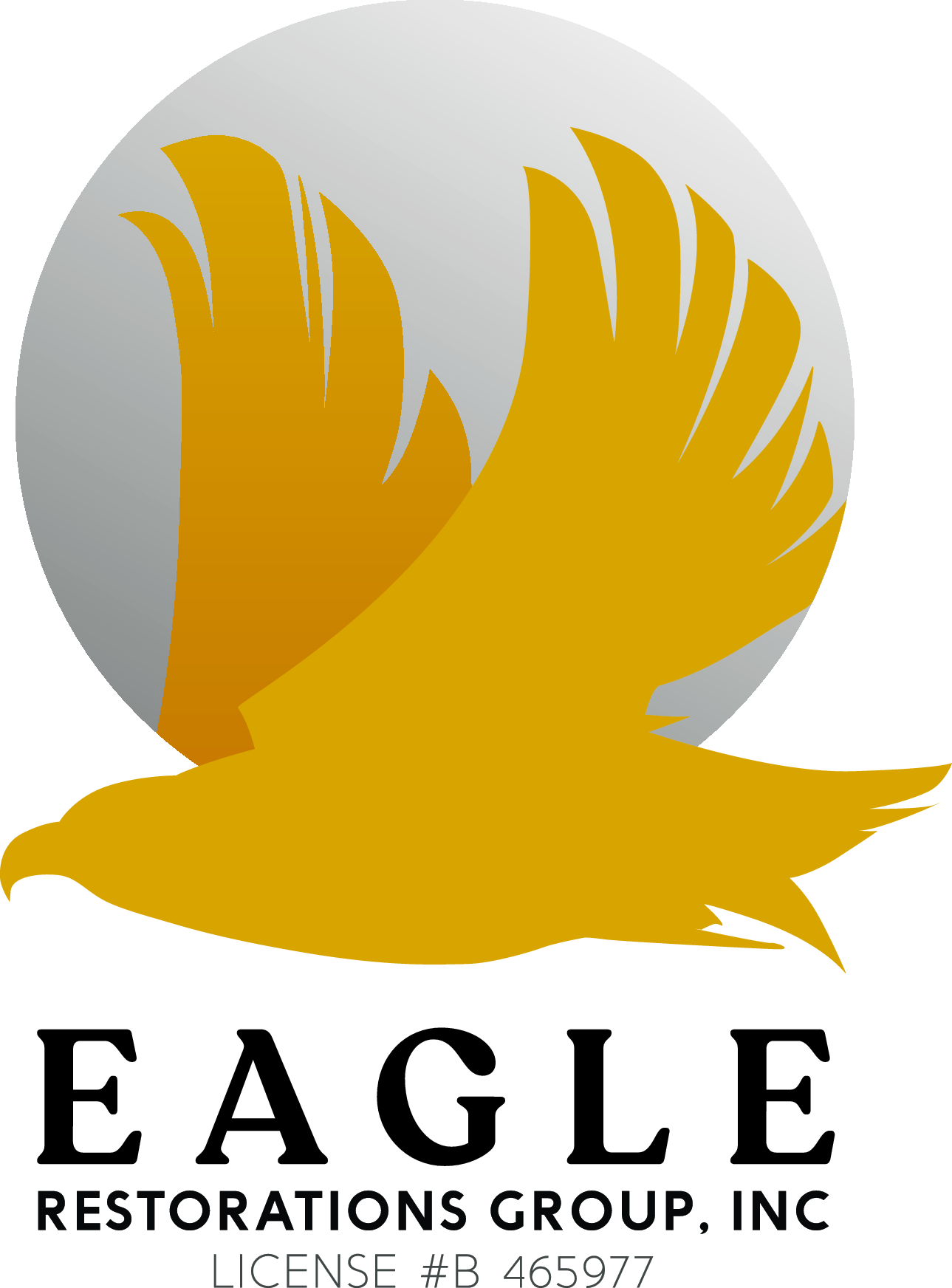 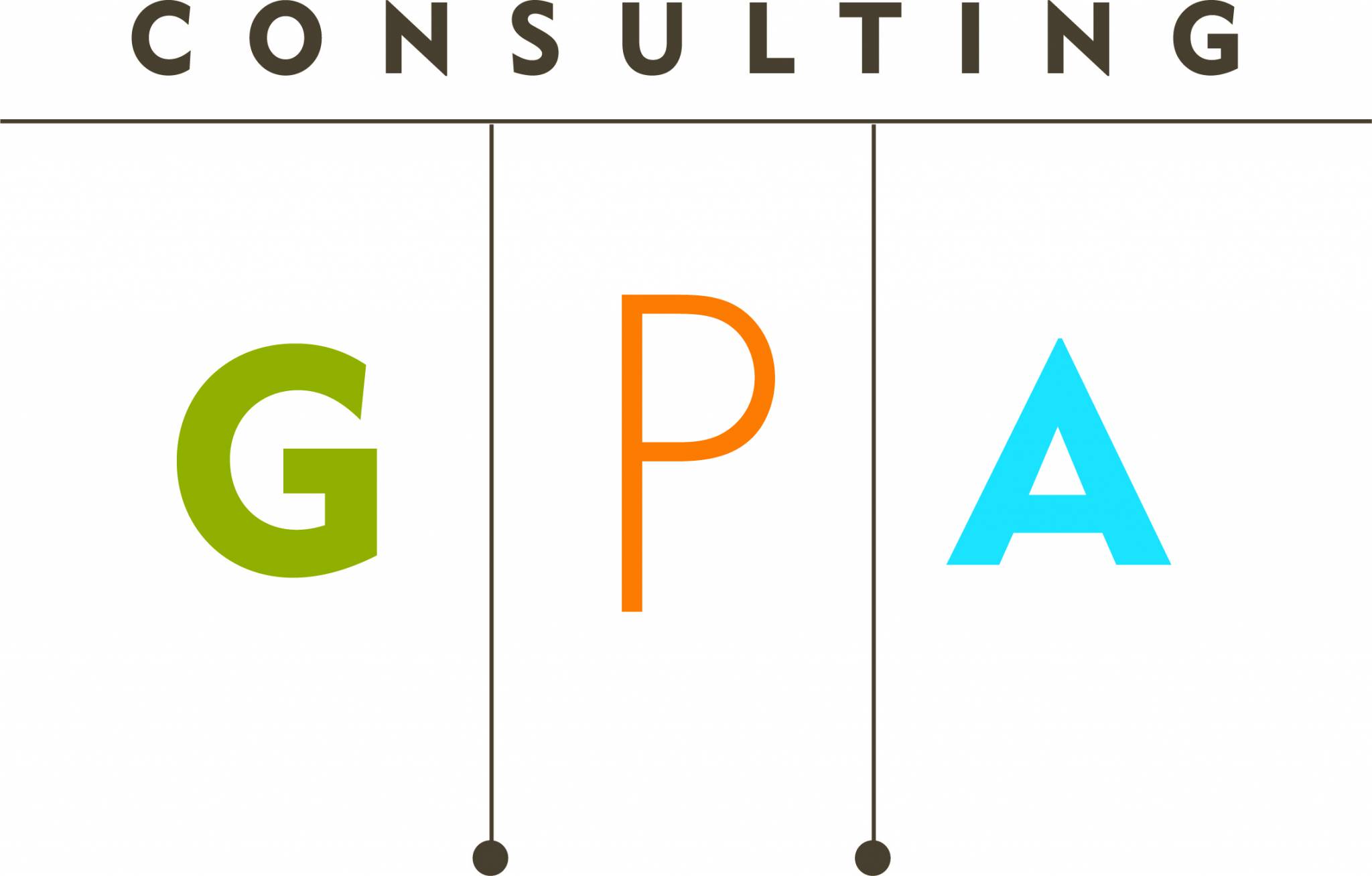 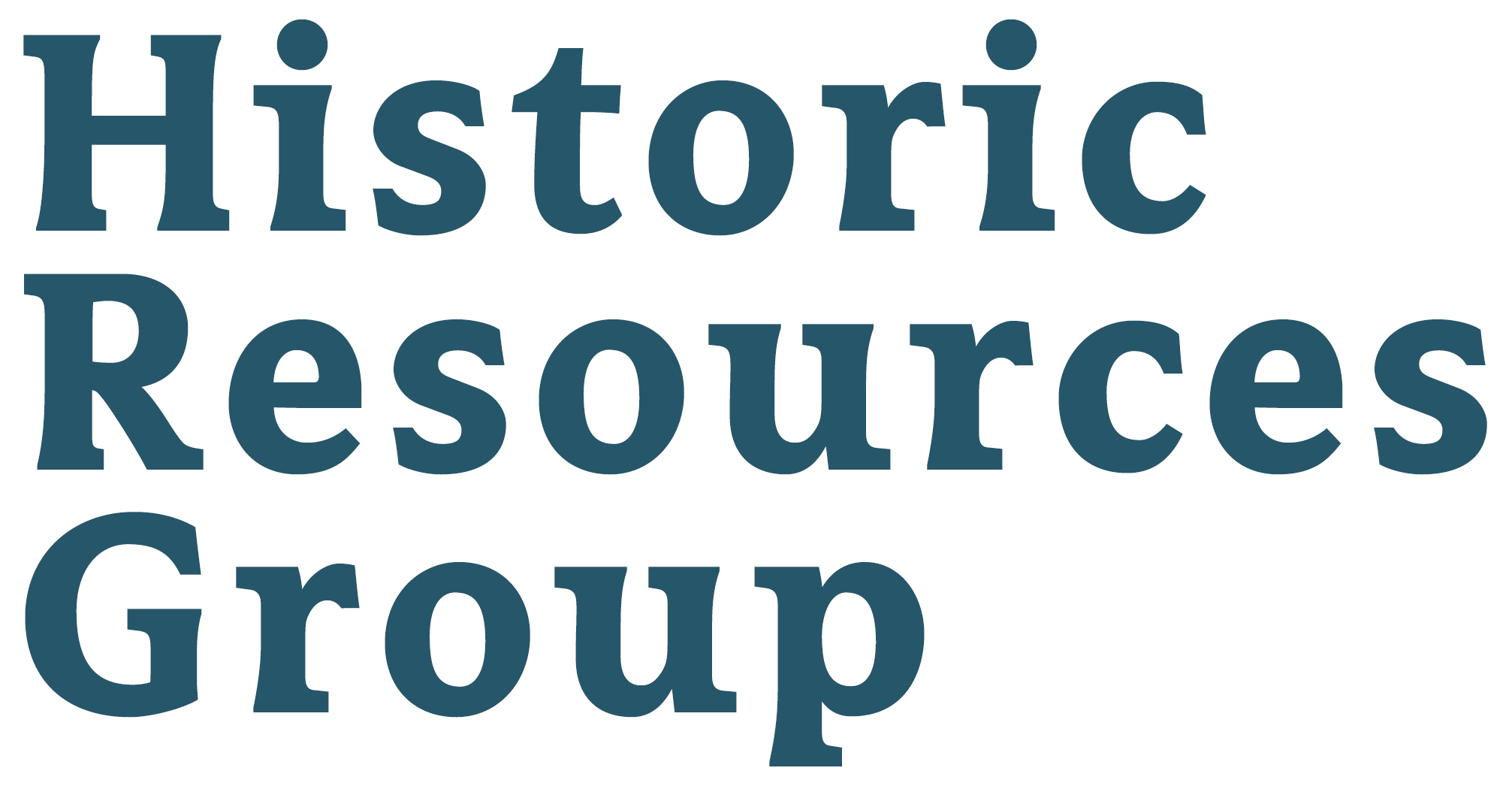 The West Hollywood Commercial Survey & Preservation Website is the winner of a 2018 Preservation Design Award. Award recipients are selected by a jury of top professionals in the fields of architecture, engineering, planning, and history, as well as renowned architecture critics and journalists. In making their decision, the jury stated: “This is a great survey of a socially and culturally complex area in a city fraught with preservation controversy. The survey is very thorough, and is being put to good use in practice. Fascinating! This is a model for urban cultural surveys.”

The first phase of this project was a reconnaissance survey of every property in commercial and public zoning districts constructed up to and including 1975. A list containing 89 individual properties and one district that warranted further study was developed, and these properties were evaluated using established designation criteria for listing in the National Register of Historic Places, the California Register of Historical Resources, and the City’s Register of Cultural Resources, with analysis of both significance and integrity. From this research, 58 individual properties and one district of ten contributing properties appeared to be eligible for one or more landmark designation.

Archival and secondary source research focused on the period after World War II since that is where previous context statements ended. At the outset of the project, an ending date coinciding with the City’s incorporation in 1984 appeared to be a more natural conclusion for the statement than 1975 and allowed for the inclusion of important trends that occurred later on. The final context provides a comprehensive history of West Hollywood, identifying many significant historic themes, notably including those relating to the LGBTQ community and entertainment industry.

In the future, the new database can be used for analytical purposes in preparing evaluations for cultural resources. The website itself is a great preservation tool to promote and manage assets, providing easy access to relevant city ordinances and forms, as well as prior surveys and context statements. It presents a model for the future of local preservation surveys and contexts.

The 2016 City of West Hollywood Historic Resources project included a commercial and nonresidential survey of properties constructed between the town’s founding in 1895 and 1975, a historic context statement covering the period from 1895 to 1984 (when the City was incorporated), and a new historic preservation website with a searchable database of designated and potential cultural resources. This was a project focused on documentation, identification, communication, and digitalization.

The purpose of the survey was to update the inventory of commercial, institutional, and industrial buildings throughout the city according to current best practices. The properties identified included a vast range from late 19th century streetcar development to modern high-rise office towers. Collectively and individually they tell the story of West Hollywood’s unique arts and entertainment history, from the music venues of the Sunset Strip to the art galleries of the La Cienega design district. Eligible resources also represent its history as a center of the LGBTQ community from nascent civil rights activism to the AIDS crisis. 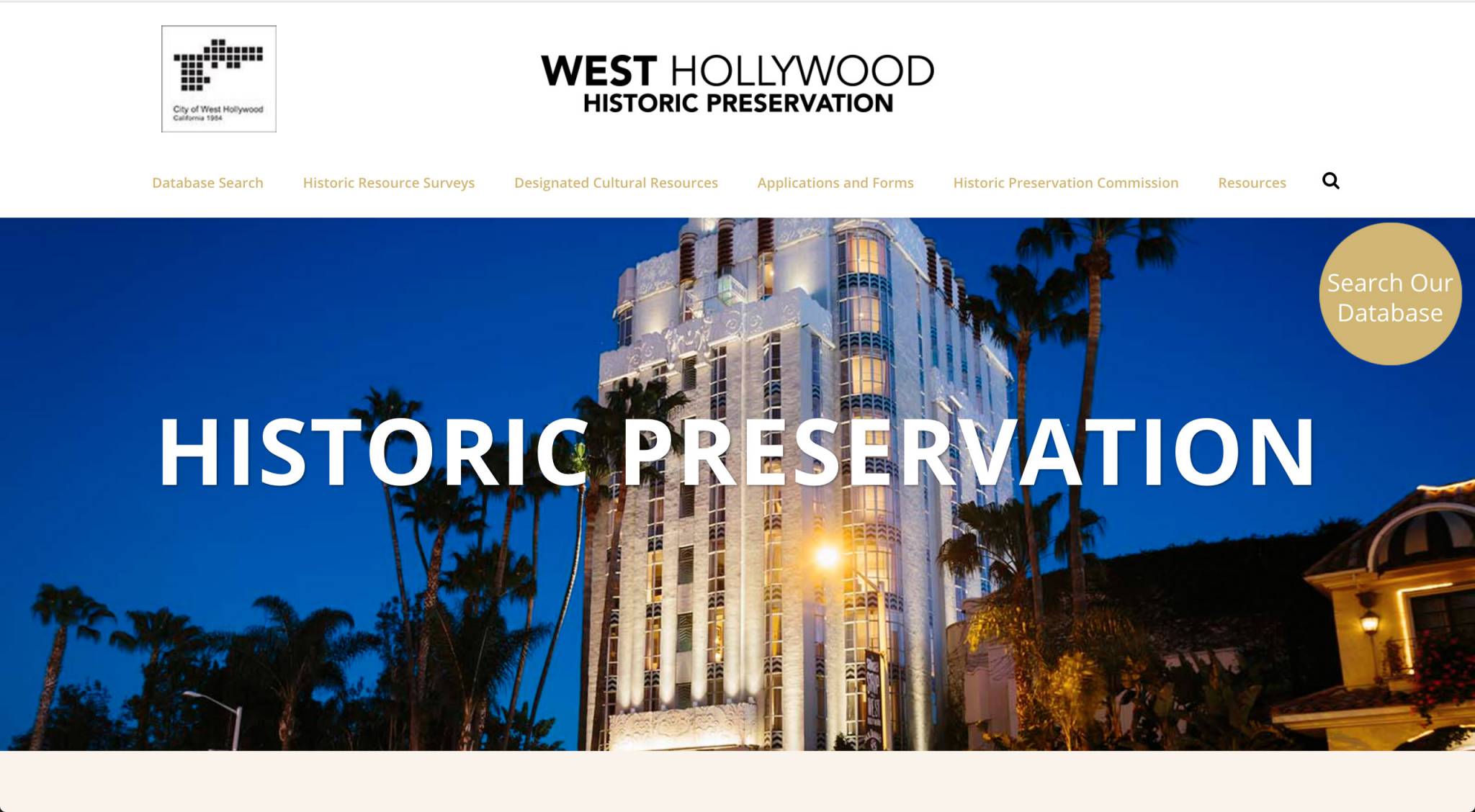 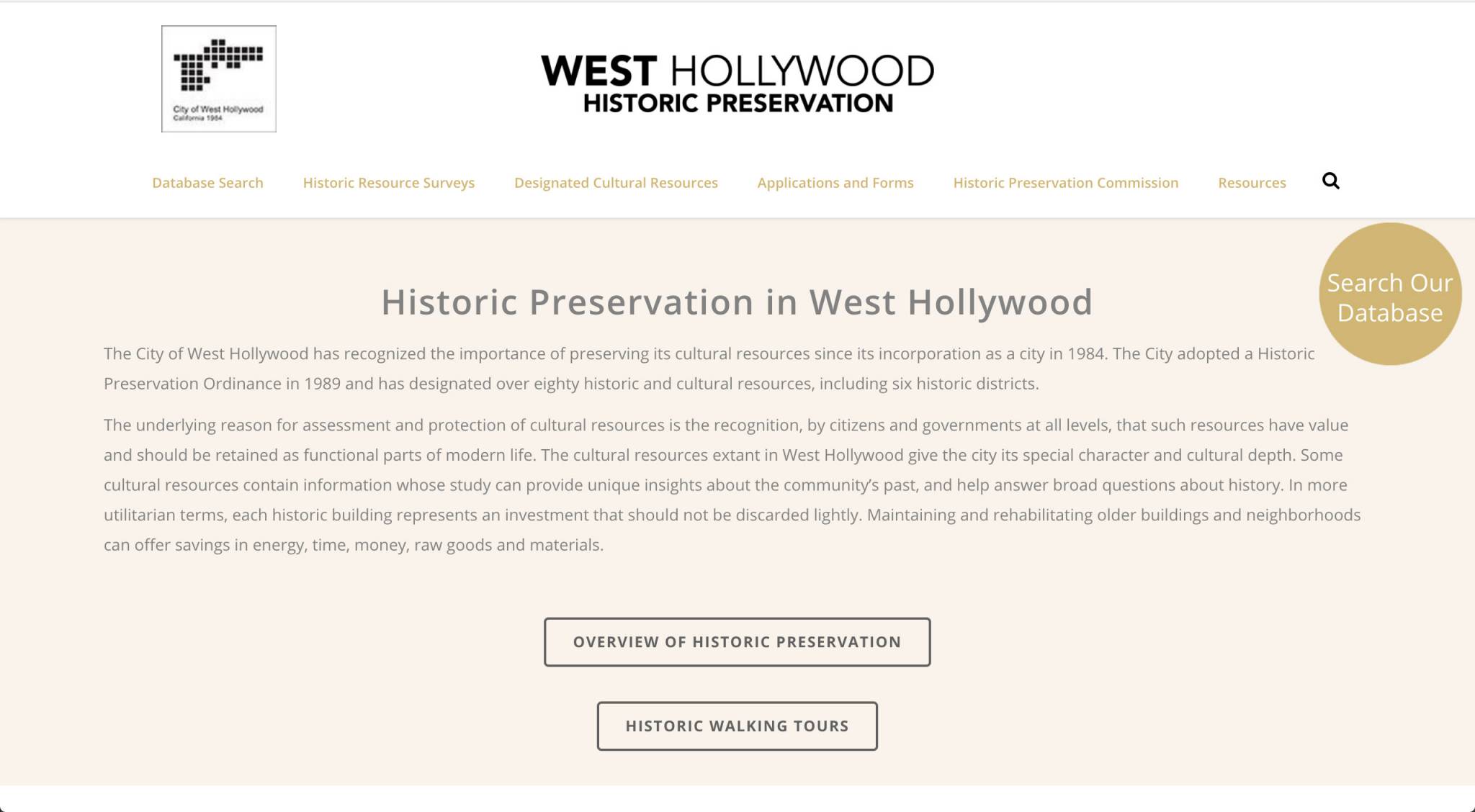 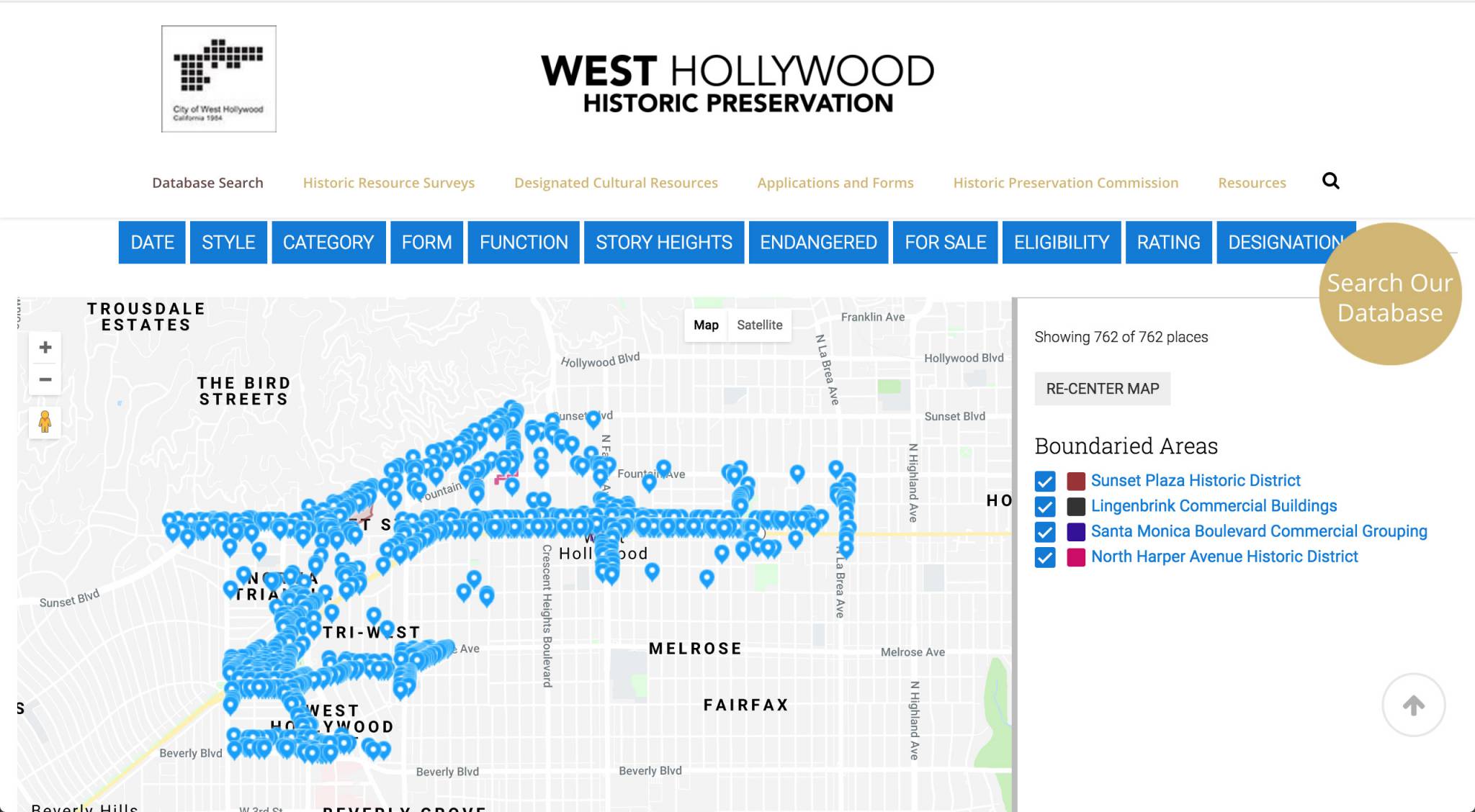 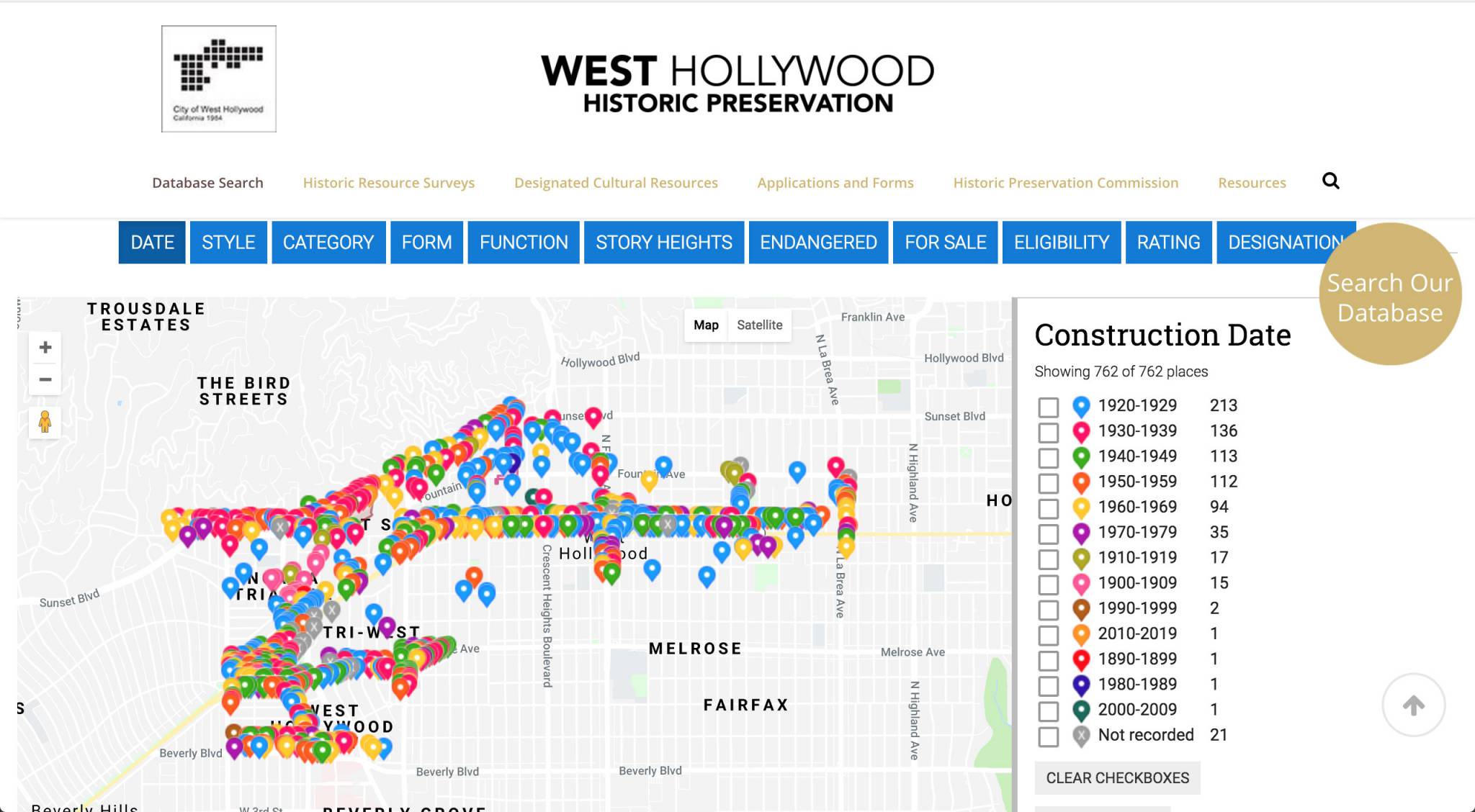 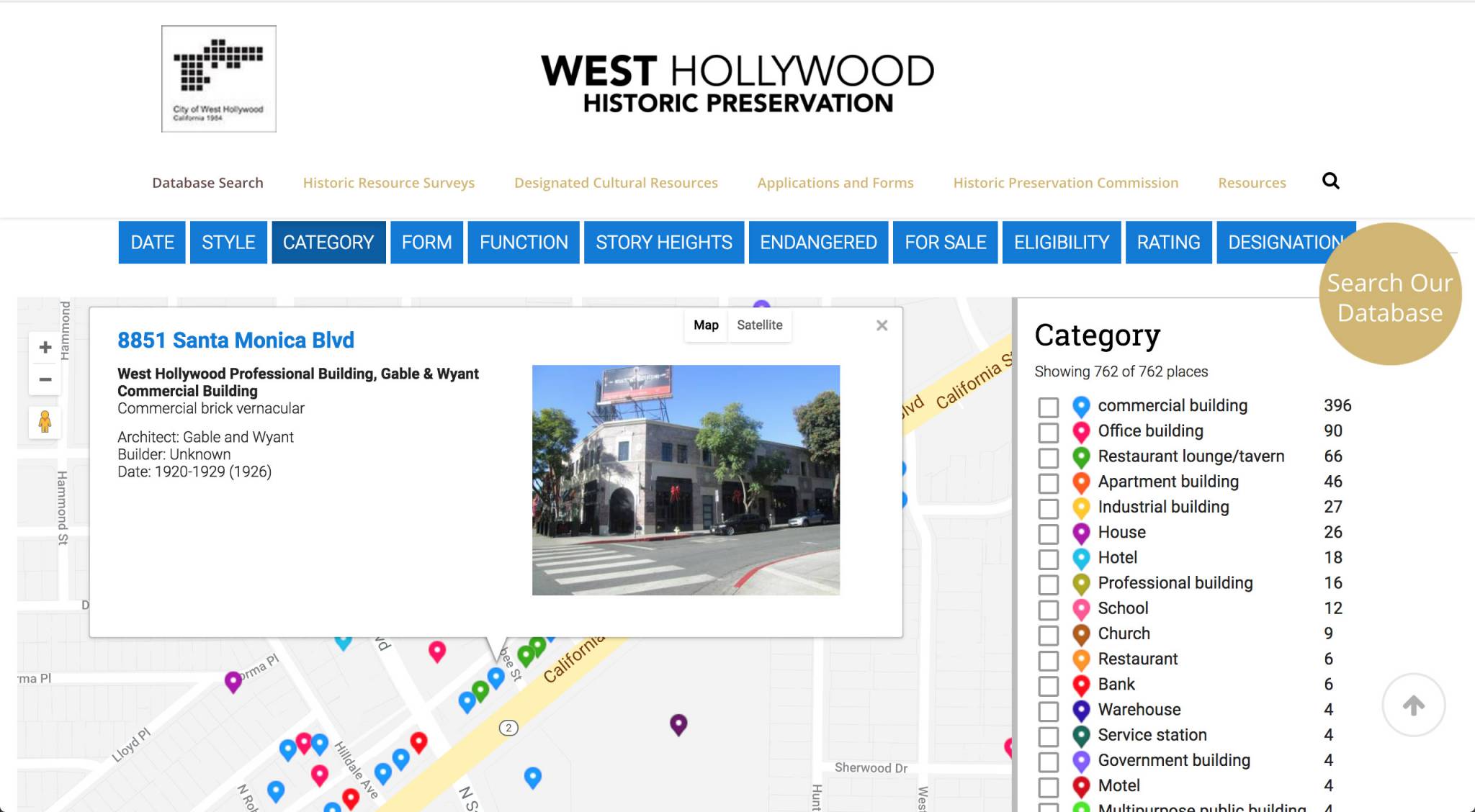 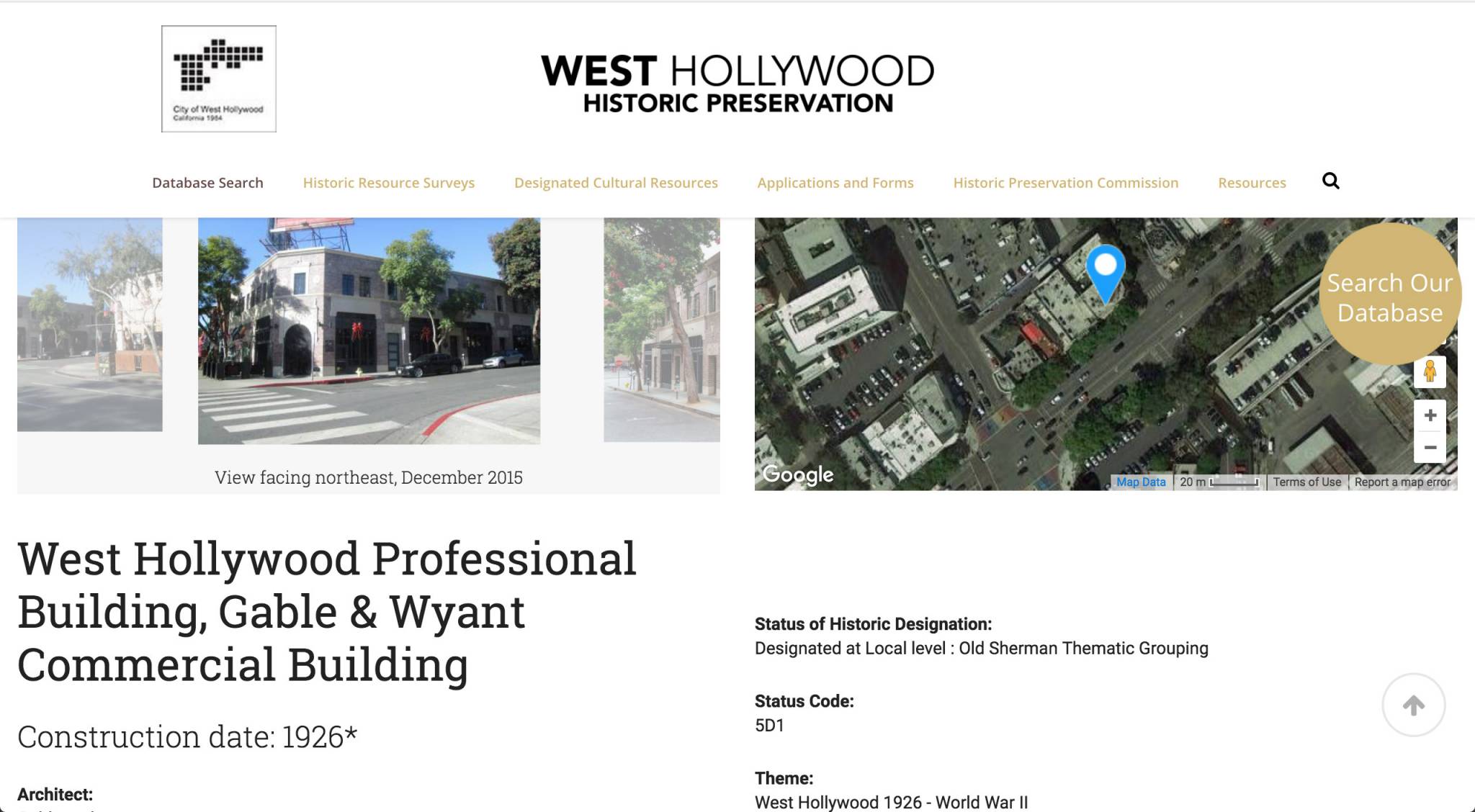 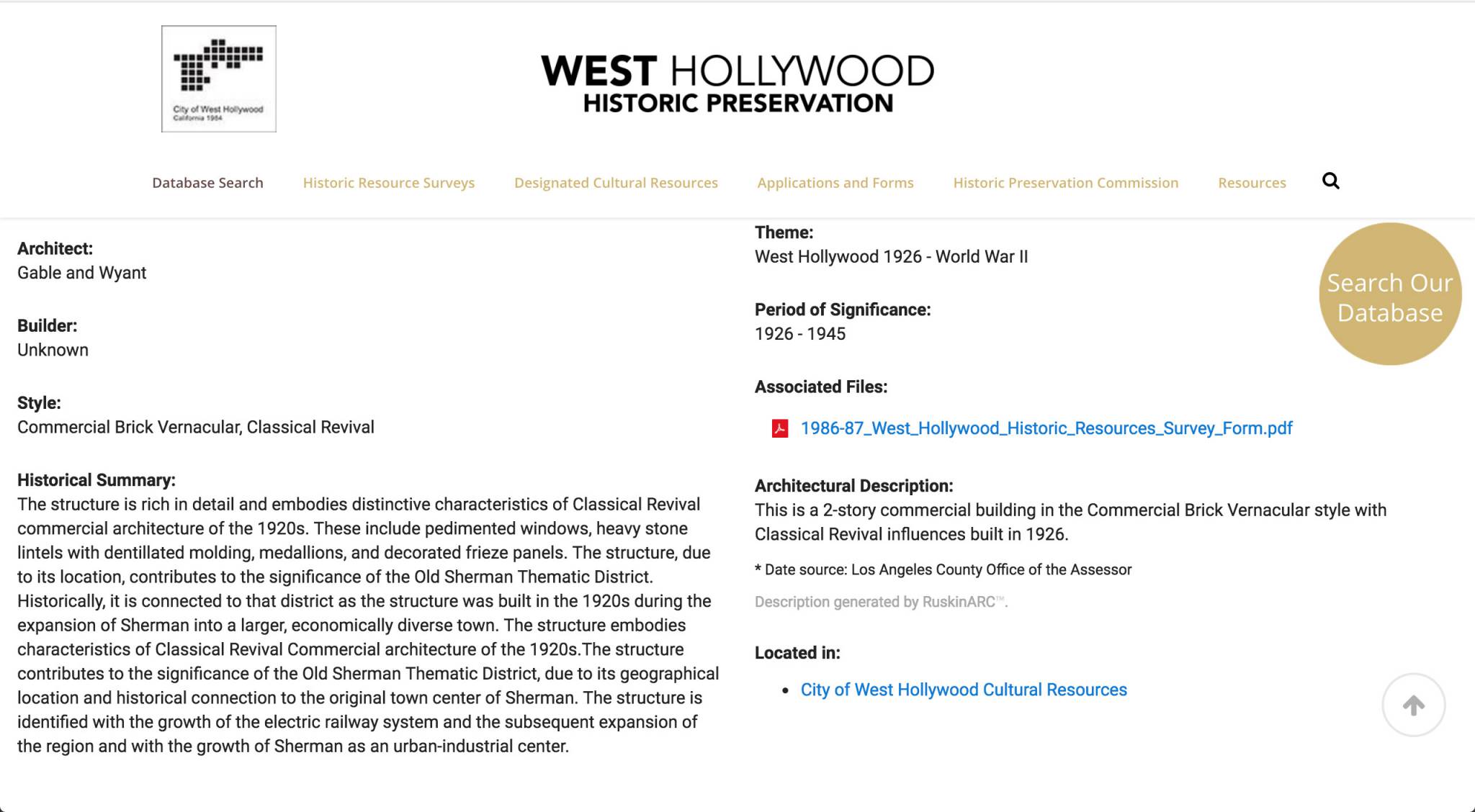 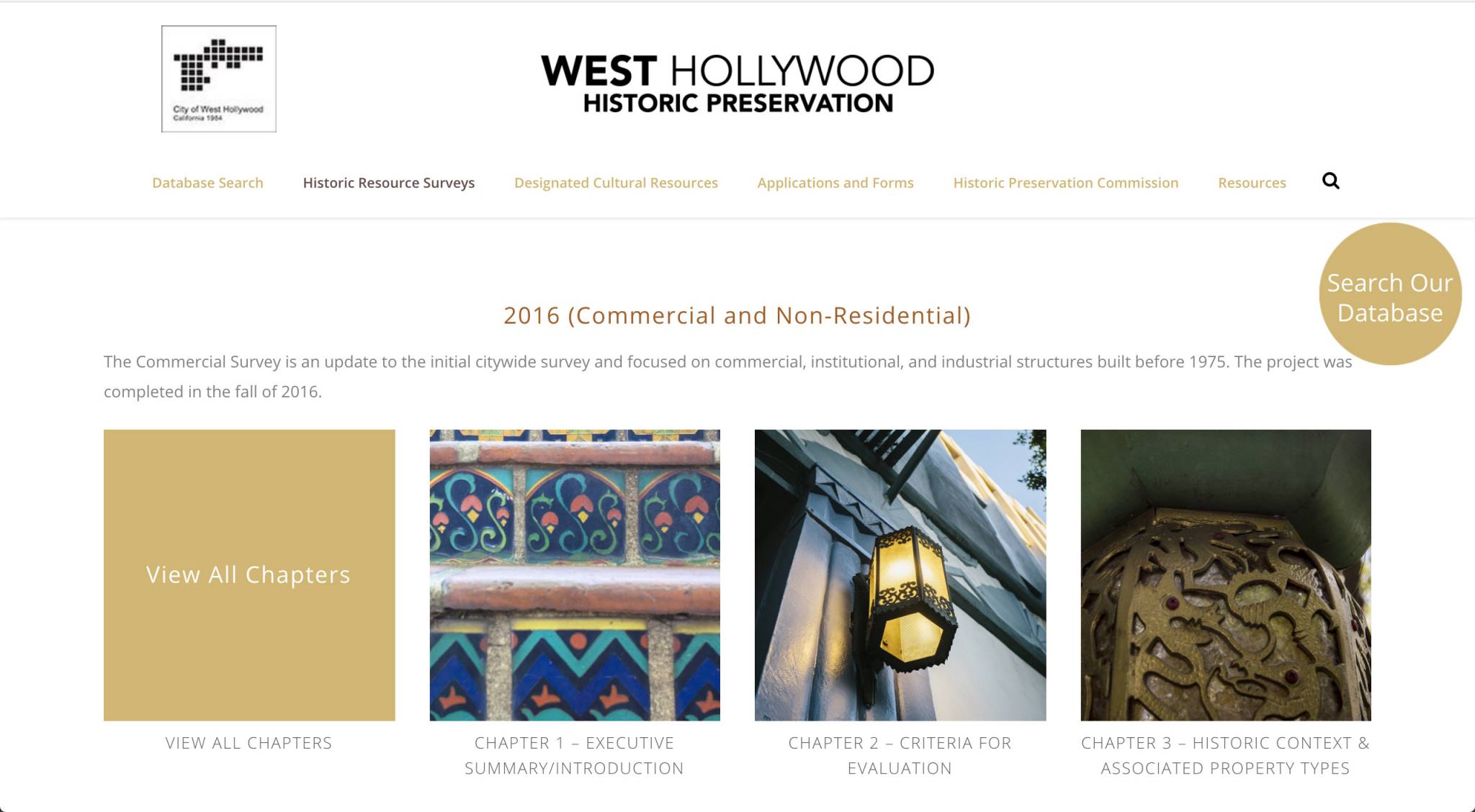 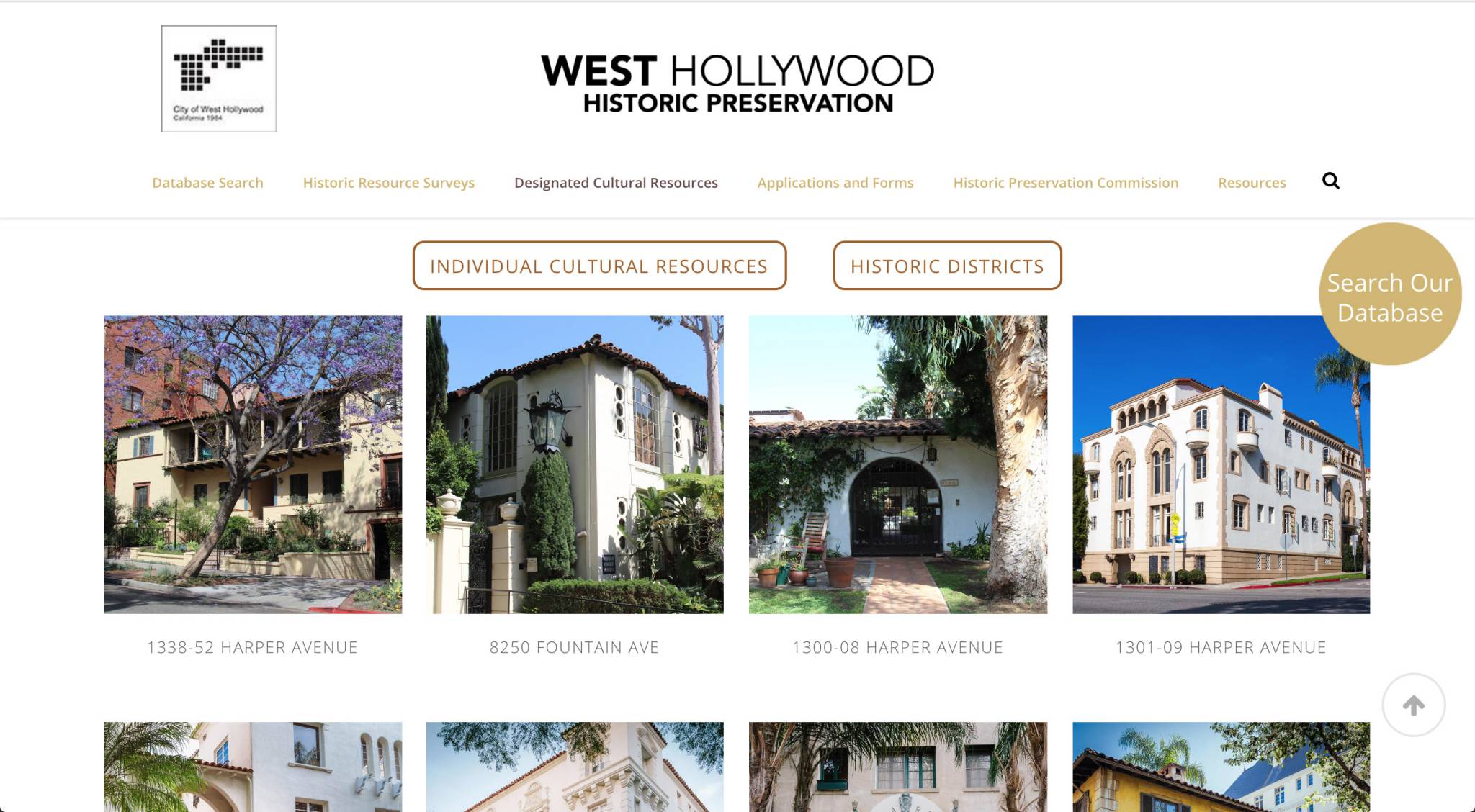 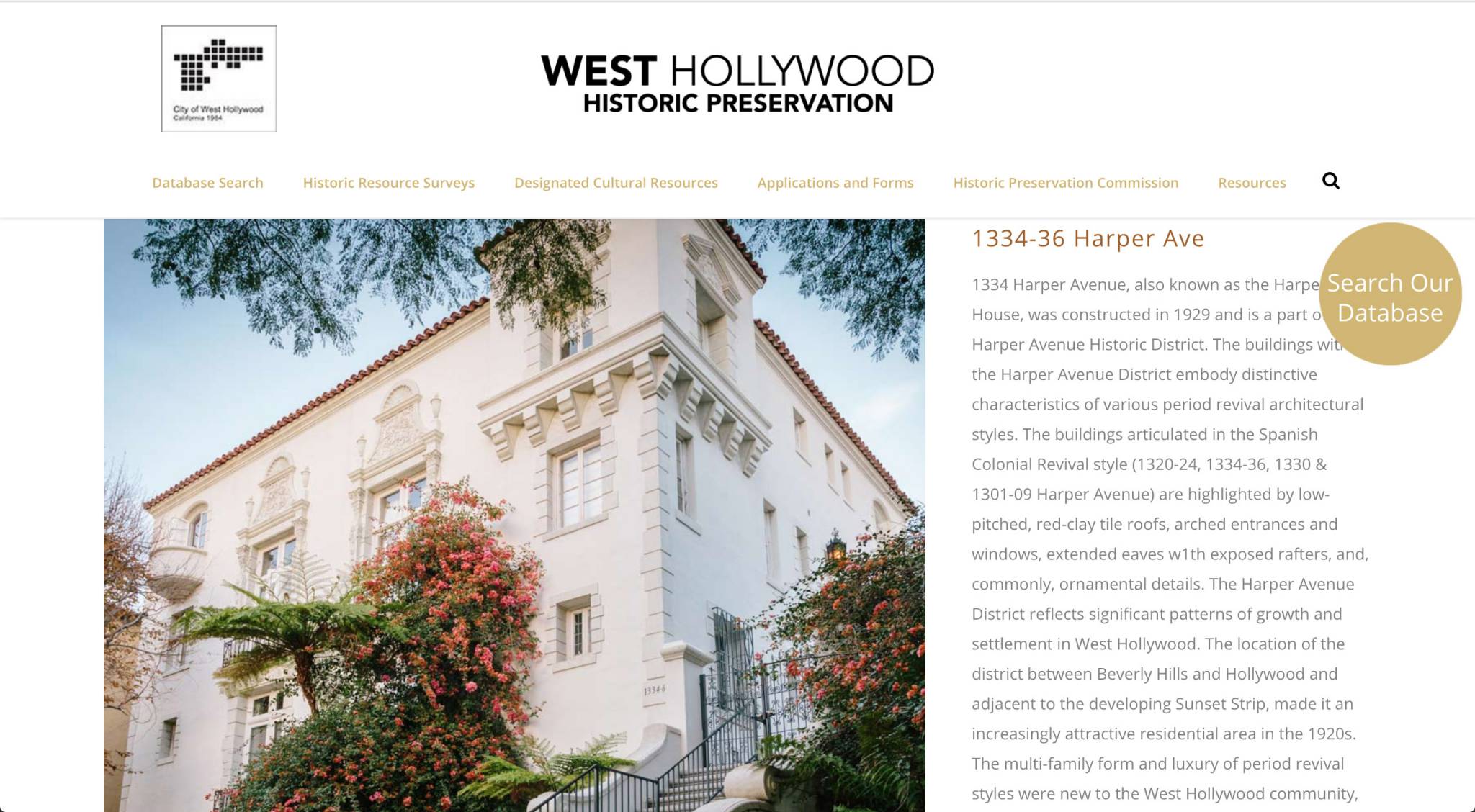 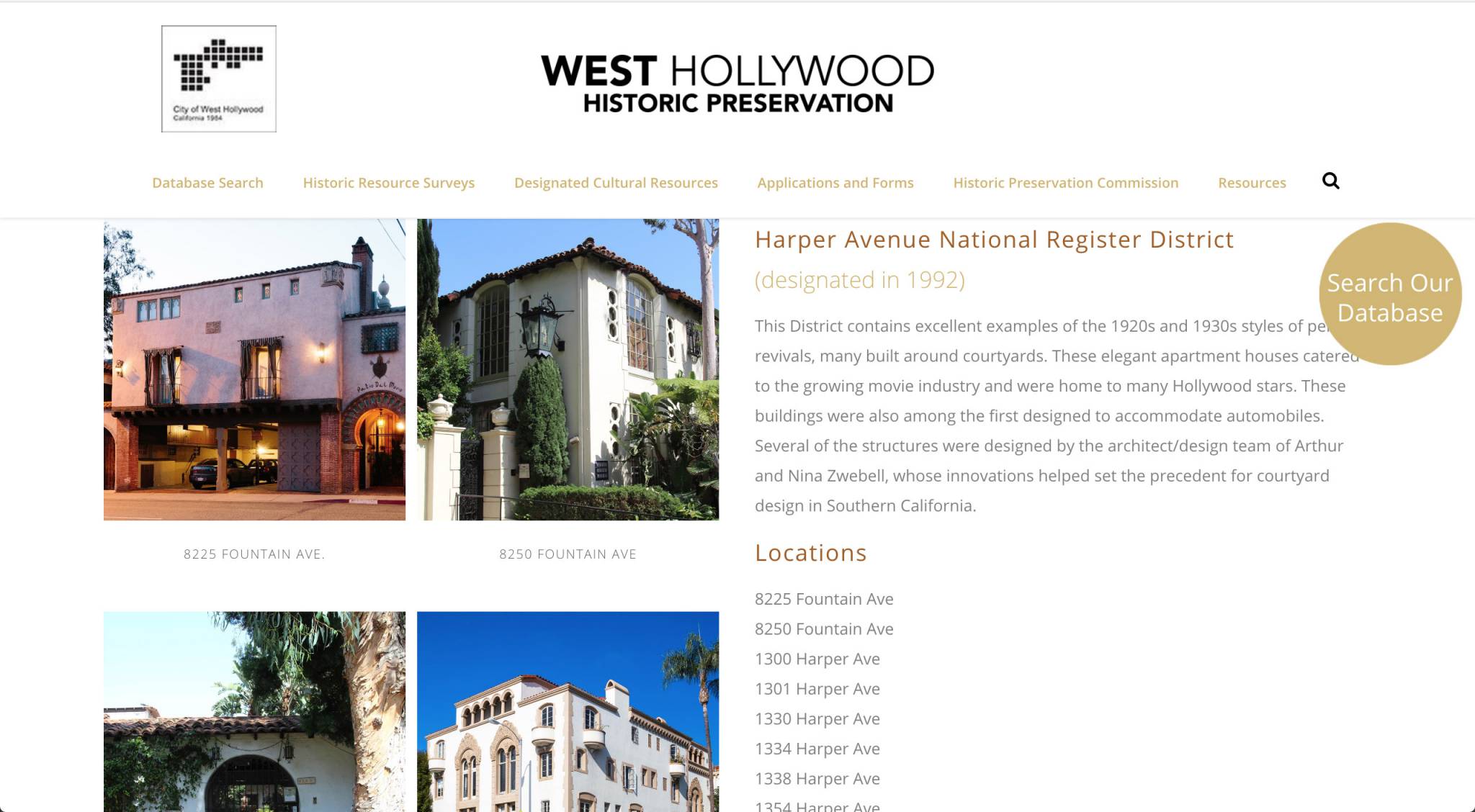 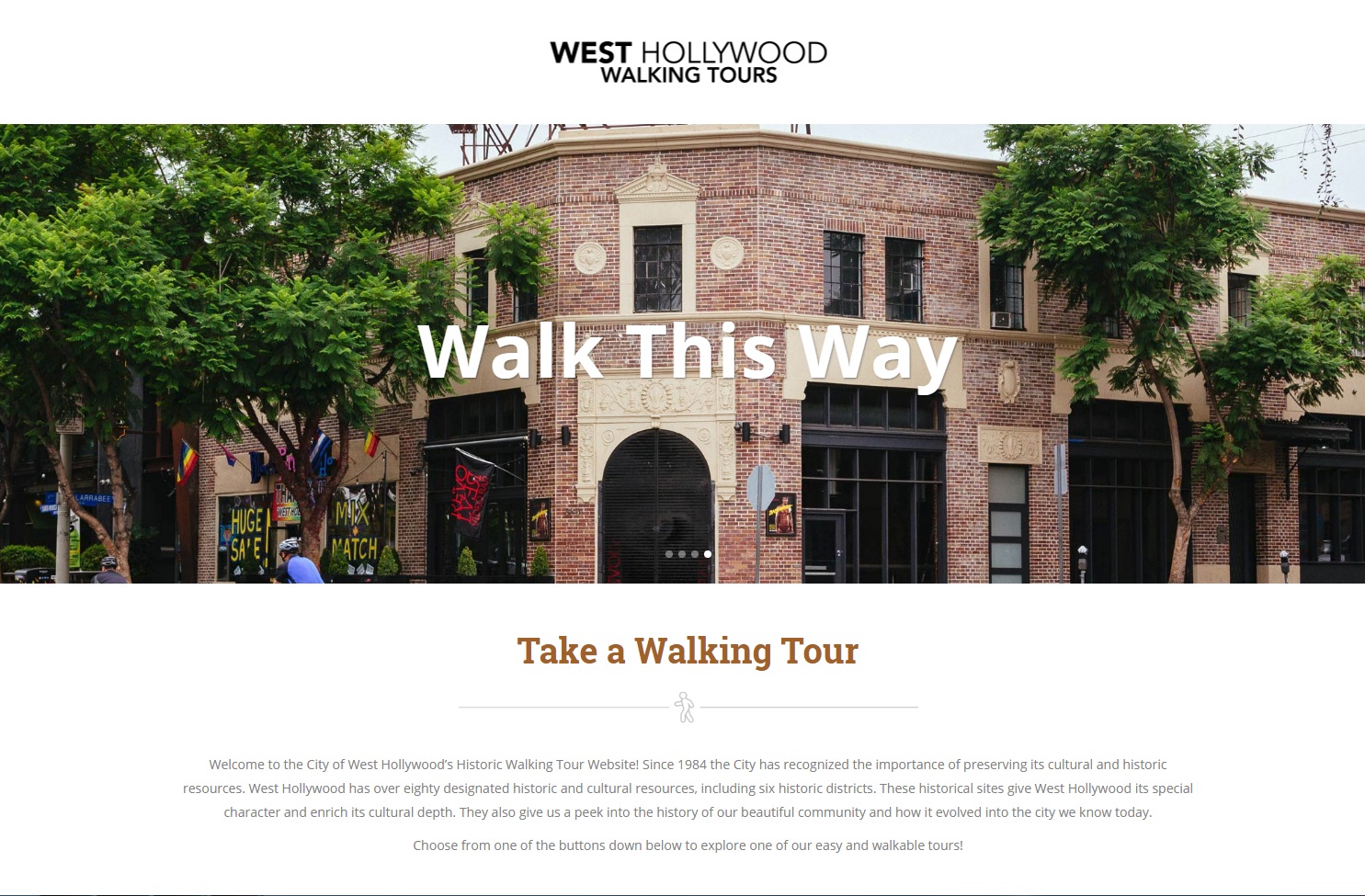