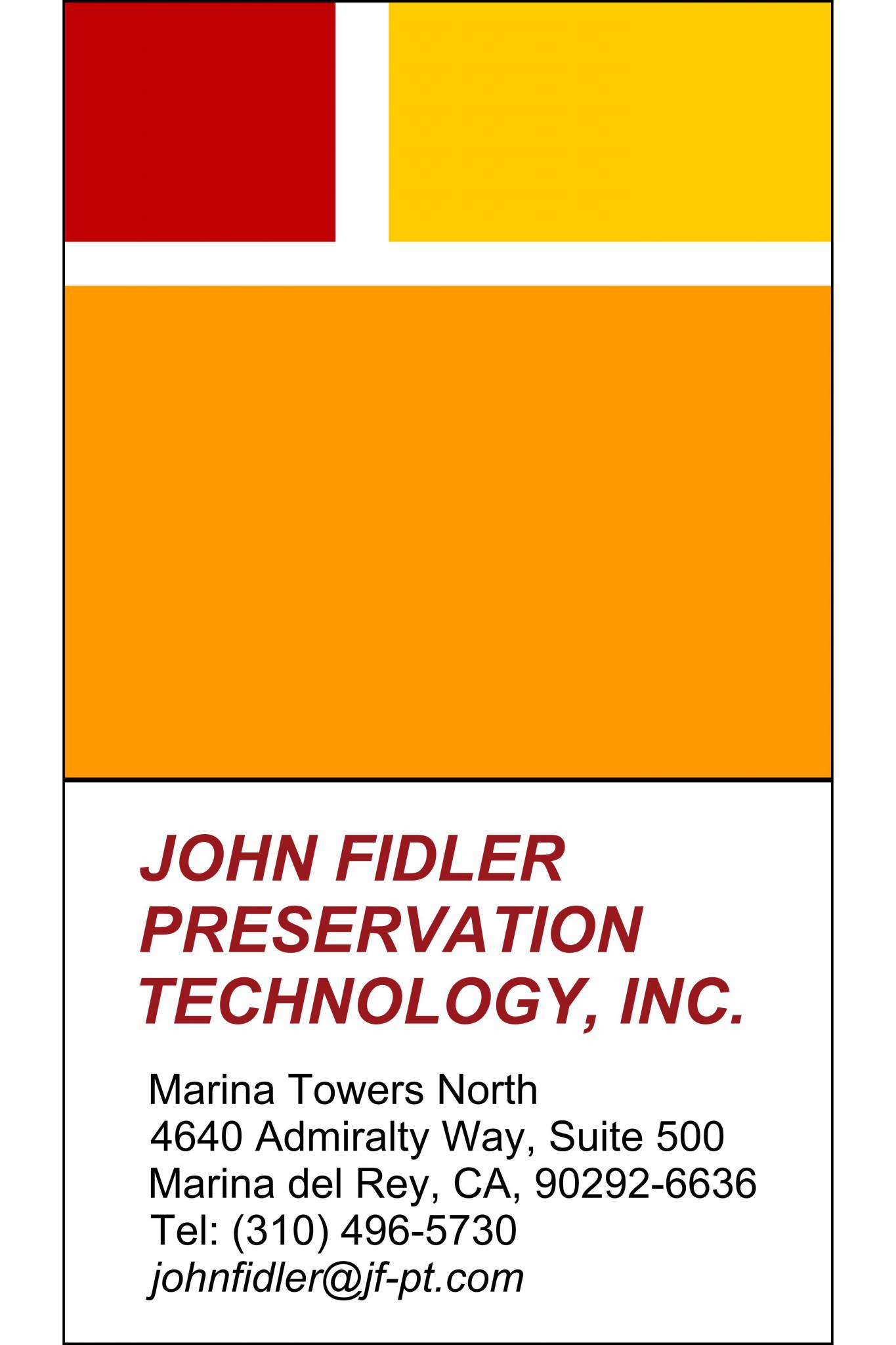 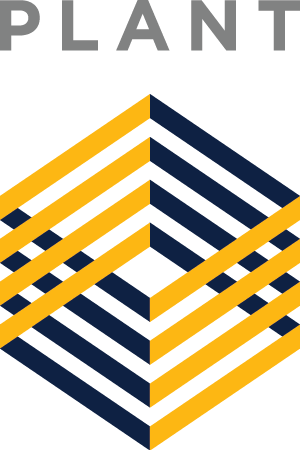 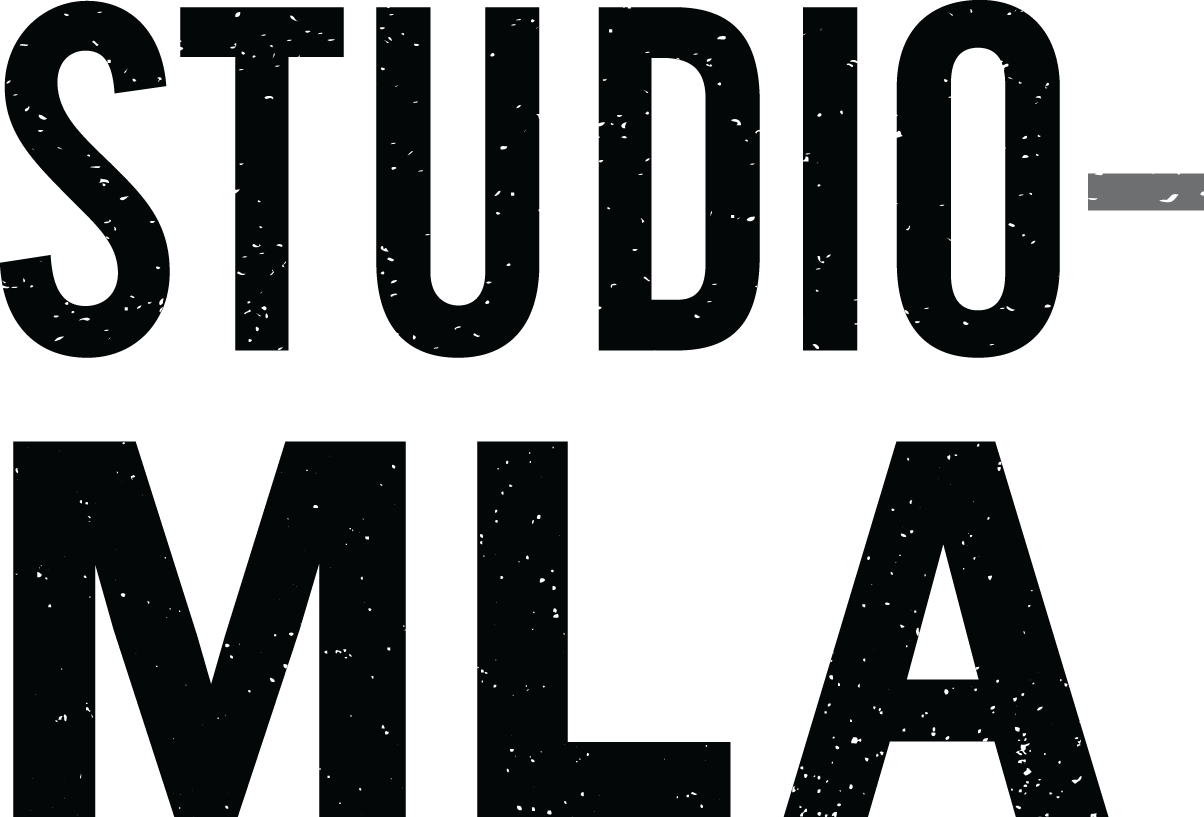 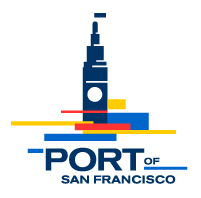 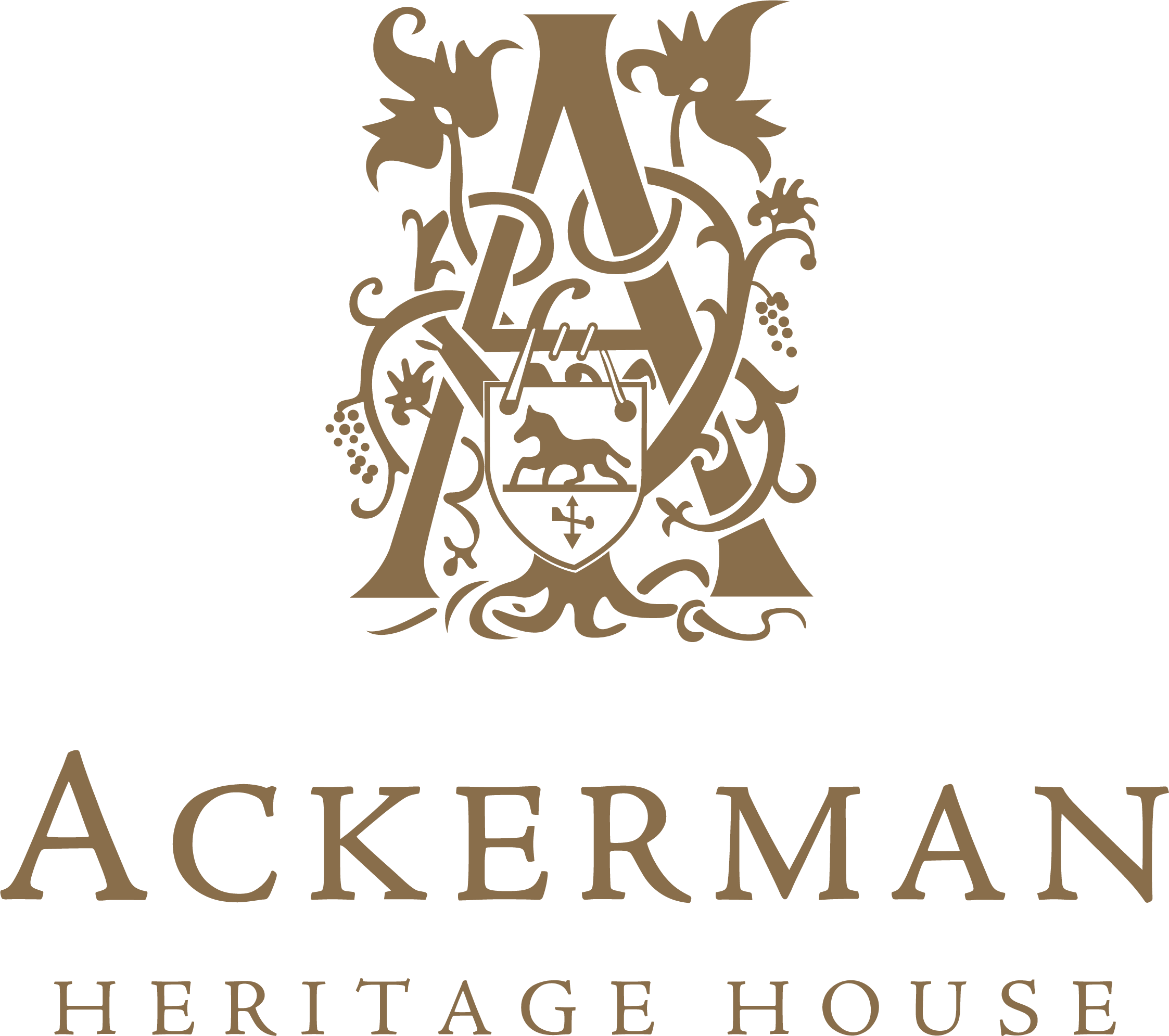 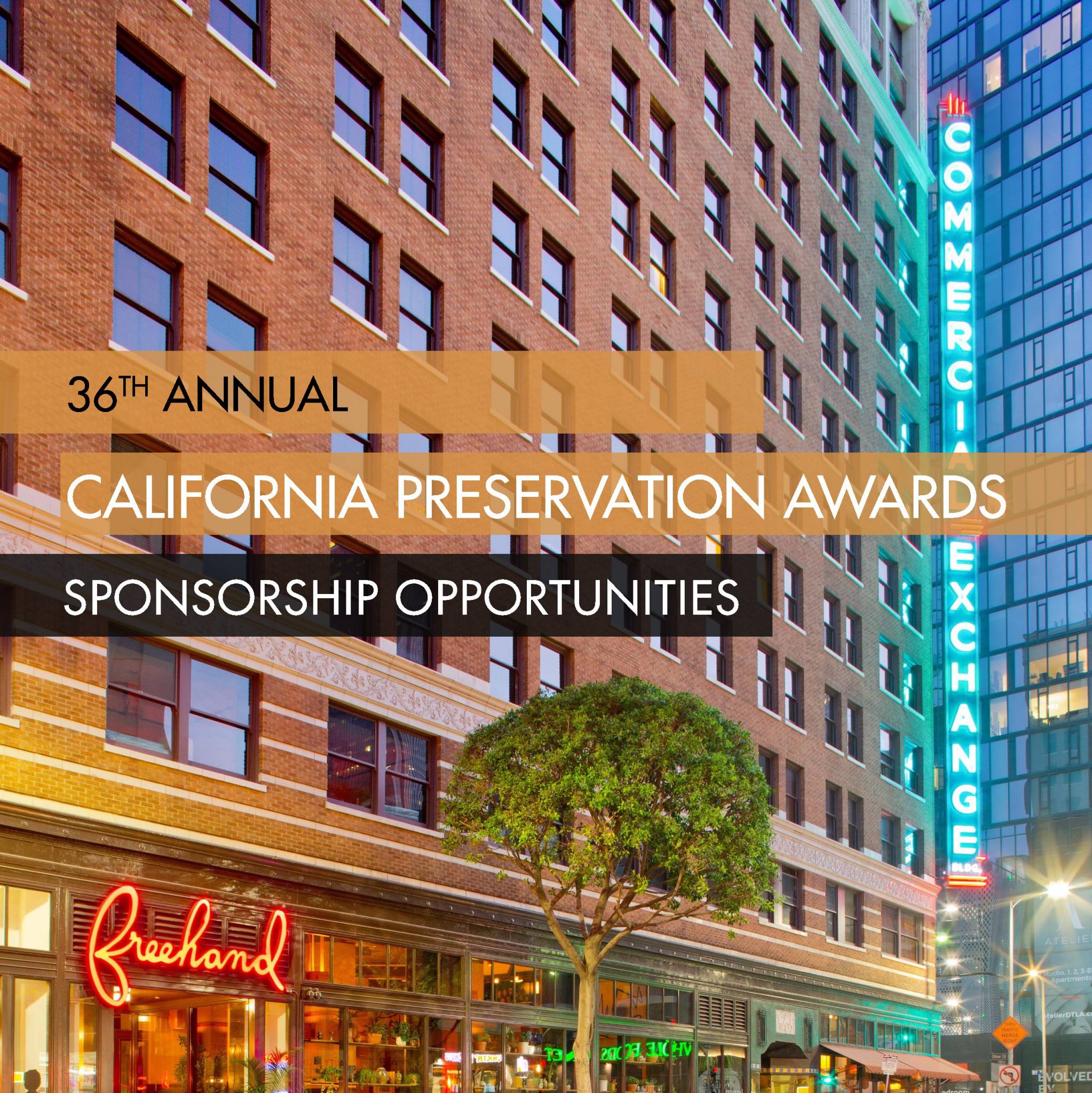 The California Preservation Foundation (CPF) was incorporated in 1978 and has since become a 501c3 nonprofit with a statewide network of more than 20,000 members and supporters. Click here to learn how you can become a member.

Kaptur Plaza in Palm Springs is the winner of a 2019 Preservation Design Award for Restoration. Award recipients are selected by a jury of top professionals in the fields of architecture, engineering, planning, and history, as well as renowned architecture critics and journalists. In making their decision the jury made note not only of the workmanship, but of the tremendous community involvement, stating, “this exemplifies a distinct moment in architectural time, and does a lot with natural cooling. The community rallied to save it, and it’s great that people in Palm Springs are really putting their money where their mouth is, preserving their heritage.”

The complex (32,000 square foot office space), designed in the early 1970’s, consists of four buildings which are paired into two groups. Originally named Tahquitz Plaza, it is now named Kaptur Plaza. The Architect, Hugh Kaptur, is renowned for his work in the city of Palm Springs. The buildings were neglected, vacated, and slated for demolition by the owners, an Orange County development Company. A new design for condominiums was presented to the city’s Architectural Advisory Committee, and was denied for several reasons, including the pedigree of existing architecture. A lively debate between preservationists and developers ensued. Hugh Kaptur, original architect and octogenarian, opined to preserve the buildings. After months of public meetings, the developer agreed to rehabilitate the existing buildings. They hired a local architect with historic preservation expertise to design and produce construction documents for the project, and collaborate with Hugh Kaptur.

The buildings received local recognition and awards when constructed in the 1970’s for its unique architectural design. Kaptur Plaza is an important contribution to Palm Springs renowned collection of commercial modernist architecture. The architecture mimics adjacent mountain profiles and is organic in form. Elements of desert modern style are expressed structurally via the glulam beams and exposed posts. Deep eves, striking eyebrow windows, and projecting fins are modern elements for solar shading, along with the brise soleil within the breezeways. The organic forms of the buildings are quite sculptural.

The original architect, Hugh Kaptur, has been practicing architecture in Palm Springs for several decades. In 2014, his contributions to the Coachella Valley’s built environment were recognized by the Modernism Week organization with a star on the Palm Springs Walk of Stars, prominently placed in front of the Palm Springs Architecture and Design Museum. Hugh Kaptur is a visionary, and has played a significant role in the development of Palm Springs as a mecca for mid-century modern architecture. Among Kaptur’s significant works are the Steve McQueen Residence (1964) and William Holden Residence (1977) in the prestigious community of Southridge, Palm Springs. With more than 200 projects in the area, he has a prolific and noteworthy career. His work is currently exhibited at the Palm Springs Architecture and Design Museum, and is considered among the most creative and innovative of the era. 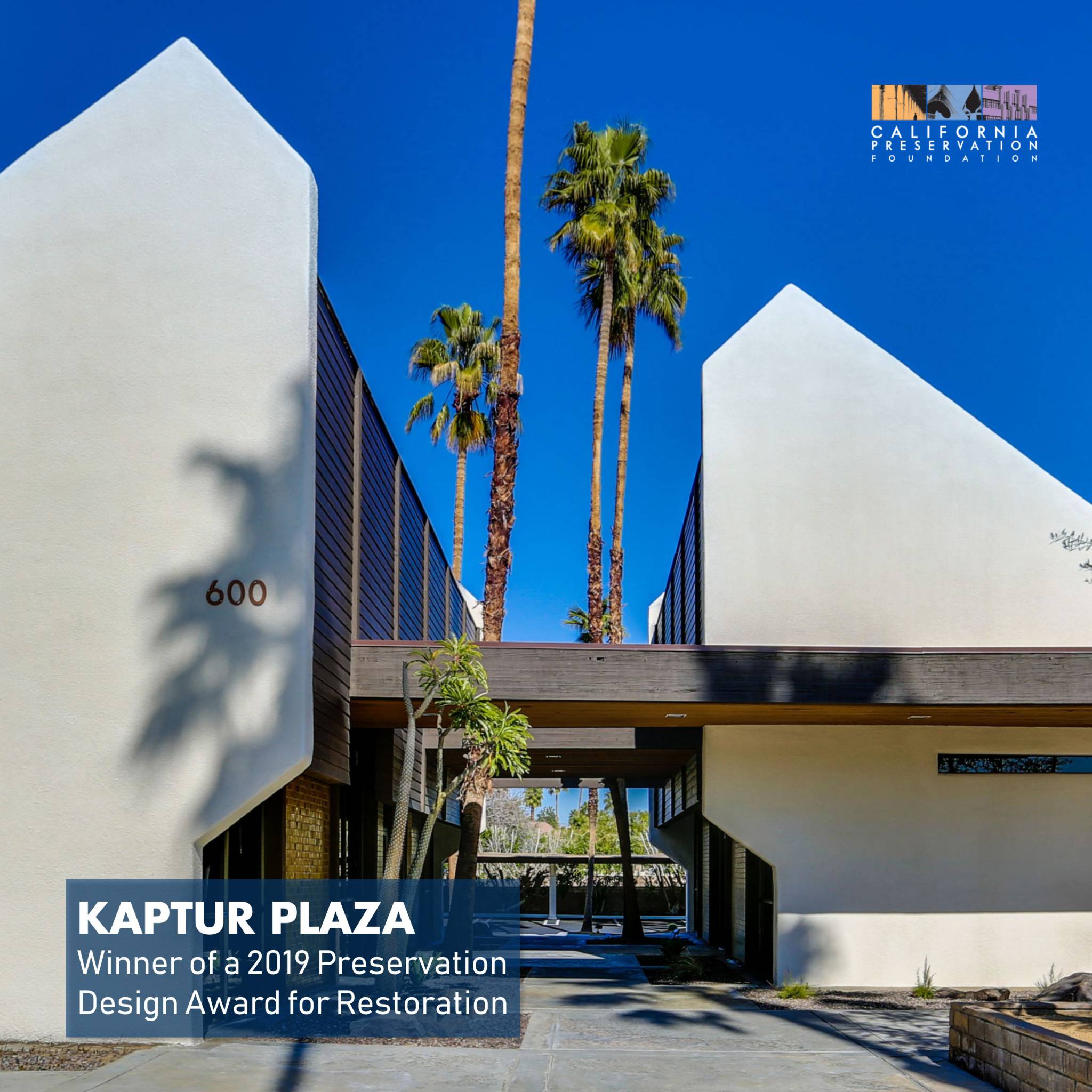 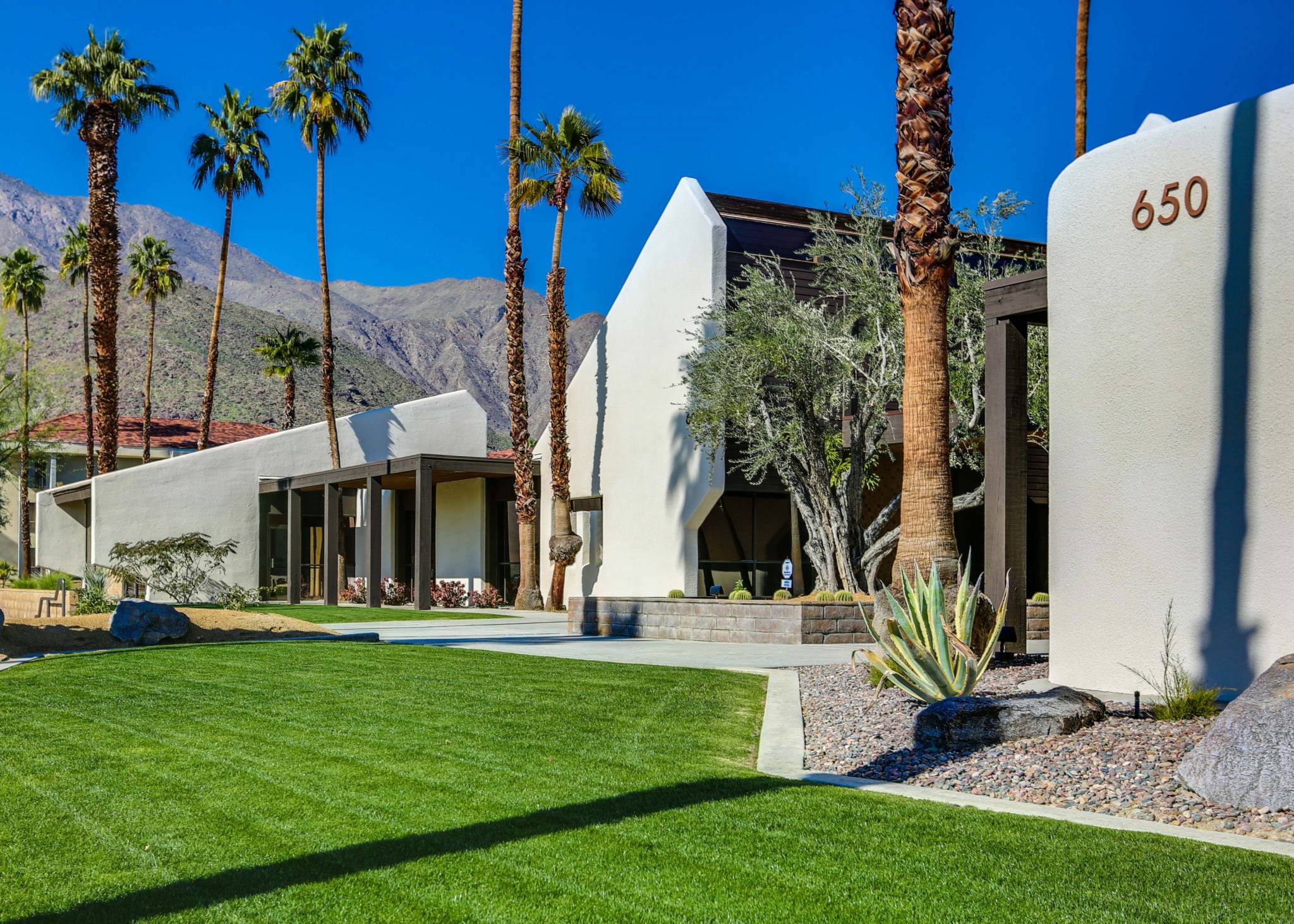 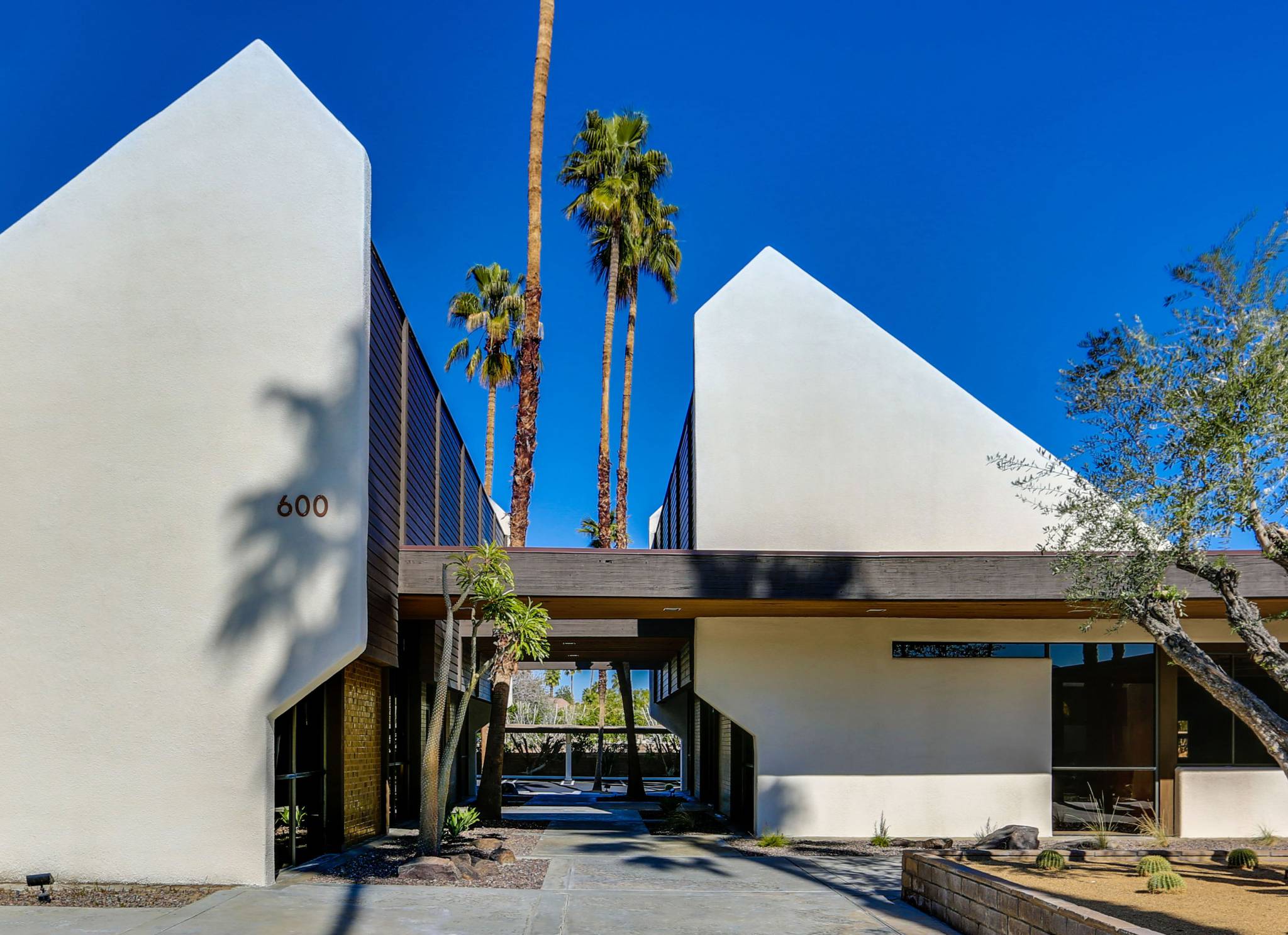 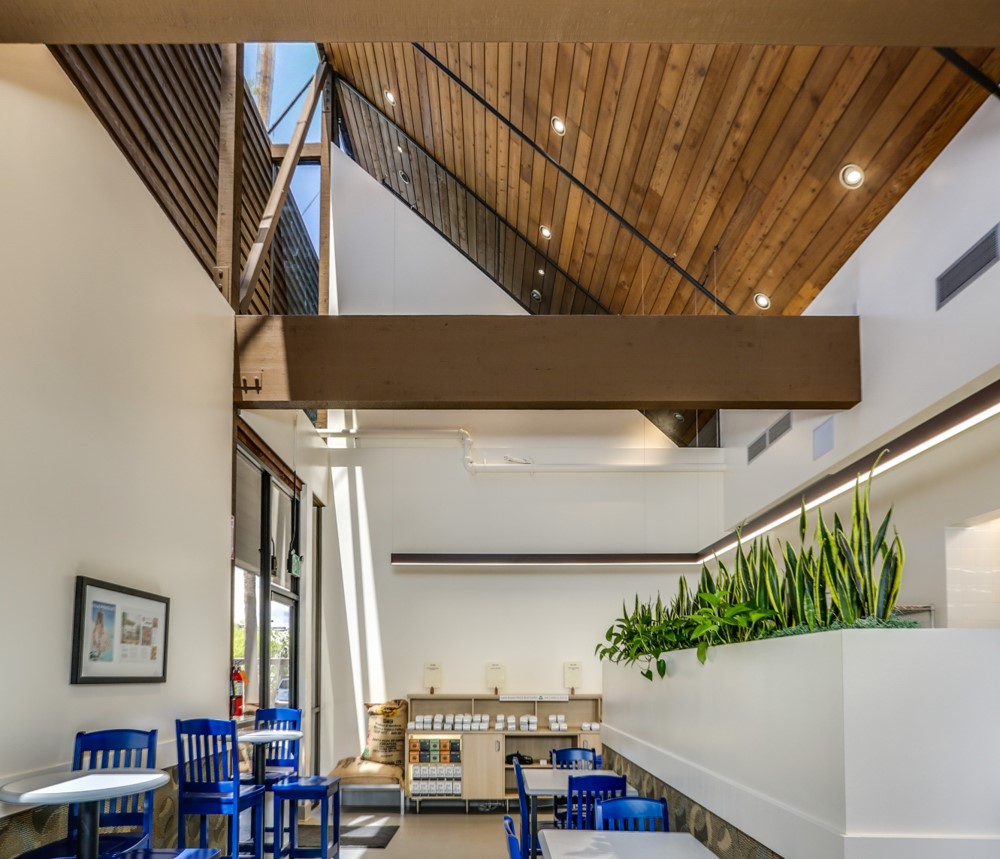 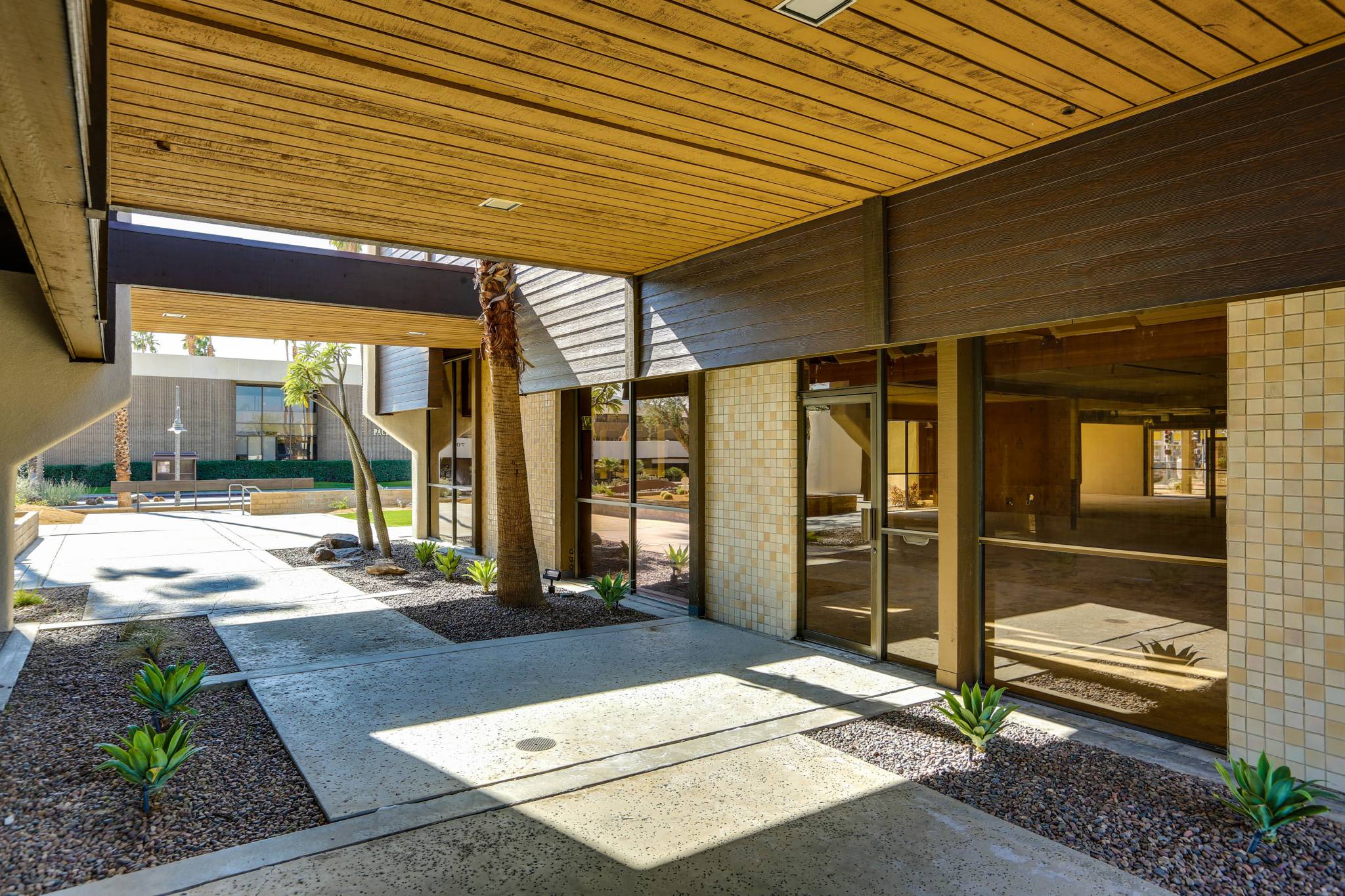 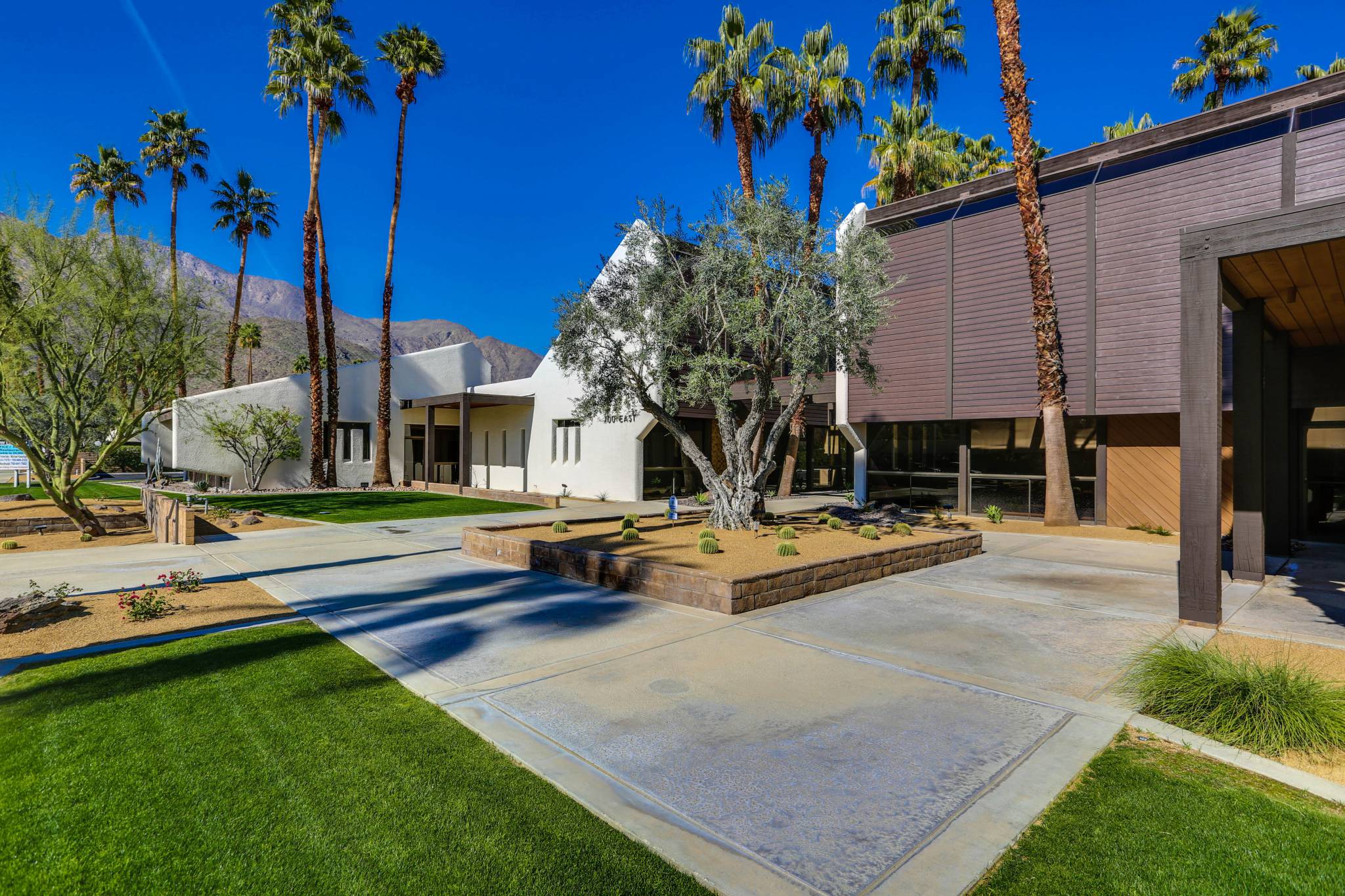 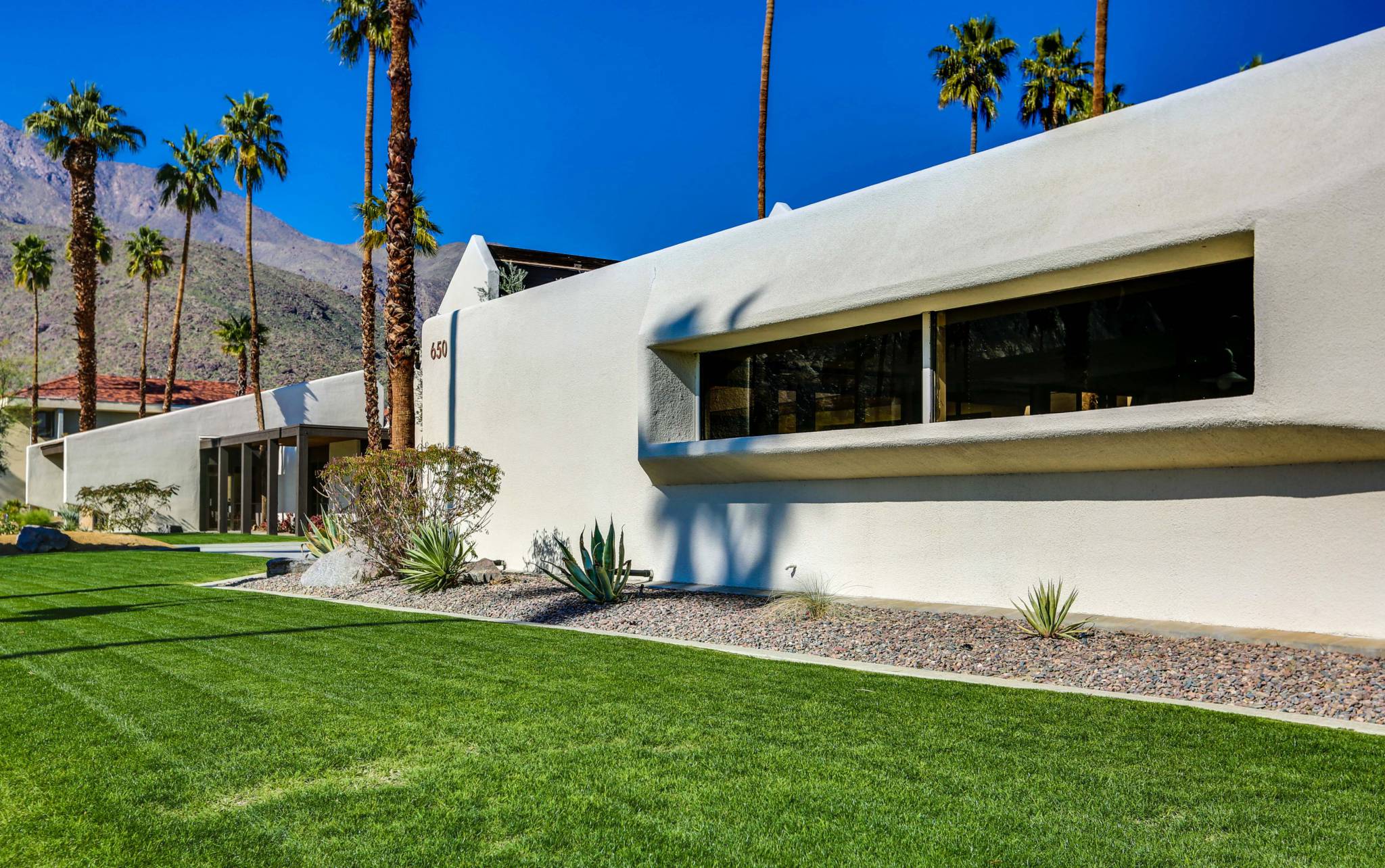