Early cemeteries were more utilitarian, unorganized, and located on family farms or on church grounds. In the 1830’s the concept of rural cemeteries began, with Mount Auburn Cemetery in Cambridge, Massachusetts; rural cemeteries evolved into the lawn-park cemetery, and later the memorial park. In the late 1880’s, San Francisco was the financial center of the west and home to the rich and powerful. It had one of the largest populations in the nation and some 27 cemeteries that lacked perpetual care and subsequently fell into disrepair.

In 1901 a series of laws were passed by San Francisco developers that outlawed burials. In 1937 the San Francisco Board of Supervisors voted to evacuate all cemeteries within city limits and forced its buried to be moved to places like Colma in response to the growing land shortage and cemetery eyesores. Colma has been described as a place where politics, economics, and the cultural history of the American West are represented, a necropolis. This description is due in part to people like Hamden Holmes Nobel and other civic-minded individuals who found the solution to overcrowded and forgotten graves in the concept of remote and landscaped areas where the dead could rest and the living could be rest assured they would be continually cared for. 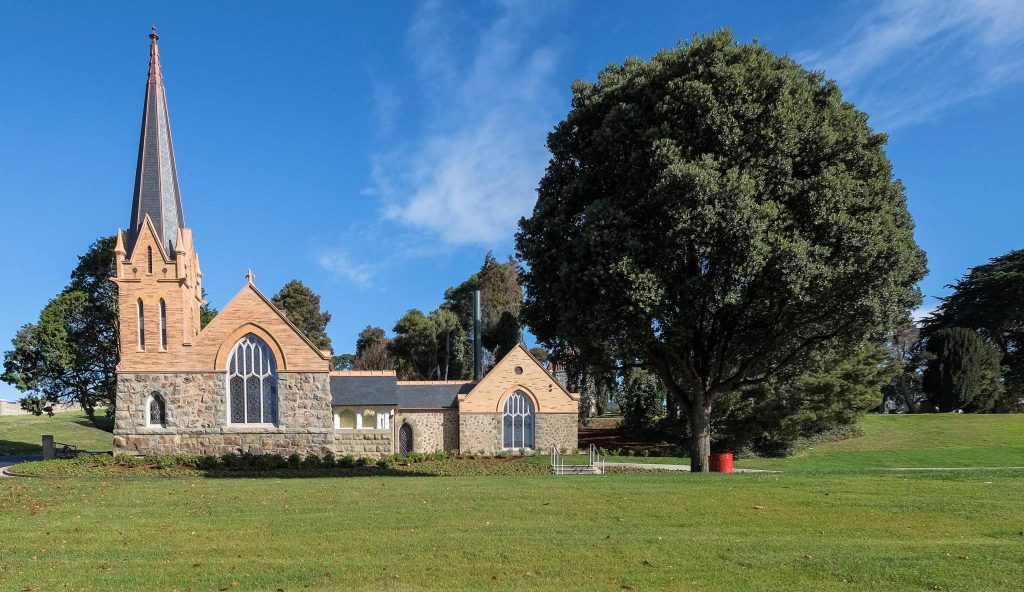 Nobel and other upper-class leaders and members of San Francisco’s financial and investment community founded Cypress Lawn Memorial Park in 1892 on a 47-acre plot in the town of Colma, in the county of San Mateo just south of the San Francisco border. Additional acres were subsequently added. Cypress Lawn Memorial Cemetery is one of the oldest cemeteries in Colma and holds the graves of more outstanding economic, political, intellectual and artistic figures in the history of California and the West than any other cemetery in Colma or elsewhere. Leaders such as Hubert Howe Bancroft, Gertrude Atherton, and Rev. William I. Kip are interned at Cypress Lawn. Economic leaders interned include George and Phoebe Hearst and Elias J. “Lucky” Baldwin. Political leaders include John Percival Jones (founder of Santa Monica, California), Governor Hiram W. Johnson, and Tomas O. Larkin.

Cypress Lawn was the first non-religious cemetery developed at Colma according to San Francisco Extension Project DEIR/SDEIS Historic Resources Evaluation Report prepared for BART/SamTrans. According to an Historical Resources Element conducted in June 1999 by the town of Colma it is one of the “last grand rural cemeteries built in the west.”

Nobel Chapel has been called the “centerpiece” of Cypress Lawn, and one of the twenty-one identified resources of the Cypress Lawn Historic District. It is located across from the more modern Cypress Lawn at the west campus. Nobel Chapel, named after its founder, Hamden Holmes Nobel, was one of the first buildings to be built at the cemetery. The chapel was built by noted San Francisco Bay Area architect, Thomas Paterson Ross, who designed over 250 buildings of various types over his career. 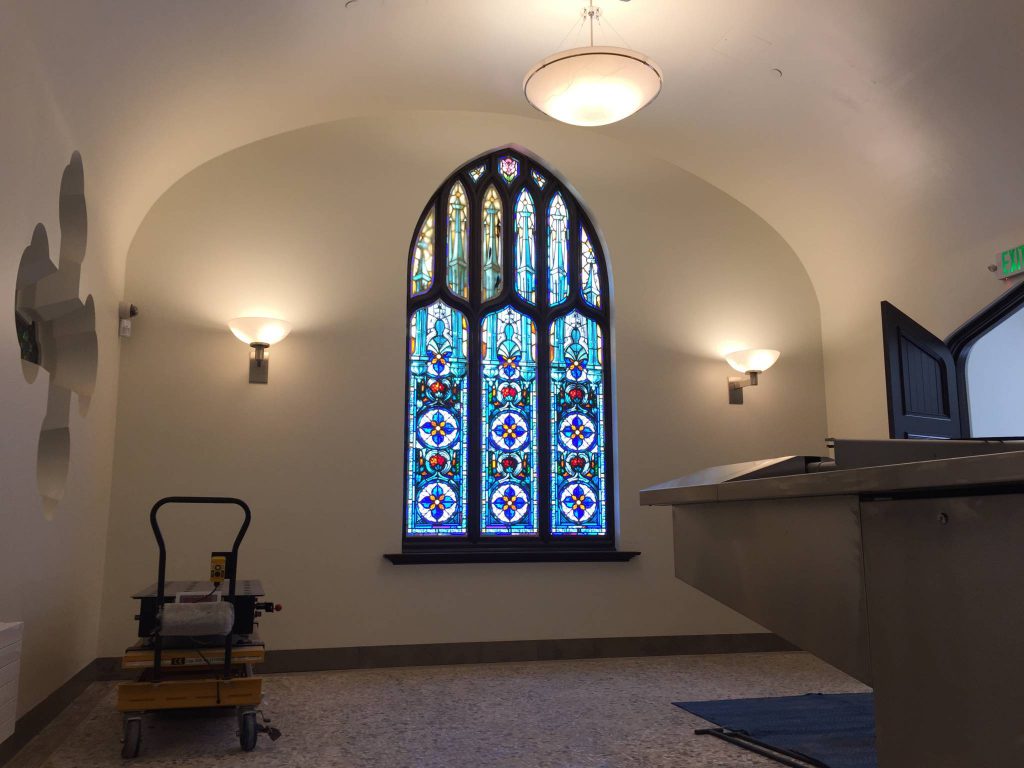 Nobel Chapel is small (accommodates sixty) and built in the English Style Victorian Gothic style – tucked within acres of natural surroundings that connect with the tranquility of its inside gardens. Its Gothic arched stain-glassed windows made by Tiffany, Connick and Lamb are examples of the stained-glass collection featured in other buildings on campus. Its crematorium was added in 1937. Over the years, the chapel’s brick veneers, asphalt shingles, and carpets have undergone piecemeal renovations.

On May 5th, 2013, the chapel’s crematorium was partially destroyed by fire due to a malfunction during operations. The chapel was significantly damaged by smoke and water. Architectural Resources Group, aided by Swinerton Management & Consulting created a thorough historic resource report to guide the preservation and restoration of the chapel, and to rebuild and retrofit the damaged portion of the crematorium. In the crematorium new interior finishes, a new heating system, an electrical system, and a fire sprinkler system were installed. It also received a structural seismic upgrade making it the state-of-the-art facility. 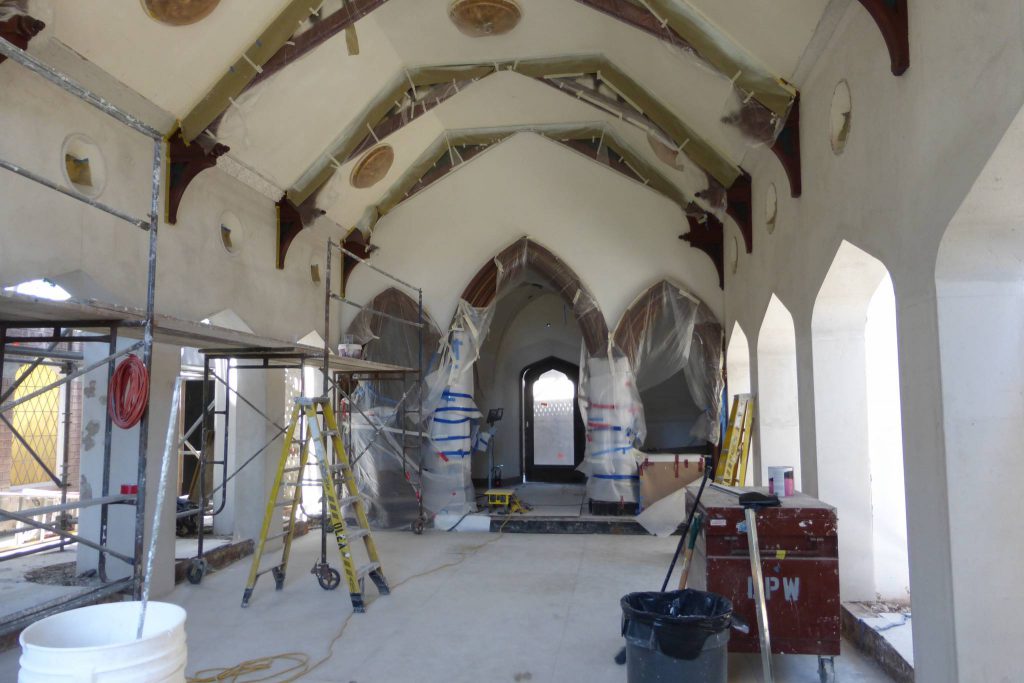 Staying true to the rural, lawn-park, and memorial cemetery movement, and the diversity of programs and community services, create a sense of history – wether honoring the past or creating new memories. This will undoubtedly keep the Chapel and Cypress Lawn memorial in use for generations to come.