A Layered History: The Rebirth of a Napa Icon 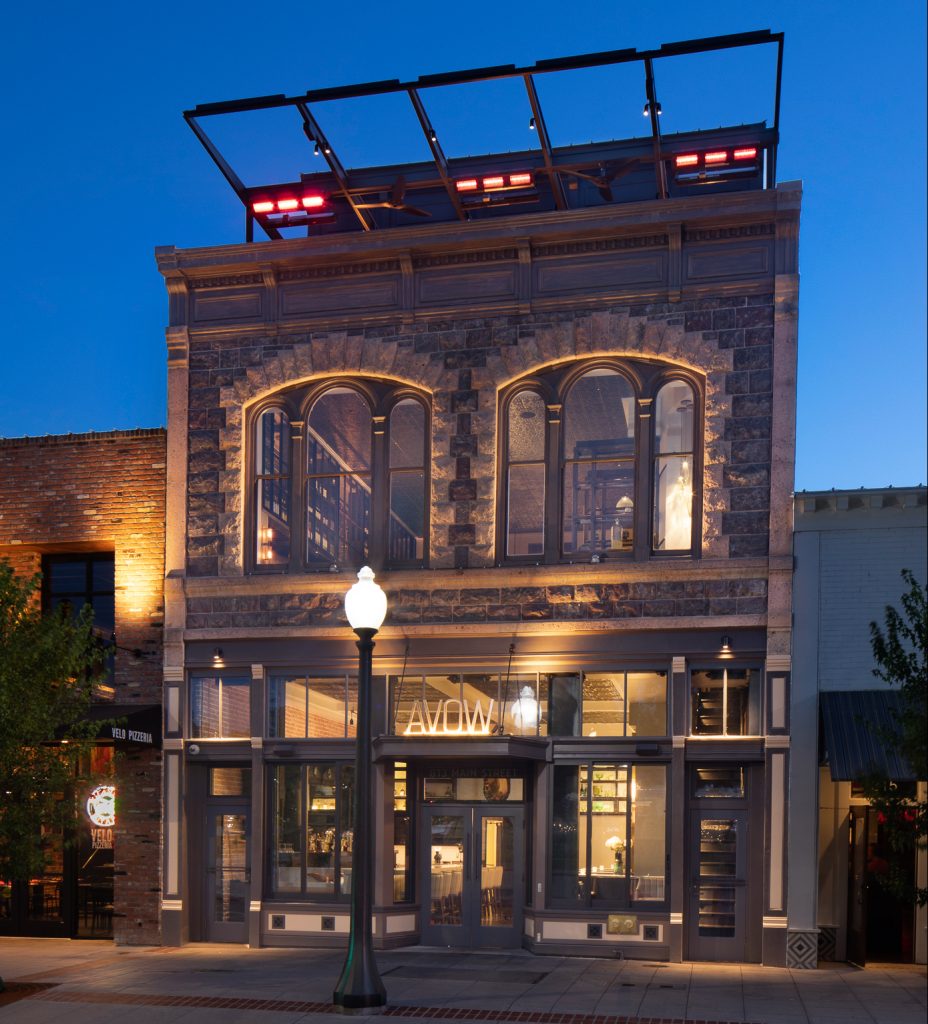 In 2010, citizens emerged in full force to defend the 1940s red-and-blue Art Moderne tile façade of Fagiani’s bar at 813 Main Street in downtown Napa. They wore buttons that read “Free Fagiani’s” and gathered hundreds of signatures for a petition asking the city council to allow the tiles to remain. They succeeded. But nine years later, the building has reopened again as the AVOW restaurant, this time without the tiles—and without the controversy. A lot changed in the interim. 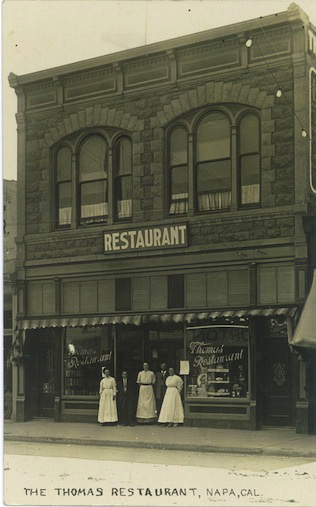 Designed in the Renaissance Revival Style by William Corlett, the building opened in 1908 as the Thomas Restaurant. Nicola Fagiani bought the property in 1945, converted the first floor into a bar, and infilled the storefront with the Art Moderne tile facade. When he died in 1969, his daughters, Muriel and Anita, took over. Five years later, following the tragic death of her sister on the premises, Muriel closed the business and kept Fagiani’s shuttered for decades. Finally, in 2007, she sold it to local developer Steve Hasty, who promised her that his renovation would keep the distinctive tiles. But in 2010, the planning commission vetoed his plans, deeming the tiles at odds with the original architecture. 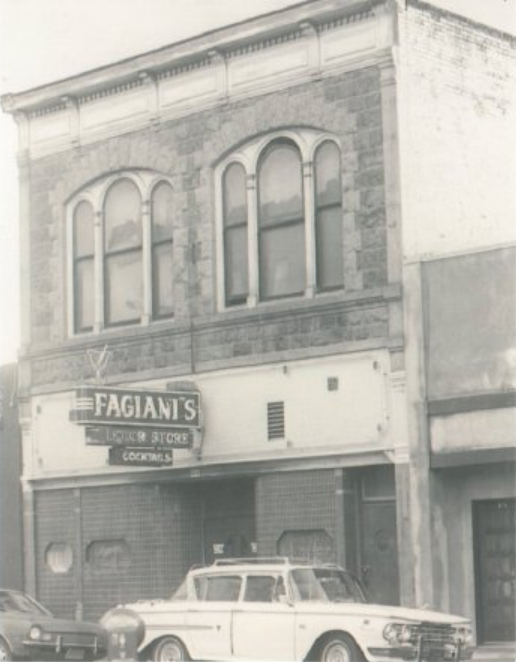 The renovated building opened in 2012 as Fagiani’s Bar and the Thomas Restaurant. Then it closed in 2015, reopening briefly as NineBark before closing again in 2016. Hasty sold the property to Joe Wagner, owner of the local Copper Cane Wines and Provisions. “I happened upon photographs dating back to 1908 to 1910, which showed the original façade having windows on the first floor,” Wagner says. “I understood there was a desire by some to keep the tiles, as they had become an iconic storefront to the generations living from the 1940s on. However, I felt that the building deserved to live in a state closer to its original design. Not only would it honor the architecture as it was intended, but it would allow more light into the very dark first floor, and also show streetgoers what was happening inside.” 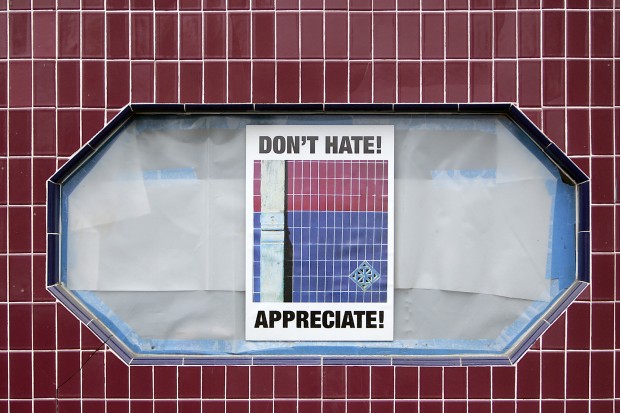 Wagner was unfazed by the previous controversy. “To bring the original look and feel back, I felt that was simply the right thing to do for generations to come, and we were able to properly convey those points to the cultural heritage commission vividly,” he says. This time, the planning commission approved the tile removal. The previous owner had already fulfilled his promise to Muriel Fagiani, who passed away in 2010, and the community’s sentiment had also changed.

Bill Schaeffer, partner and operations manager of local firm Cello & Maudru Construction Company (and CPF Trustee), which performed the renovation for Wagner, says, “The first iteration of the restaurant/bar as Fagiani’s and the Thomas was a nod to both the Fagiani family and the restaurant. I remember how excited I was the first time I saw the building at night with the restored neon sign lit. But as Fagiani’s/The Thomas evolved into NineBark and subsequently went dark, I realized that it was time for 813 to evolve into its own thing, not be a shadow of what it once was. I think the residents of Napa realized this too.” 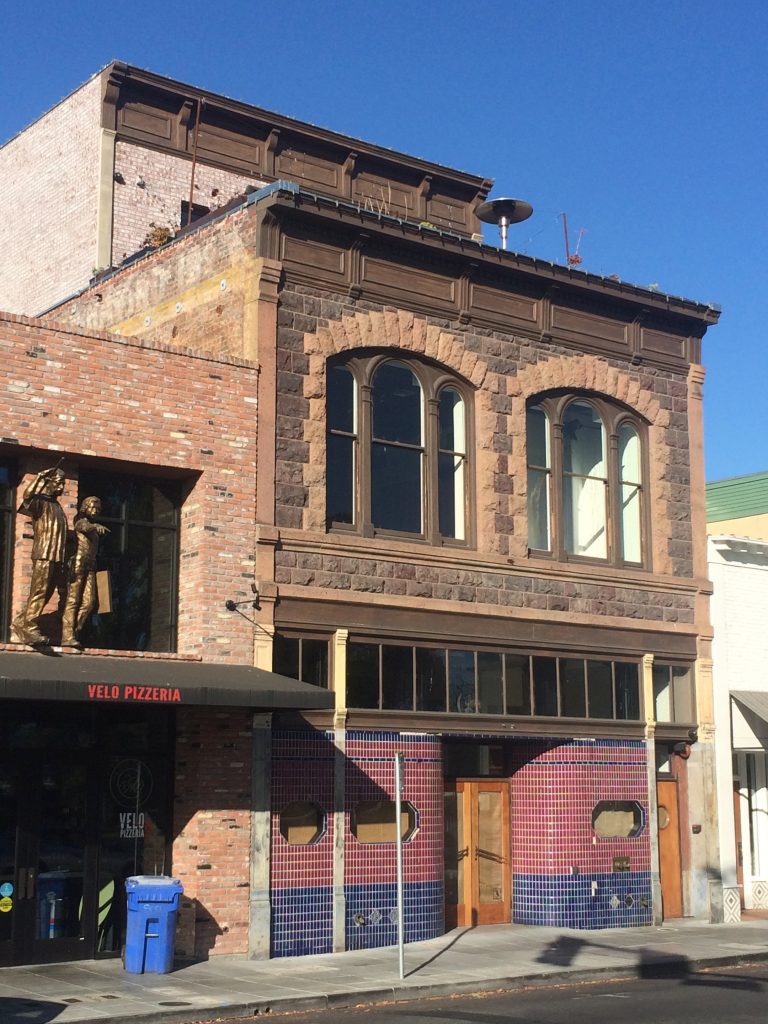 As historic preservation architect, Architectural Resources Group kept the façade’s original four cast-iron columns and reconstructed the wood-paneled storefront base from historic photos, with modern triple-slider windows that resembled their predecessors and allowed the interiors to open to the street outside. A new trellis shades outdoor diners on the rooftop. Plaques honor the Fagiani family with an historic image of the tile facade. Brayton + Hughes designed the interiors for the new restaurant, dubbed AVOW, which opened in 2019.

“I am very passionate about maintaining historic fabric, patina and all, if it’s viable and meets the project’s goals,” Schaeffer says, “However, when a building becomes unviable, then I am usually first on board to reimagine how it can best serve the community in a different form. The nuance of reimagining the space is to not overpower the character and history of the building.” 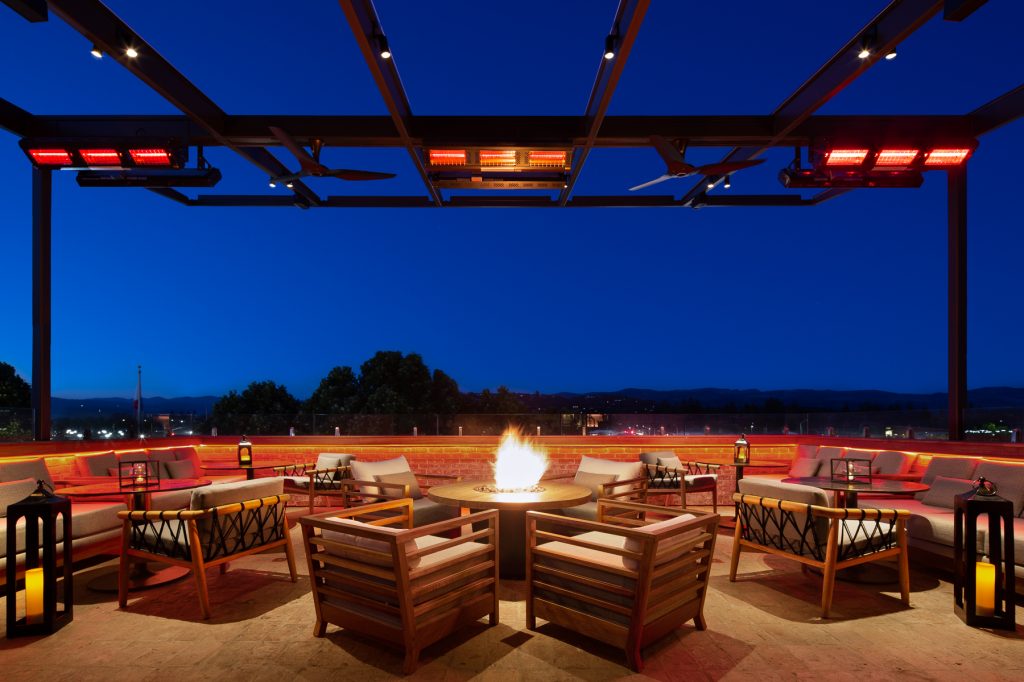 Wagner says that the community has been supportive. “Having this iconic building shuttered was not helping with the progress the city is currently undergoing,” he says. “During construction, I would hear from people on the street, or receive emails, about opening it as quick as we can. Our construction dovetailed with the new street and sidewalk construction on Main Street. The community seems very happy about these additions to downtown.”

Naomi Miroglio has been with Architectural Resources Group since 1985 and became a Principal in 1999. She has designed numerous award-winning projects for historic properties, including seismic strengthening, adaptive reuse, preservation and tax credit projects. Naomi has led the adaptive reuse of multiple buildings at the Culinary Institute of America, Greystone including the Rudd Center for Wine Education, a 2002 California Preservation Design Award, and the William’s Center for Flavor Discovery, a 2004 Napa County Landmark Award. She brings experience working with diverse user groups and development committees in evaluating and rehabilitating significant facilities. Naomi’s professional background is augmented by training in architectural conservation at the International Centre for Conservation, Rome, Italy.

Atascadero Printery – Treasured in the Past, Invaluable for the Future
Saving the Orchards of the Gooch-Monroe Family: California’s Early African American Pioneers