Register for the Preservation Awards

Following the devastating 2014 South Napa Earthquake, I found myself playing historical detective as I worked to uncover the history of a building that, despite decades of shoddy updates, retained hints of its former glory. Four and a half years, and hundreds of research and construction hours later, the home I have lovingly restored will finally get the attention it deserves, as it will be recognized by a statewide audience at the 36th Annual California Preservation Awards on October 18th. The next day, Napa County Landmarks is sponsoring a tour from 10am to 2pm that will explore my project and two other Napa winners. Tickets are available here, and both CPF and NCL members receive discounted registration. Below is a short history of both the house and the discovery process that allowed me to return this neglected structure into the treasure it once was. 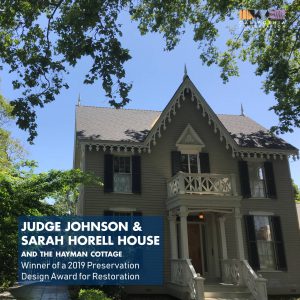 The City of Napa was founded in 1847 by Nathan Coombs, and Judge Johnson and Sarah Horrell arrived just a few years later, coming from Pennsylvania where he had been a successful lawyer. Johnson continued his practice in Napa and was well respected throughout the community and state. His wife, Sarah, arrived later in San Francisco on the ship, Winfield Scott, in April of 1852 with their young daughters – the same year that Johnson was appointed Napa County Judge. He replaced Judge Sellers who had been stabbed and murdered the previous year when a plaintiff was unhappy with the ruling in a suit. Judge Horrell served until 1853 and then continued with his law practice.

In September of 1855 Judge Johnson and Sarah Horrell purchased one half of a city block near the downtown area, between Randolph and Coombs Streets. The Horrell’s built a large two story Gothic Revival house, most likely within the year. It had the typical features: a steep gabled front, decorative bargeboard, shiplap siding, pedimented double hung windows, and a decorative triangular pediment containing a carved trefoil element above the front facing French doors that lead to a small balcony. Bordering on the rear property line was the carriage house/barn. One can only speculate the construction of a Gothic Revival style home in early Napa must have been a bold statement by the Horrell’s.

By 1860, the house was filled with five children under the age of 12, a young teenage girl most likely a nanny, two clerks and a day worker. In 1867, at the age of 70, Johnson was laid to rest and buried in Napa’s local Tulocay Cemetery. Over the following years Sarah tried to hold onto the property advertising in the local paper rooms for rent. However, in 1878 the property was finally acquired by Odd Fellows Savings Bank. Parcels were sold off and the house declined. In 1889 the property was acquired by the Mather family and nearly demolished for a planned new home. Instead, it was decided to move the house around the corner to Randolph Street in January of 1890. Four months later, the Mathers moved into their newly remodeled home. They lived there for five years until they exchanged homes with the Haymans, who had built a Queen Anne jewel, just a few houses away on the same street.

The Hayman family, Luther, his second wife Eva and his daughter Lulu, occupied the home until 1947. They built a shingled cottage in the rear of the property in 1907 and made some other modifications to the main house, removing the decorative bargeboard and replacing the portico with a longer more fashionable porch. At the age of 67 and not being able to keep up the property, even though she also took in borders, Lulu sold the property in 1947.

When Lulu Hayman lost the house it was chopped into multiple units as cheaply as possible. It was sold five more times as it slowly declined into disrepair. The main house had been neglected, minimally maintained along with key historical elements removed so that it was barely recognizable from its original Gothic Revival style. However, if you looked beyond all this you could see traces of its former glory – the uneven sawn-off bargeboard, the old portico foundation, and evidence of shutters once adorning this old house.

It was the rotten wood underpinning and stone foundation that failed during the 2014 South Napa Earthquake. The main house was red-tagged and the tenants in the five units had to immediately vacate the unsafe house and cottage. The earthquake was the wake up call to rescue this property. The property was listed for sale a few months later and I purchased it in March 2015.

Not much was known about the history of the Horrell House until I began to delve into its history and discovered it was much older than was originally recorded in the National Register of Historic Places. Diligent research, comparisons of Sanborn Maps, historical deeds and hours of exploration of online archives slowly lead the way to discover its true origins. I discovered one lucky photo of the house with the original bargeboard. A chance discovery of Horrell’s name on a piece of paper tagged to the inside of the curved interior staircase confirmed its early beginnings.

Slowly, using historical data, the house began its journey back to life. The deteriorated long porch was replaced by a new period appropriate portico. The bargeboard was recreated, in kind, from the found image. The poorly built failing rear additions were replaced and exterior rusting plumbing pipes were relocated inside the walls as the house was seismically upgraded with a modern infrastructure. Great care was taken to reuse and repurpose historical materials. The original windows in the house and cottage were chemically stripped, reglazed and I replaced newer glass with old “wavy” glass. The simple, yet elegant interior curved staircase, the only real surviving decorative interior element, was stripped of its many layers of paint to reveal the mahogany balusters and handrail. Found objects, such as an 1865 silver Mexican coin, was incorporated into a leaded glass window in the cottage. The inappropriate flat 1950’s front door of the cottage was replaced with a vintage redwood door in which a custom leaded glass window with the letter “H” for the Hayman’s who built the cottage. Every day of the week for four and a half years you could find me working on some aspect of the project.

The original goal and objective was to preserve, repair, update and return the house back to a single family home. The damage due to the earthquake along with the decades of neglect required a major undertaking. The project developed into a desire to return the dignity to the Horrell House as an important rare survivor of early Napa.

Over the last few months I’ve found even more history, and connections to two other Preservation Design Award winning projects in Napa, the Ackerman Heritage House and the Napa County Courthouse. Discover their shared historical connections and see the results of their careful restoration in our upcoming tour: Connections of a Judge, JUSTICE and a Lady, on Saturday, October 19 from 10am to 2pm. Tickets are available for $25 for Napa County Landmarks & CPF members, $15 for students (18 years & under), and $30 for non-members. All day of the event purchased tickets are $30 per person. Light refreshments will be available at the residential properties. For more details and tickets, visit NapaCountyLandmarks.org or call (707) 255-1836. Space is limited. 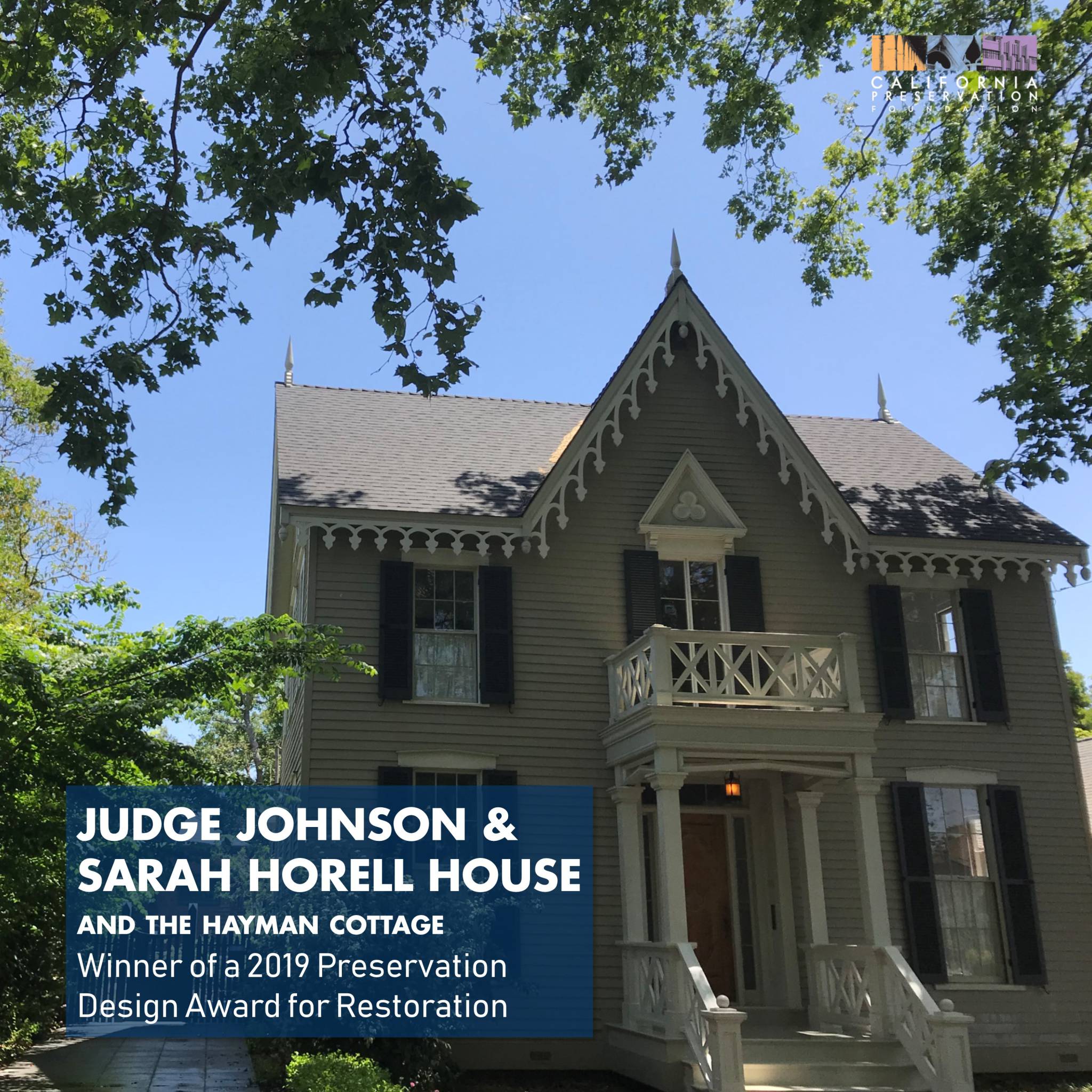 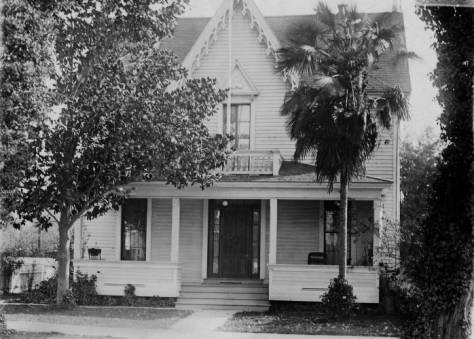 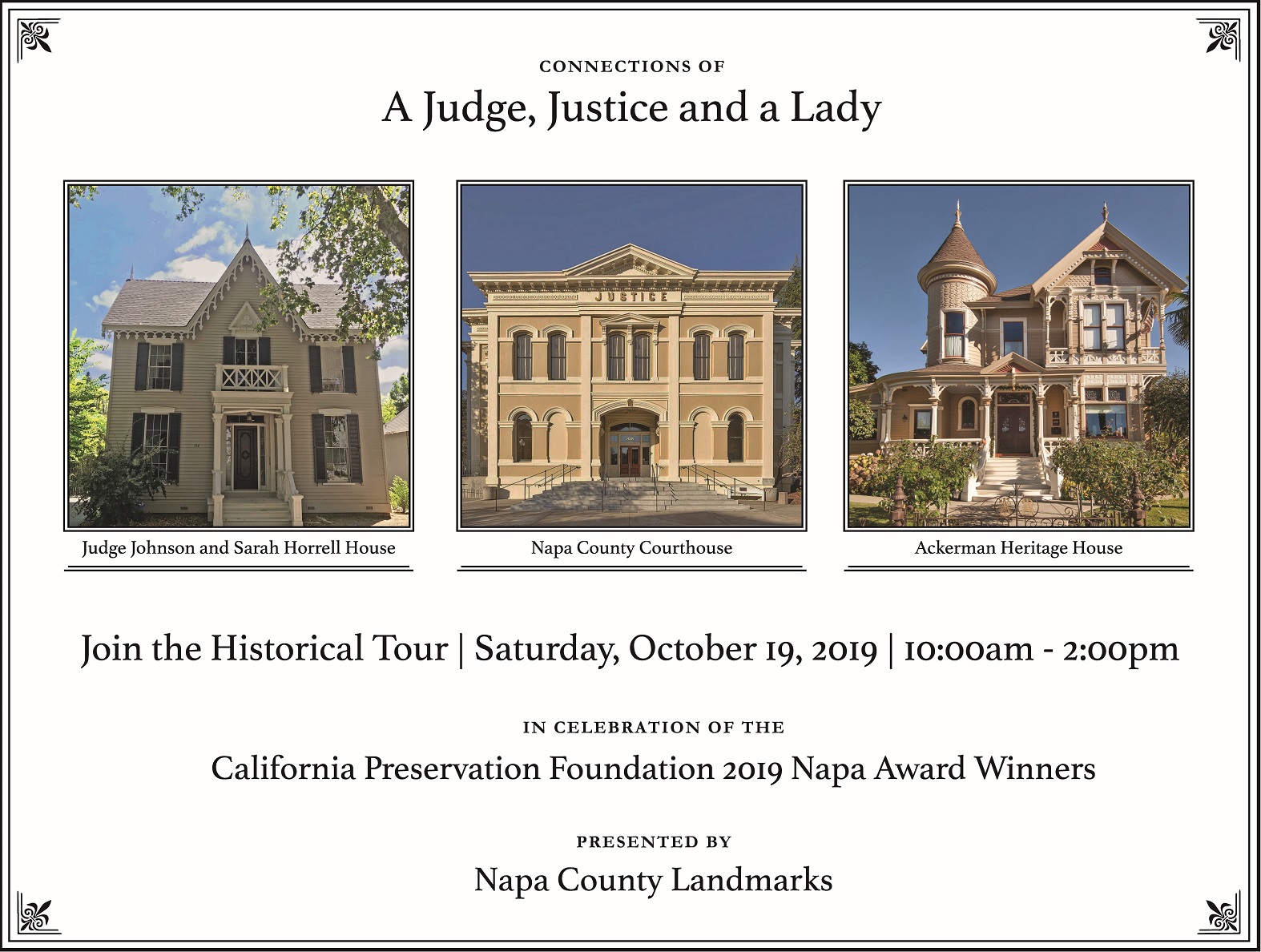 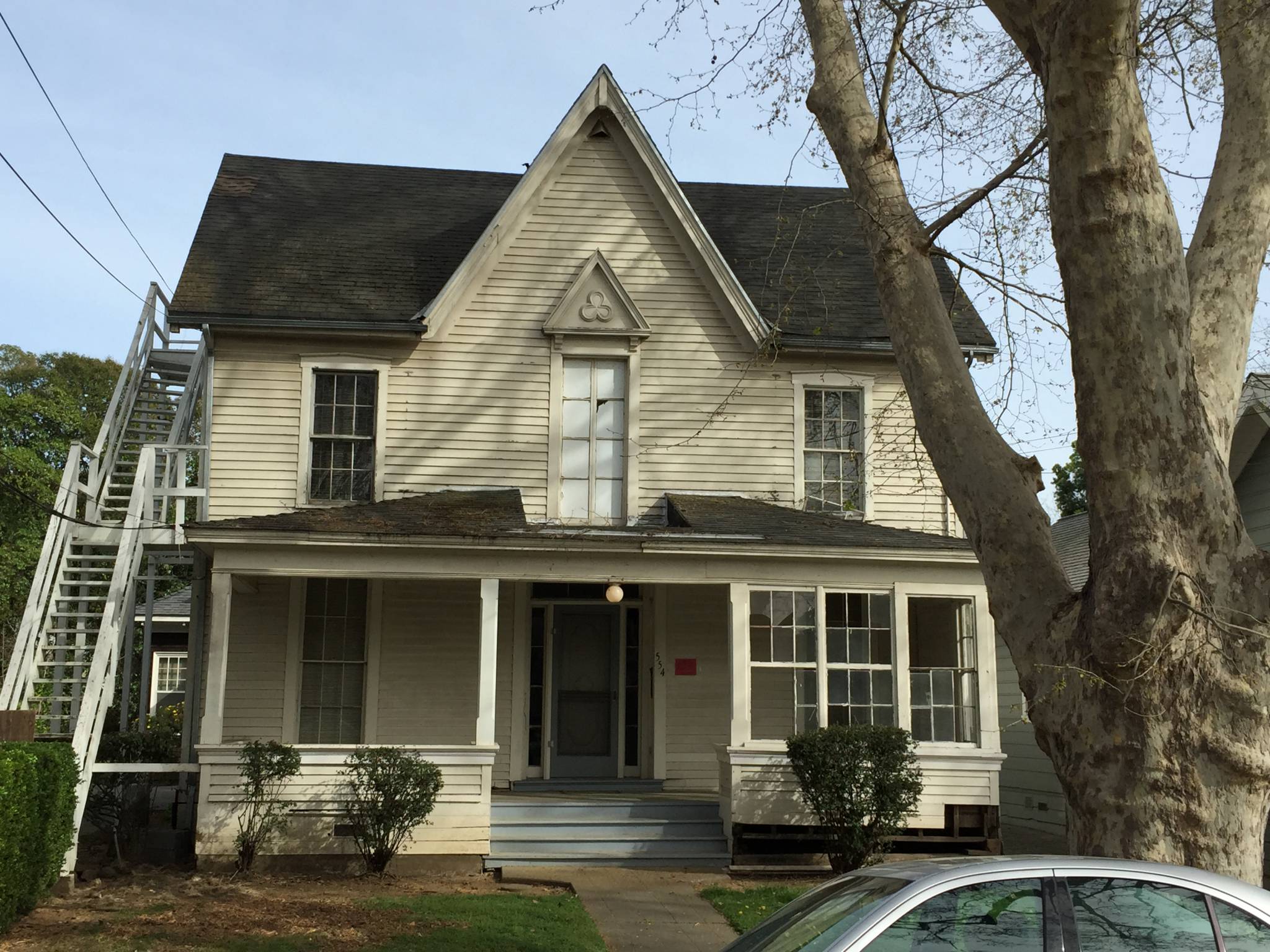 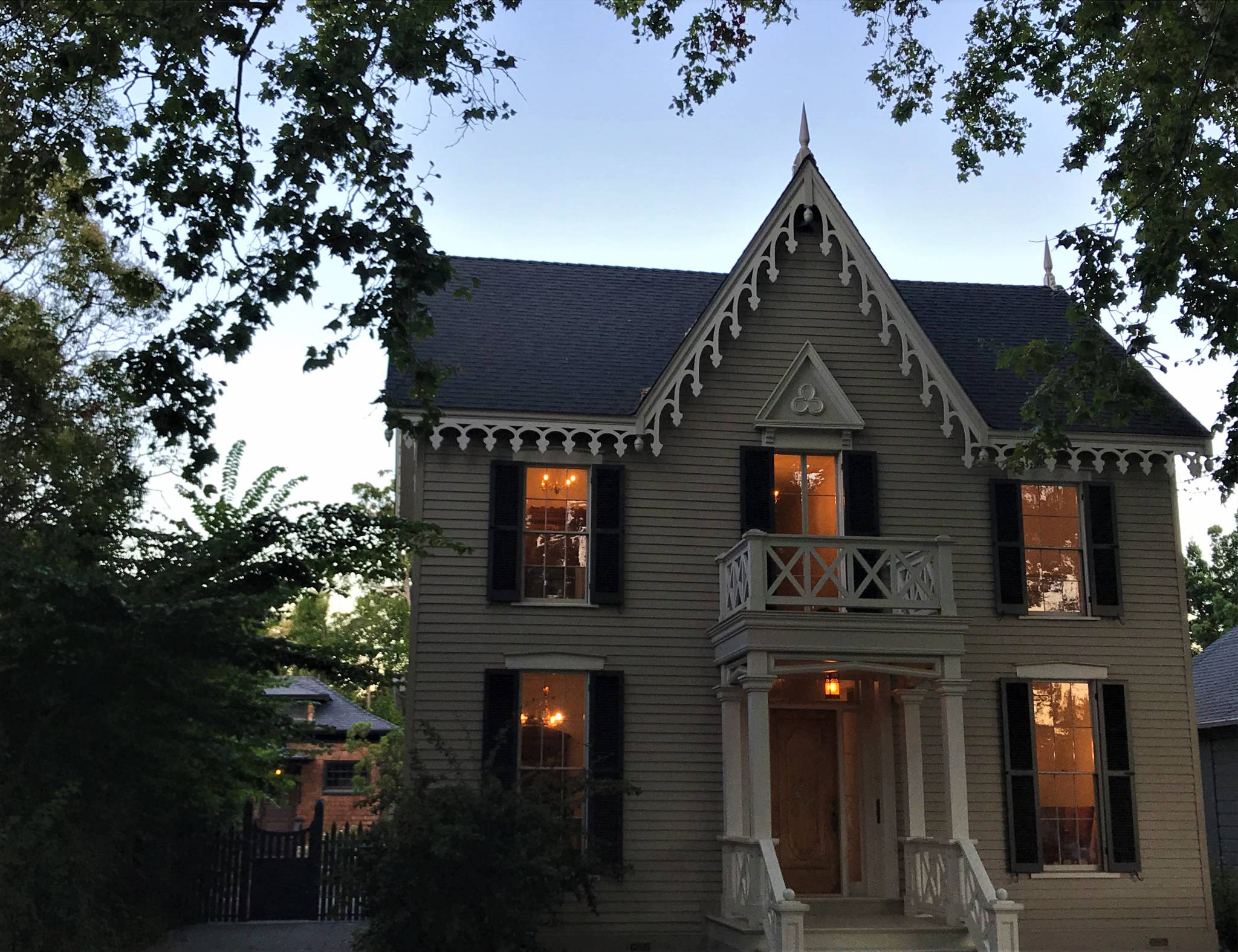 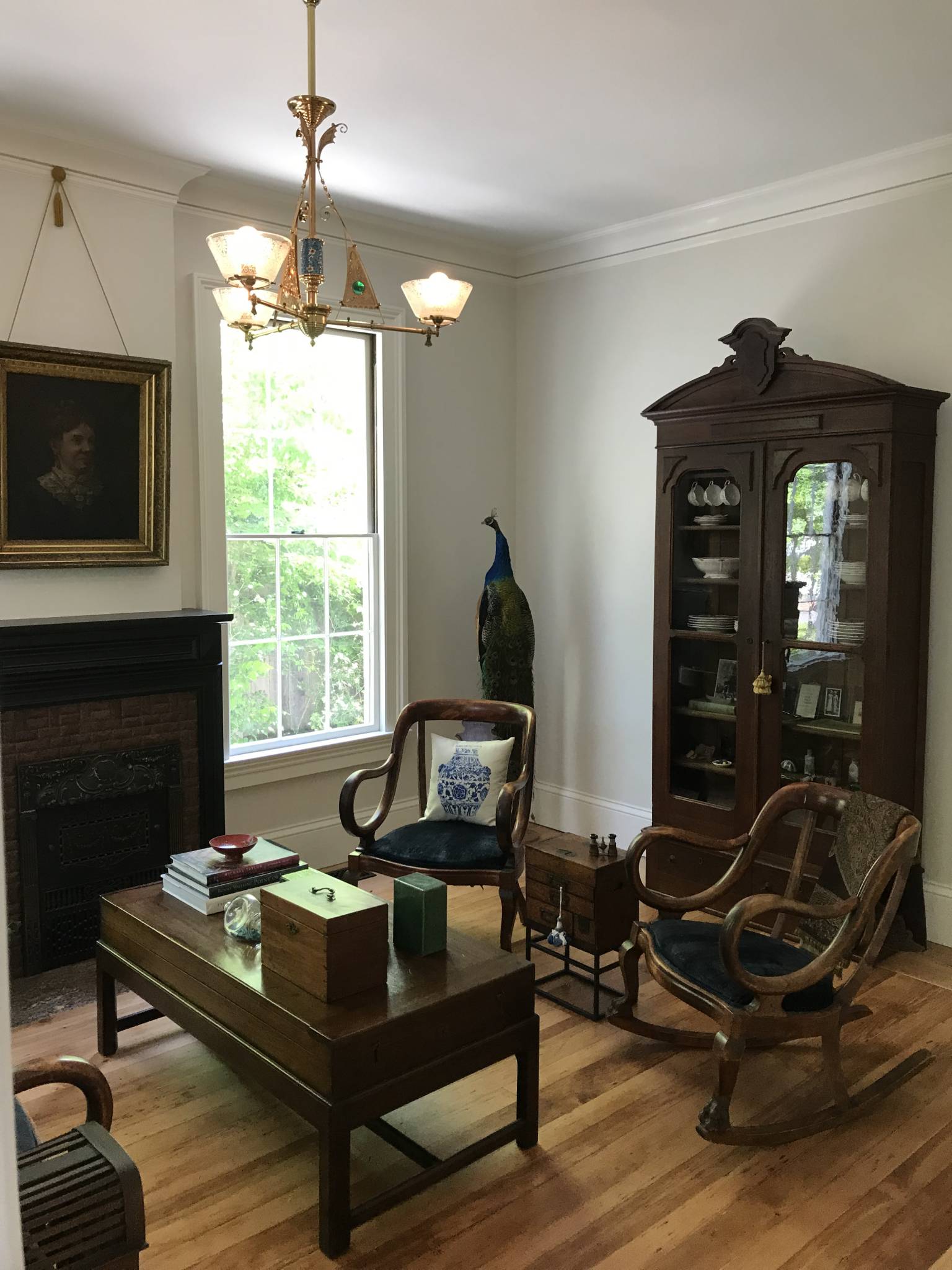 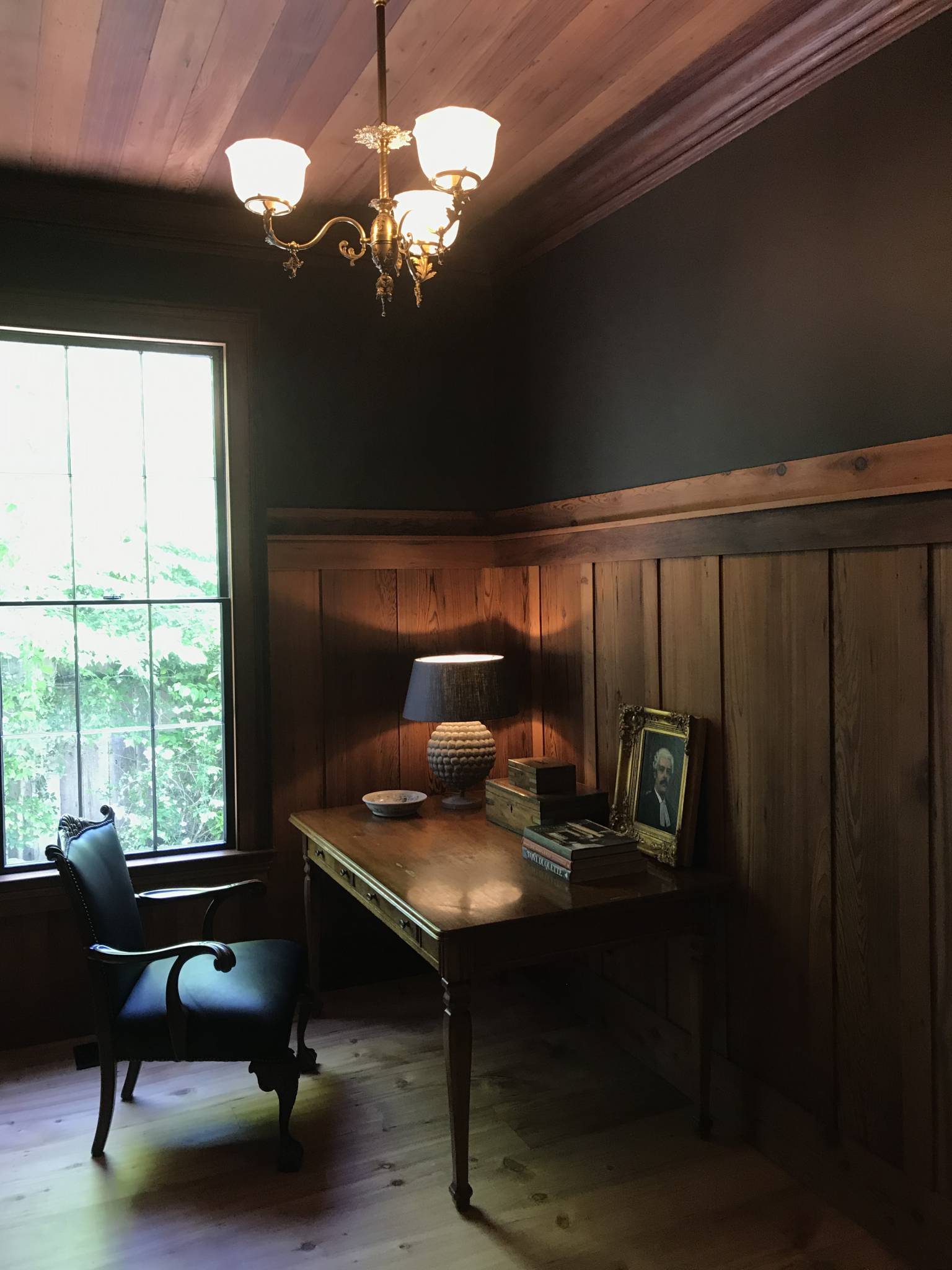 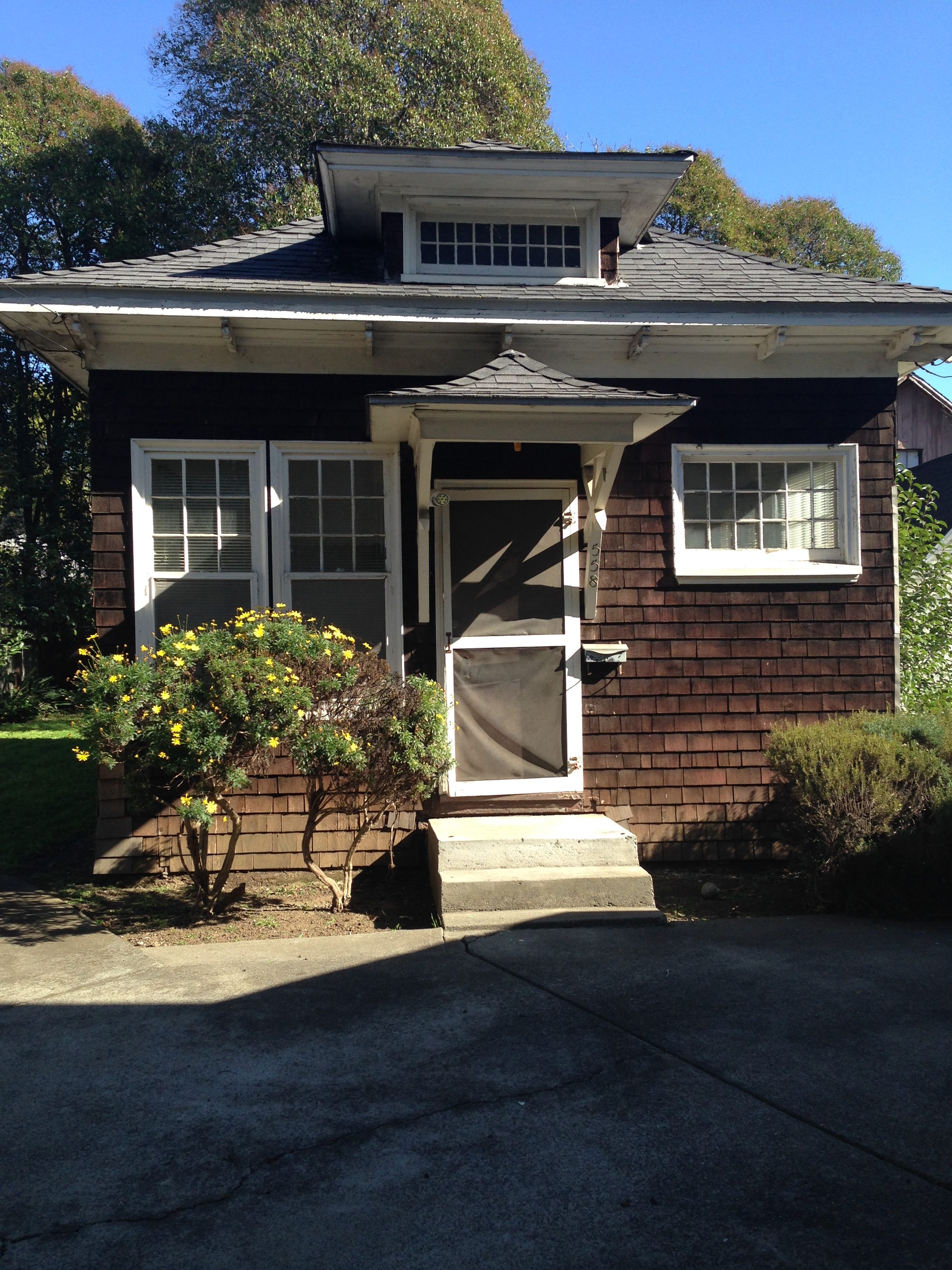 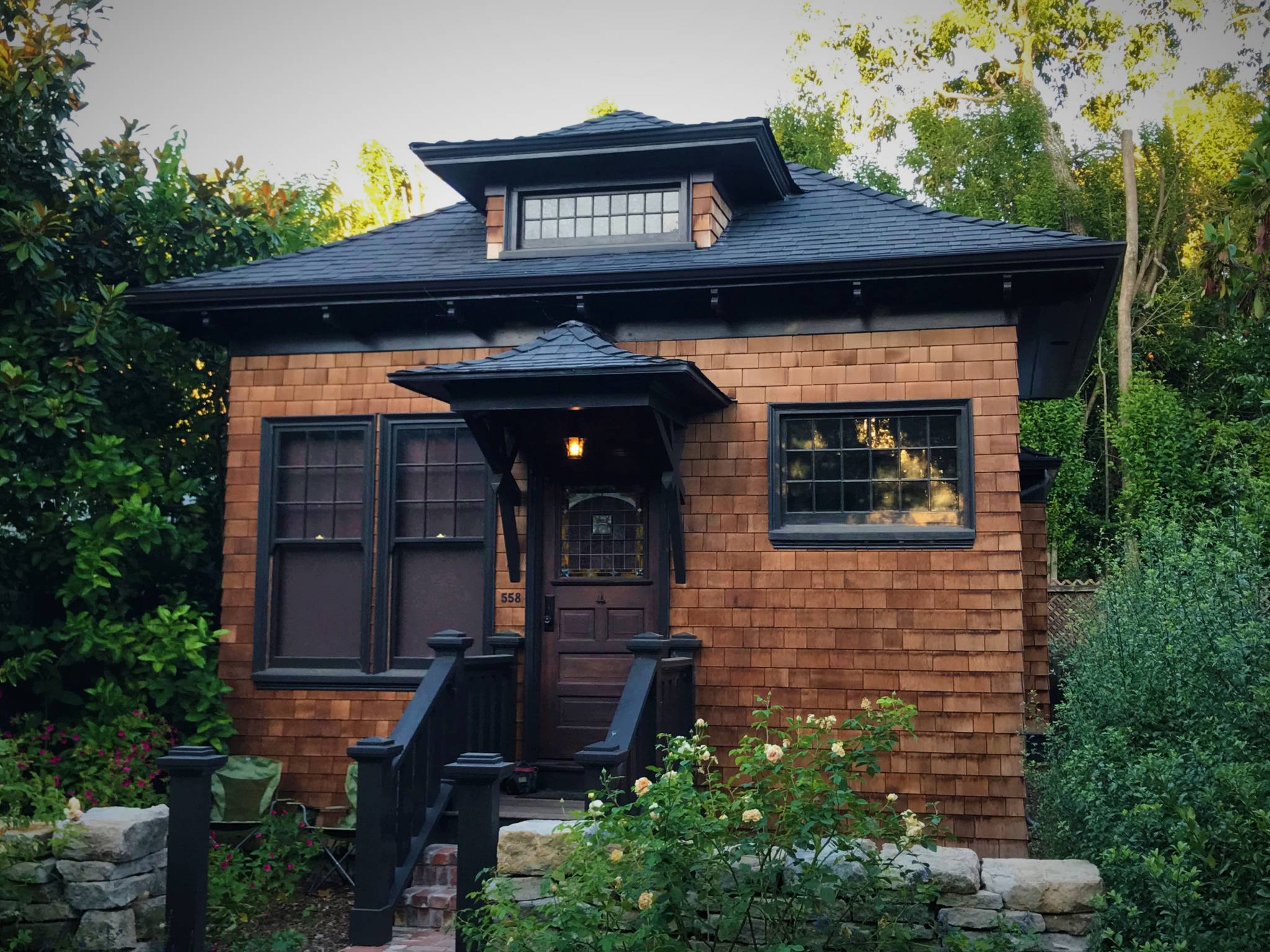 View all posts by Karen Wesson